She fell in love with the boy at the rock show. Kourtney Kardashian is still proudly displaying her love for Travis Barker, this time with an artifact from his past.

The Keeping Up With the Kardashians star, 42, donned a Blink-182 hoodie in an Instagram Story the drummer, 45, shared on Friday, June 4. After he captioned the photo with a red heart emoji, the Poosh founder later reposted to her own account and added, “🥺🖤.”

In another video, Kardashian and her friend Addison Rae — wearing a matching Blink-182 hoodie — lip-synced to the jxdn song “Think About Me.” The artist, whose real name is Jaden Hossler, is signed to Barker’s record label DTA. The Kourtney-approved sweatshirt is currently for sale on Blink-182’s website for $54.90.

In January 2021, Us Weekly confirmed that the musician and wellness guru had been dating for a couple months. “Kourtney and Travis are officially a couple,” an insider said at the time. “They have been close friends for years. … Travis is very smitten with Kourtney and has been for a while.” 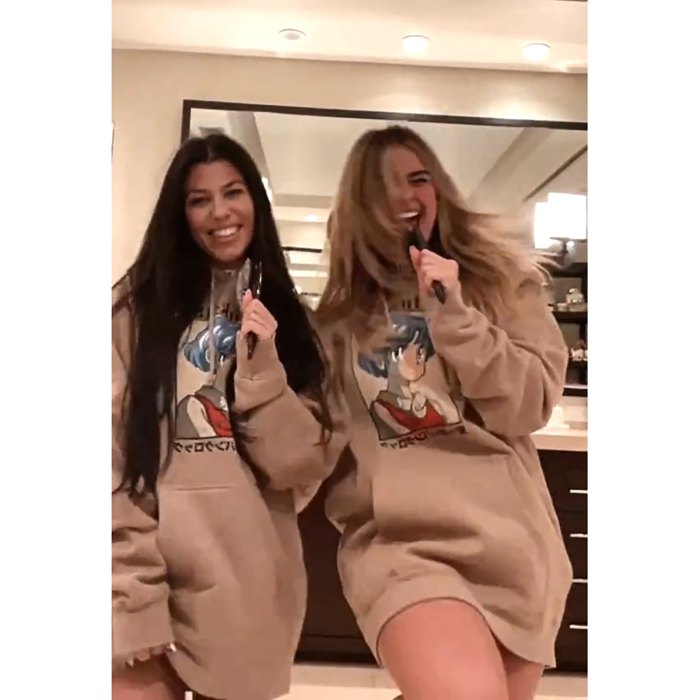 Since then, the pair’s relationship has progressed quickly, with family trips and multiple public displays of affection via social media. For the reality star’s birthday in April, Barker presented her with a huge display of tulips and gardenias, her favorite flowers.

He also posted a much-discussed Instagram tribute to his girlfriend that included a video of Kardashian sucking his thumb before bursting into laughter. “I F–KING LOVE YOU! 🖤,” he caption the post. “YOU’RE A BLESSING TO THIS WORLD HAPPY BIRTHDAY @kourtneykardash.”

Though their social media activity sometimes veers into slightly raunchy territory, their family and friends have so far been supportive of their romance. 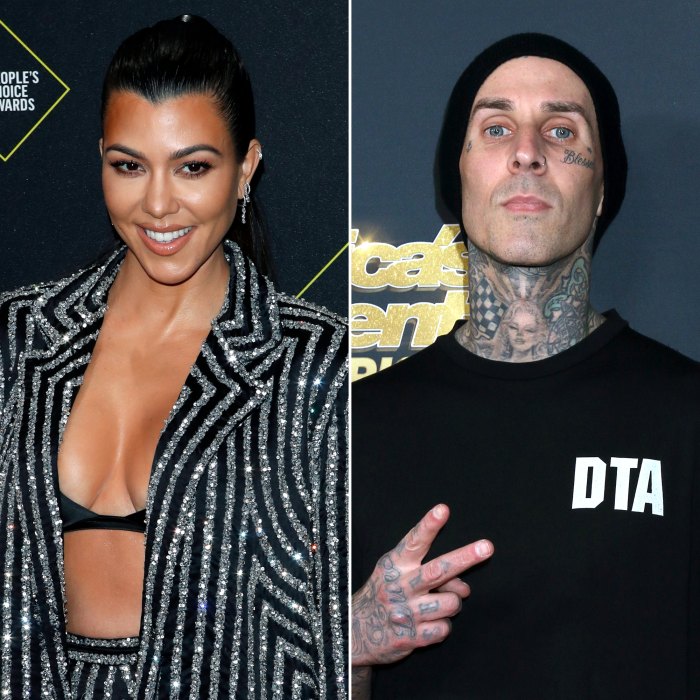 “Kourtney and Travis are so happy together,” a source told Us in April. “And friends think they absolutely will be getting engaged sooner rather than later.”

Their kids are fans too and have joined the duo for outings to Disneyland and a ski trip to Utah, among other things. Kardashian shares Mason, 11, Penelope, 8, and Reign, 6, with ex-boyfriend Scott Disick. The pair split in 2015 after nine years of off-and-on dating.

Barker, for his part, shares son Landon, 17, and daughter Alabama, 15, with ex-wife Shanna Moakler, whom he divorced in 2008.

After his dad posted a series of Instagram photos of himself with the former Dash owner in April, Landon commented, “True love.”

On Thursday, June 3, multiple sources confirmed to Us that the drummer and his kids will be part of the new project that the Kardashians are developing at Hulu. Not much is known about the new show, but Kris Jenner described it as “the next chapter” in May.

“You’ll see us evolving as a family,” the family matriarch, 65, said during a presentation at the Disney Upfronts. “The fans will love seeing us continue the journey. I can’t say much about what’s coming but spoiler, we’re going to look fabulous and everyone’s going to watch.”