KOURTNEY Kardashian was slammed for sitting on Travis Barker’s LAP at the Grammys 2022 ceremony as fans moan over the pair’s never-ending PDA.

The couple was slammed for their PDA during Nas’ performance as Kourtney took a seat on her fiancé’s lap.

Kourtney Kardashian turned up the PDA with Travis Barker at the Grammys 2022 ceremonyCredit: Johnny Nunez/Getty Images for The Recording Academy 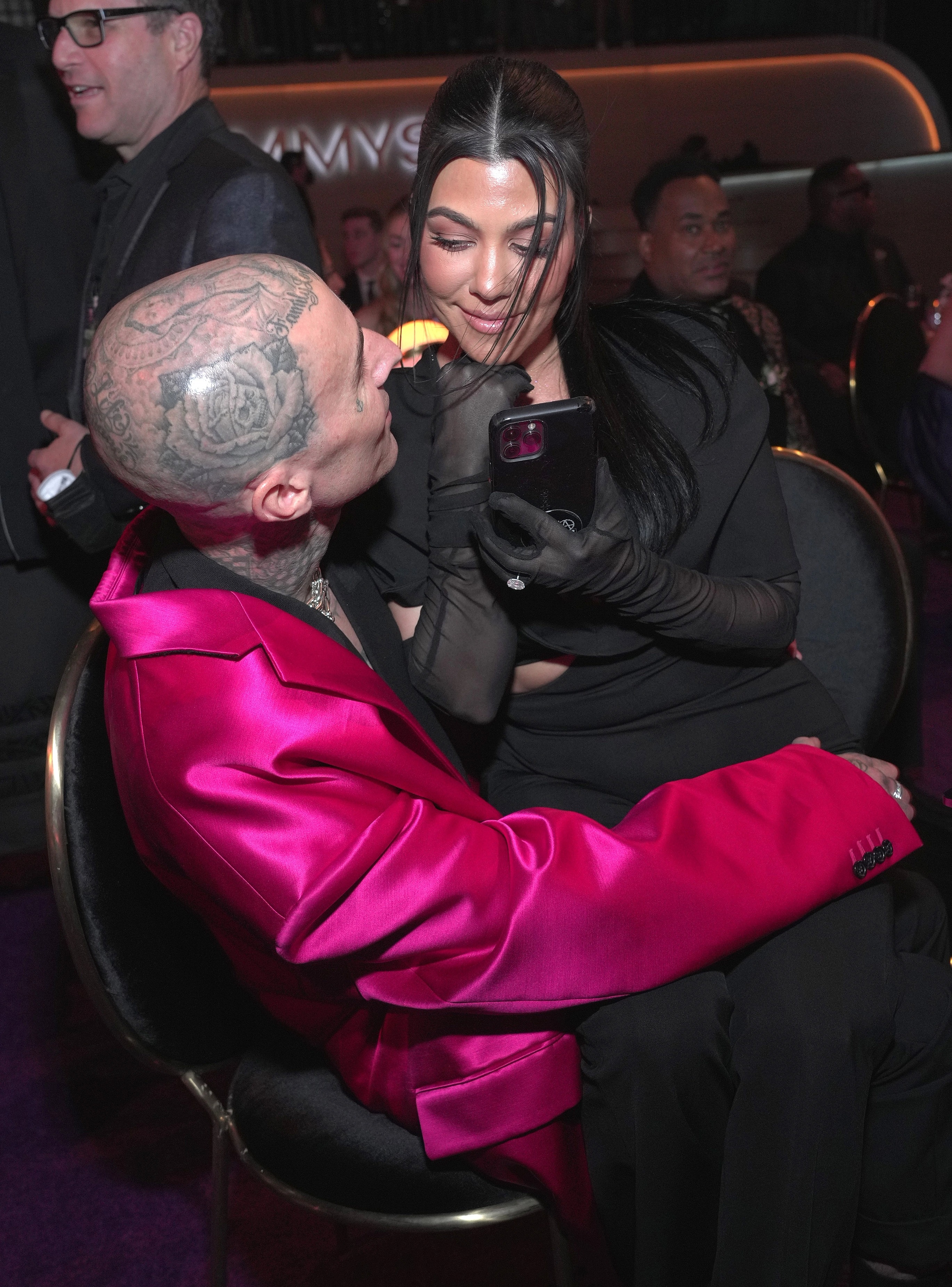 Kourtney was slammed for sitting in Travis’ lap during Nas’ performance

As Nas took the stage at Grammys 2022, Kourtney and Travis turned up the PDA.

Kourtney, 42, took a seat to watch the show in an unexpected place.

The Kardashian left her seat to sit on top of Travis’ lap.

Fans took to Twitter to share the video clip of the couple getting close at the formal event. 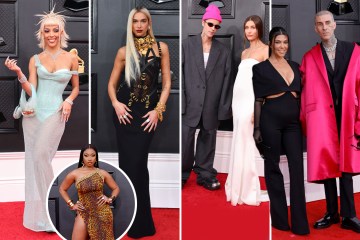 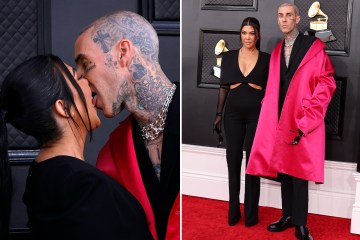 One fan replied in the thread: “Not Kourtney sitting back down on Travis’ lap. Girl, sit on your own d**n chair.”

A second chimed in: “Y’all, why is Kourtney Kardashian sitting in Travis Barker’s lap? Why must y’all? Y’all seriously can’t be that in love?”

A third posted: “Wait… is Kourtney really sitting on Travis’ lap? Did I really see that? Like, girl… You’re at the Grammys, not your mom’s living room…”

Yet a fourth slammed: “Kourtney sitting on her boyfriend’s lap the entirety of the show. I’m cracking up.”

Kourtney and Travis were spotted sharing a sultry kiss on the red carpet at the Grammys after their PDA-filled Oscars appearance.

The reality star looked gorgeous in a black pantsuit with underboob cutouts, black heels, mesh gloves, and her hair slicked back in a sleek ponytail to tie the outfit together.

Her drummer beau stole the show in a black suit with a bright pink trench coat, matched with black loafers and a diamond chain.

The duo posed for the cameras as they arrived on the red carpet, ready for the star-studded evening ahead.

Their Grammy appearance followed their Oscars debut last week when they were spotted packing on the PDA Sunday night.

Kourtney arrived to support her fiancé who was scheduled to perform, wearing a tight black Thierry Mugler dress.

The mother of three put her curves on display as she posed during Hollywood’s biggest night alongside Travis.

As for the rocker, he kept it cool in an all-black suit as his tattoos peeked out of his sleeves.

The famous pair also got quite close and shared a kiss despite months of fans slamming them for excessive PDA.

Earlier in the day, Kourtney took to her Instagram Stories to share with fans a quick peek as she prepared for the Academy Awards.

Kourtney and her fiancé’s frequent public appearances come as they previously shared that they are trying for a baby.

Fans learned the exciting news as Travis and his future wife revealed it in the emotional trailer for the upcoming Hulu series, The Kardashians.

In the video, Kourtney said in a voiceover: “Travis and I want to have a baby.”

The pair were then shown visiting a doctor as they were instructed to “put a sample in this cup.”

In another clip released earlier this month, Kourtney, who shares her three kids with her ex Scott Disick, 38, opened up about the effects of IVF on her body.

During her confessional, she said: “Travis and I want to have a baby, and so my doctor took us down this road of doing IVF.”

She added: “Like, it hasn’t been the most amazing experience.” 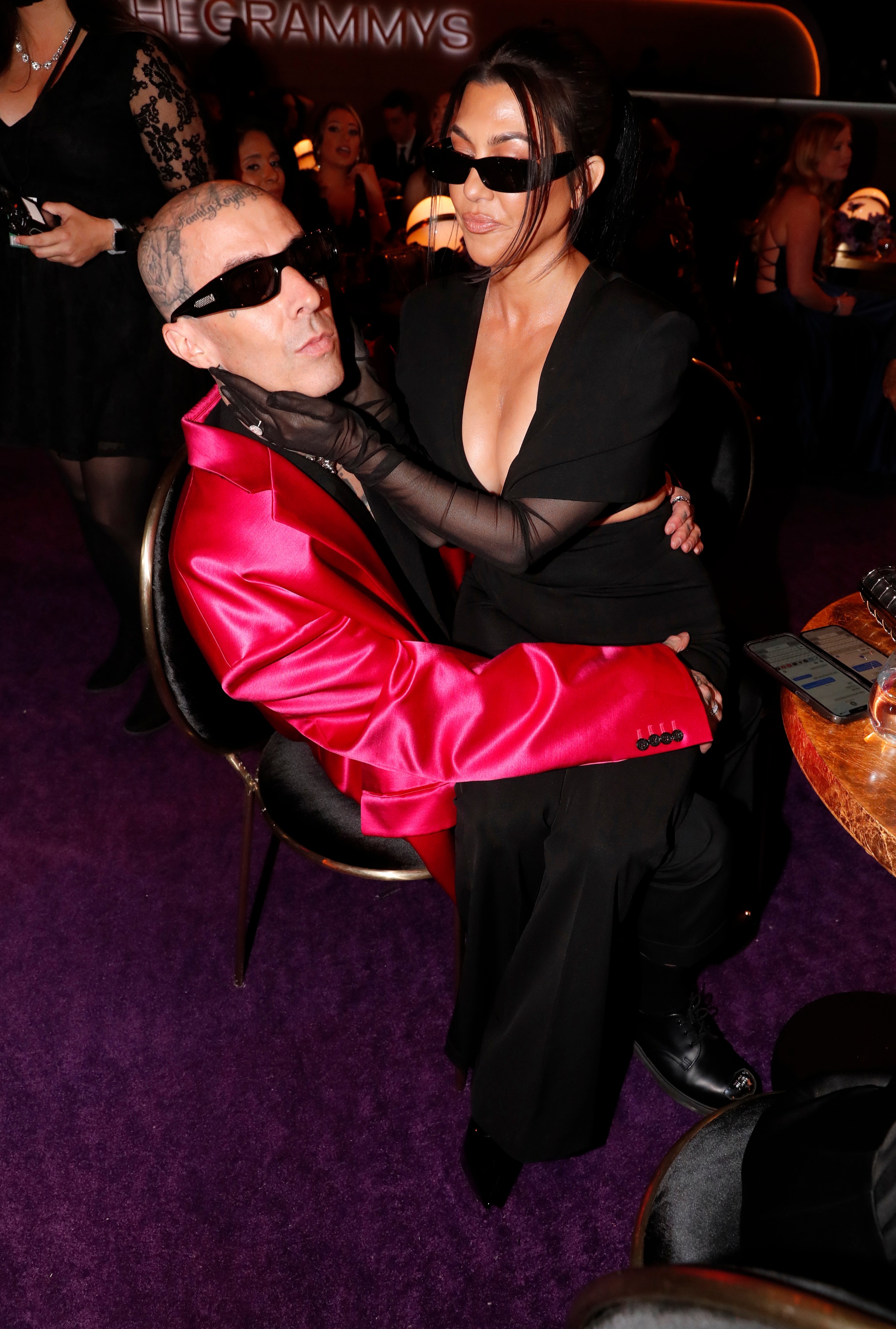 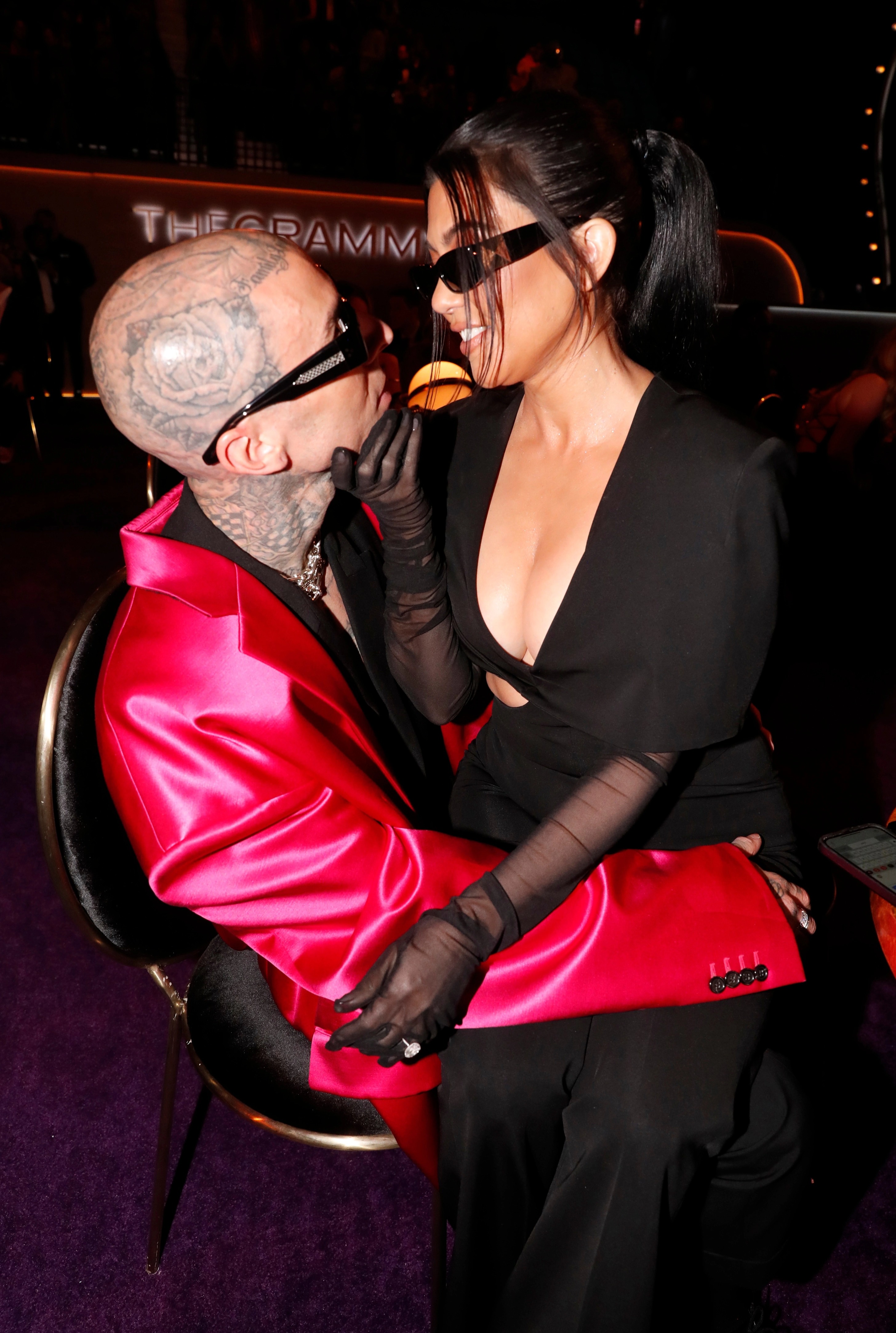 Kourtney and Travis also packed on the PDA at their Oscars appearance last weekCredit: Johnny Nunez/Getty Images for The Recording Academy 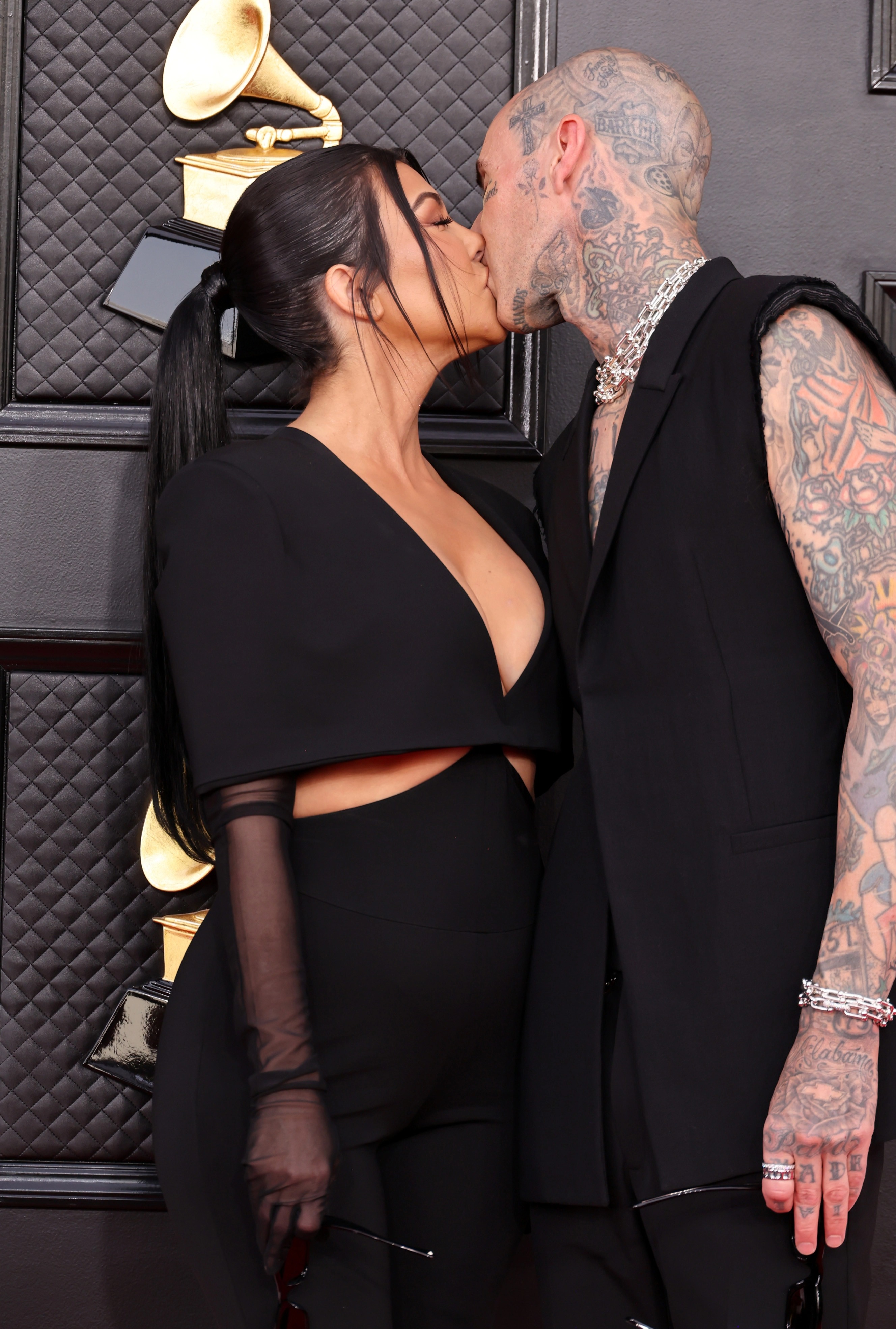