A touching reminder. Kobe Bryant and his daughter Gianna Bryant were honored at the site of their helicopter crash on Wednesday, January 26, two years after their deaths.

Sculptor Dan Medina erected a statue of the late NBA All-Star and his daughter at the location in Calabasas, California where they died in a fatal accident in January 2020 alongside seven other passengers. At the time, the athlete was 41 and Gianna was 13.

The brass monument shows Kobe wearing his Los Angeles Lakers uniform and smiling down at Gianna with his arm around her. The base is inscribed with the phrase: “Heroes come and go, but legends are forever.”

Beneath the sculpture, Medina listed the names of everyone who was killed in the crash, including baseball coach John Altobelli, his wife, Keri, and their daughter Alyssa. Pilot Ara Zobayan, girls’ basketball coach Christina Mauser, Sarah Chester and her daughter Payton were also on board when the helicopter went down on its way to a basketball game at the Mamba Academy in Thousand Oaks, California, which Kobe was scheduled to coach.

The sculptor placed the 150-pound sculpture at the crash site himself at 4 a.m. PT on Wednesday, per The Los Angeles Times. Medina removed the statue at midnight on Thursday, January 27, but he is reportedly hoping to replace it with a permanent, life-sized memorial.

Kobe is survived by wife Vanessa Bryant and their three other daughters: Natalia, 19, Bianka, 5, and Capri, 2. In February 2020, Us Weekly confirmed that the former model, 39, filed a lawsuit against the company that owned and operated the helicopter involved in the accident. A confidential settlement was reached in June 2021.

Vanessa filed a separate lawsuit against the Los Angeles County Sheriff’s Department in late 2020, suing for negligence, invasion of privacy and infliction of emotional distress. While providing her deposition statement in October 2021, she opened up about how she learned of the deaths of her husband and daughter.

In the transcript of her statement, which was obtained by Us, Vanessa claimed that she wasn’t informed about the fatal crash until hours after Kobe and Gianna died. According to the philanthropist, an assistant told her that morning that “there was an accident and that there were five survivors,” but that she “didn’t know” whether her loved ones were safe. She recalled her phone being flooded with notifications and driving to see the authorities in Malibu when she was unable to get any information about Kobe and Gianna. 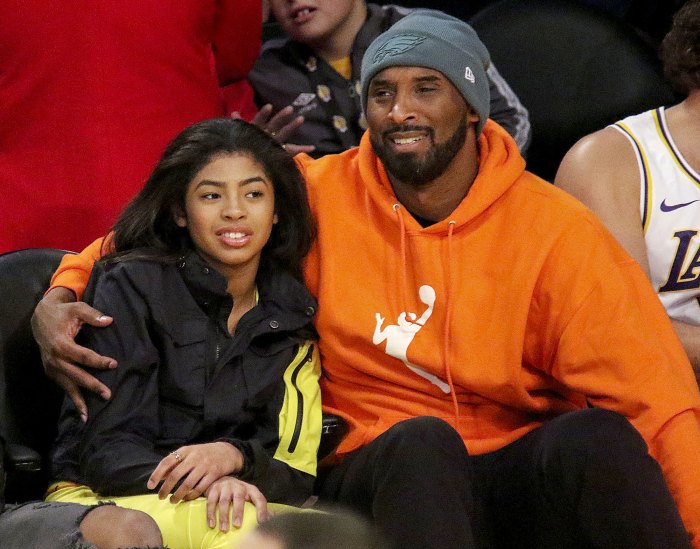 “We got there and I kept asking if my husband and my daughter were OK. No one would answer me,” she claimed, alleging that several deputies took pictures on their phones after arriving at the crash site, even though she asked the sheriff’s office to prevent any photos from being taken.

In November 2021, Vanessa was ordered to turn over her mental health records and therapy transcripts by the end that month as part of her suit against L.A. County. According to court documents, a judge requested at the time that her therapist provide documents from January 2017 to present day to help prove that the photo leak caused her emotional distress. A trial is set to start next month.