Kirsty Young was left visibly emotional as she signed off the BBC’s coverage of the Queen’s death and funeral.

Many broadcasters covered the momentous occasion, with the BBC and presenter Huw Edwards being particularly praised.

Kirsty, who returned to broadcasting earlier this year for the Queen’s Platinum Jubilee, signed off the BBC’s coverage and appeared to choke up as she gave a poignant monologue.

‘A veil of sorrow has covered the nation but the Queen’s funeral has surely exemplified her reign. She united us in one final act of togetherness, unifying the United Kingdom and indeed the world beyond in respect, ceremony, and significance,’ she said.

‘As a very young woman, she famously said her whole life, whether it be long or short, would be devoted to our service. Well, never was a person truer to their word. And today we have come together, many of us with tears in our eyes, but all of us with an abiding warmth in our hearts for all that she gave.

‘Just over three months ago, the world and a certain little bear said, “Thank you for everything,” and the Queen looked as though she thoroughly enjoyed the occasion. We will surely be ever grateful to have had that final opportunity to celebrate with Her Majesty, her remarkable and long reign.

Huw Edwards has also been praised amid the coverage (Picture: BBC)

‘If, as she once said, grief is the price we pay for love, then the weight of our collective sorrow is testament to the depth of affection in which she is held. She made history, she was history. Queen Elizabeth II is gone but she will surely never be forgotten.’

Many viewers urged for the BBC to be ‘protected’ amid its coverage of the Queen’s funeral, helmed by Huw, with Kirsty, Fergal Keane, David Dimbleby, and Sophie Raworth were also on the bill to cover the historic event alongside him. 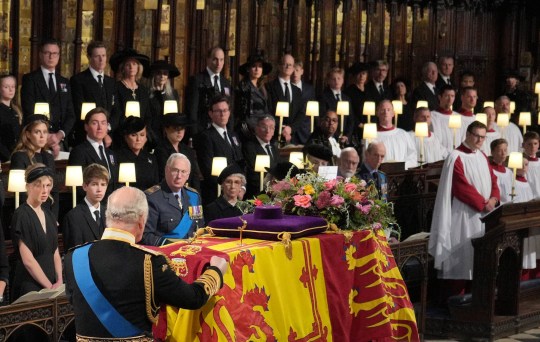 King Charles III places the the Queen’s Company Camp Colour of the Grenadier Guards on the coffin at the Committal Service for the Queen (Picture: PA) 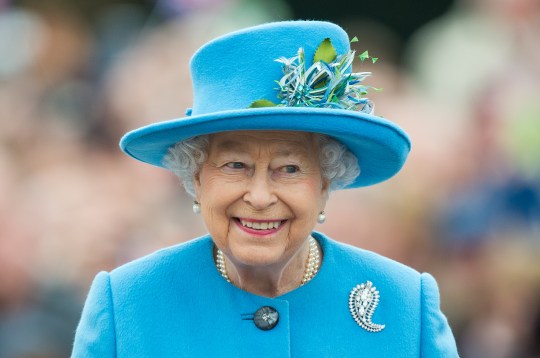 The Queen died at the age of 96 on September 8 (Picture: Samir Hussein/WireImage)

While those watching have joked that Edwards really needs a holiday, having broken the news of the Queen’s death 10 days ago, on a more serious note, others have shared how much the broadcaster needs protecting as it has really shown its value in coverage today.

‘The @BBC coverage of this is nothing short of outstanding. Huw Edwards’ commentary is weighted perfectly, the camera work outstanding. The BBC is precious and must be protected at all costs,’ one person wrote.

Another penned: ‘The video and sound from the BBC outside broadcast team, pooled and shown around the world across dozens of channels, has been outstanding. A gentle reminder of where the licence fee goes.’

This comes after plans for the BBC’s controversial licence fee to be scrapped.

Earlier this year, then-Culture Secretary Nadine Dorries indicated at the groundbreaking plans for an overhaul after stating the next announcement about the fee would ‘be the last’.

The BBC licence fee is an annual payment which is currently set at £159. It normally changes on April 1 each year but it is expected to freeze for two years until April 2024, at which point it’s speculated the fee will be axed.