Burying the hatchet. Kim Kardashian seemed to confirm that she and her family have made amends with makeup artist Joyce Bonelli four years after their falling out.

The Skims founder, 41, shared a photo of a PR package from Bonelli’s skincare line via her Instagram Story on Thursday, April 28. Kardashian didn’t caption the photo or add any text other than tagging the entrepreneur and her company, Joyce Bonelli Cosmetiques Skin, but the gesture seemingly marked the end of their years-long feud.

“I’ve been with the girls for so long and we’ve been through so much. It’s been over a decade,” Bonelli told Pret-a-Reporter in June 2017 about her ups and downs with the famous family. “We’ve known each other since the beginning, before they were famous. After they started their show people started really loving them and then hating them and now they’re loving them again, there’s been so much that’s happened. Now each one of them is a phenomenon in their own way.” 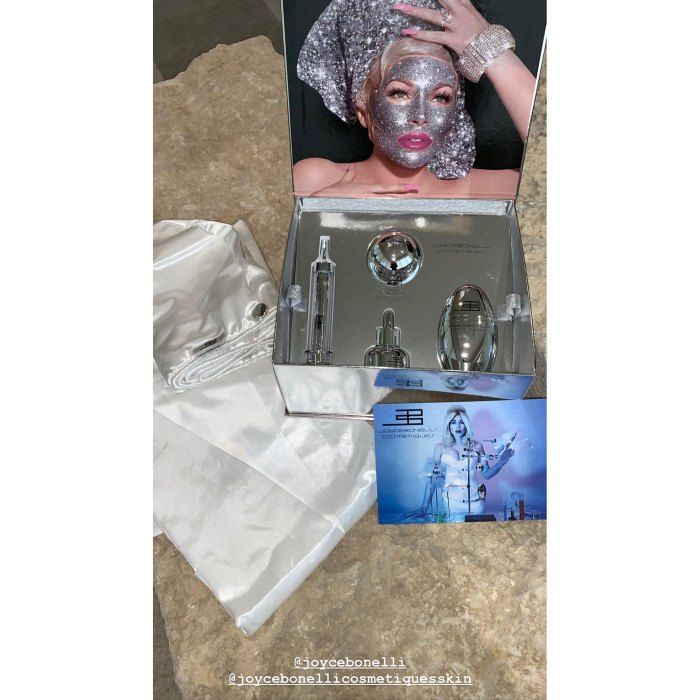 She continued: “We text every other day and we talk about everything. Even if I’m working with a different client, we’re always talking and FaceTiming. We talk about kids. We talk about the fun, scandalous stuff. They’re like my sisters.”

One year later, however, a source confirmed to Us Weekly exclusively that the Kardashians abruptly parted ways with the esthetician. “The family doesn’t speak to her anymore. She hasn’t worked for them for months,” the insider said in 2018.

Though all of the Kardashian-Jenners unfollowed Bonelli on social media, though the source told Us that things ended amicably, “They just stopped working with her because they didn’t see it as a right fit anymore.”

Bonelli implied that it was her decision to walk away, telling Us exclusively in July 2018, “I definitely have never been fired in my entire life. And something personal happened to me that I wasn’t OK with and that’s what happened.”

At the time, the makeup mogul explained that separating herself from the Kardashians freed her up to work with more A-List clients than she could before. “I work with Salma Hayek, Joan Smalls, Emily Ratajkowski,” she said. “This happened a year ago, so to me, it’s old news, but if people want to talk about it now, it’s actually giving me such a favor so that people know that I’m available, honey.”

The Kardashians, for their part, have never publicly commented on their falling out with Bonelli.

Before their rumored feud with Bonelli, Khloé Kardashian made headlines when fans noticed that she had suddenly stopped working with her longtime stylist, Monica Rose. “What would you do if you found out a friend was stealing from you?” the Good American cofounder, 37, wrote via Twitter in 2017. “Would you cut off the friendship and let God handle it? Or would you go the legal route?”

While Khloé never revealed who she was referring to in her post, eagle-eyed fans noticed that all of her sisters had also unfollowed Rose on social media.

“I haven’t worked with her in maybe four years, so my reason is not connected to this,” Kim said during an appearance on Watch What Happens Live With Andy Cohen at the time when asked about the rumored falling out. “I just needed a new vibe. Why everyone else [did], you’re going to have to ask them. But for me, I wanted a new vibe. … I just wanted the change … [but] that’s not the reason [I unfollowed her], so you’d have to ask Khloé, and Kendall and Kylie, and the girls.”