Having a moment. Kim Kardashian took a drive to Palm Springs, California, days after her split from Kanye West made headlines — and Olivia Rodrigo‘s hit single provided the perfect soundtrack.

The 40-year-old Skims founder shared a video via her Instagram Story on Monday, February 22, while listening to “Drivers License” as her car sped by mountains and windmills. In the background, the 18-year-old Disney Channel star sings, “All my friends are tired of hearing how much I miss you / But I kinda feel sorry for them / ‘Cause they’ll never know you the way that I do.” 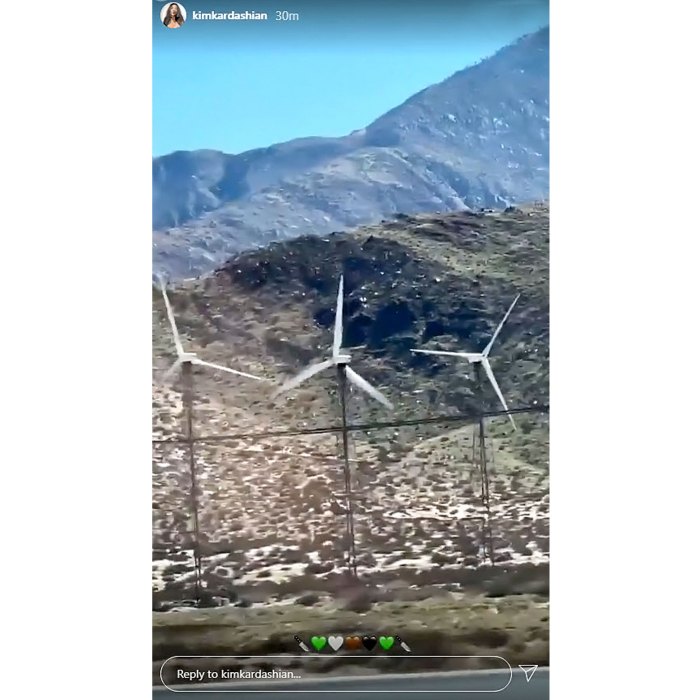 The song continues: “Today I drove through the suburbs / And pictures I was driving home to you / I know we weren’t perfect but I’ve never felt this way for no one / And I just can’t imagine how you could be OK now that I’m gone.”

At the bottom of her video, Kardashian added green, brown and black heart emojis surrounded by two knife emojis.

Us Weekly confirmed on Friday, February 19, that the Keeping Up With the Kardashians star filed for divorce from the Grammy winner, 43, after six years of marriage. The California native had divorce attorney Laura Wasser on “retainer” for several months in the wake of West’s controversial comments about his family at his July 2020 presidential campaign rally and on Twitter. However, a source revealed that the trouble in their marriage began two years prior.

“The turning point in Kim and Kanye’s marriage was when he said that slavery was a choice,” a source told Us, referring to West’s 2018 interview with TMZ. “They went through a really rough patch in the aftermath of that. Kim was completely mortified by Kanye’s ridiculous and outrageous comments. It took a lot for them to move past it, but they were able to eventually. But when Kanye told the world that he and Kim had discussed aborting North [in July 2020], it was the breaking point in their marriage.” 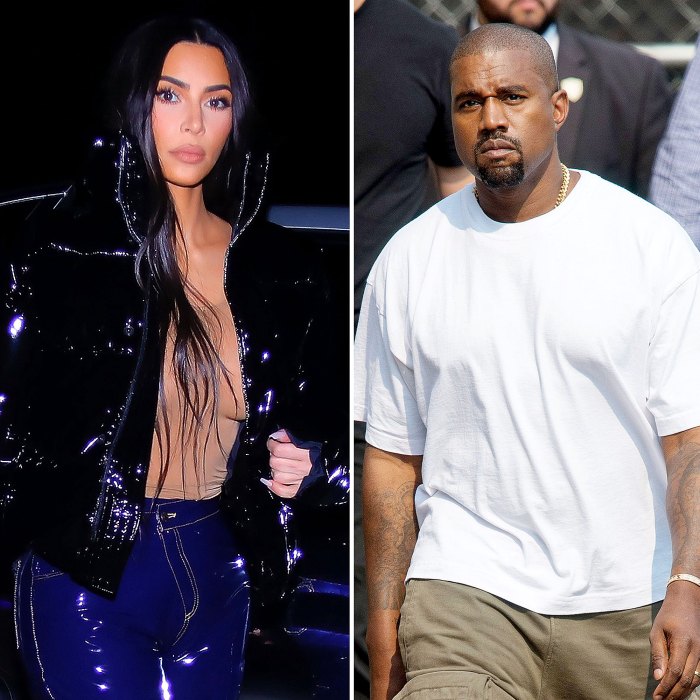 Reports that the pair were heading for a split grew more widespread in January, one month after “Kanye blew up at Kim” during “a big fight,” per a source. West also arrived late to Kardashian’s October 2020 private island birthday bash and hasn’t been featured on her Instagram account for several months.

The estranged pair tied the knot in Florence, Italy, in May 2014, and share four kids: North, 7, Saint, 5, Chicago, 3, and Psalm, 21 months. When Kardashian finally filed the paperwork, it didn’t come as a shock to the “Heartless” rapper.

“This really was done amicably. The filing wasn’t a surprise to either of them; both knew it was coming,” a source told Us on Friday. “There is no one person who is exiting the marriage. They both just grew apart from each other. They both wanted to make the marriage work — that’s why they put this off for so long.”

Neither Kardashian nor West has spoken out about the split, but on Monday, the KKW Beauty founder shared a touching tribute to her late father, Robert, who died of esophageal cancer in 2003.

“Happy Birthday Dad! I celebrate you every single day but today even more. So much to tell you!” she wrote in her first Instagram post since the divorce news. “I called your cell phone number just wondering if anyone would pick up after all these years. I actually can’t believe I remembered it. Please come visit me in a dream soon. ??. Also can you pretty please send down a sign in the form of those symbols/birds we always talked about?!?! I just miss you sooooo much!”