The Reality TV Star of 2021 winner’s mind was elsewhere during the People’s Choice Awards. Khloé Kardashian fired back at claims that she threw shade at Halle Berry during the ceremony — hinting that she was more concerned with the drama surrounding Tristan Thompson on Tuesday, December 7.

The 37-year-old Good American cofounder responded to a fan who accused her of looking uninterested as Berry, 55, accepted the People’s Icon Award.

“Okay who saw that ‘I don’t care’ sorta look on @khloekardashian when @halleberry was on stage, not cool man,” one person wrote on Tuesday via Twitter.

Kardashian replied, “That’s disappointing my face gave that expression. Halle Berry is such a force. Absolutely Stunning and beyond talented. Tbh I’m barely in my own body right now. Please don’t read into anything. Also please don’t tear me apart because you assumed something.”

The Keeping Up With the Kardashians alum stepped out for the awards show less than one week after Thompson, 30, was named in a paternity suit filed by Maralee Nichols. The personal trainer alleged that the basketball pro is the father of her newborn son, who was conceived in March.

Us Weekly broke the news that Nichols gave birth on December 2. While Thompson acknowledged in court documents that he had sex with her, he requested genetic testing. The Sacramento Kings center also allegedly texted her that he “won’t be involved at all” with the child.

“You know how I feel. My feelings haven’t changed at all,” Thompson allegedly wrote. “Btw if you think having this baby is gonna make you some money. It’s completely wrong. You are aware that I’m retiring after this season. So in terms of support it will be whatever is required monthly for someone who’s unemployed.”

The NBA star has since filed a gag order, asking the judge on Tuesday to prevent Nichols from speaking publicly about the case. Kardashian’s clapback about Berry is the first time she’s seemingly acknowledged the drama. A source previously told Us that it’s a “very sad time” for the Revenge Body host, who shares 3-year-old daughter True with the athlete. 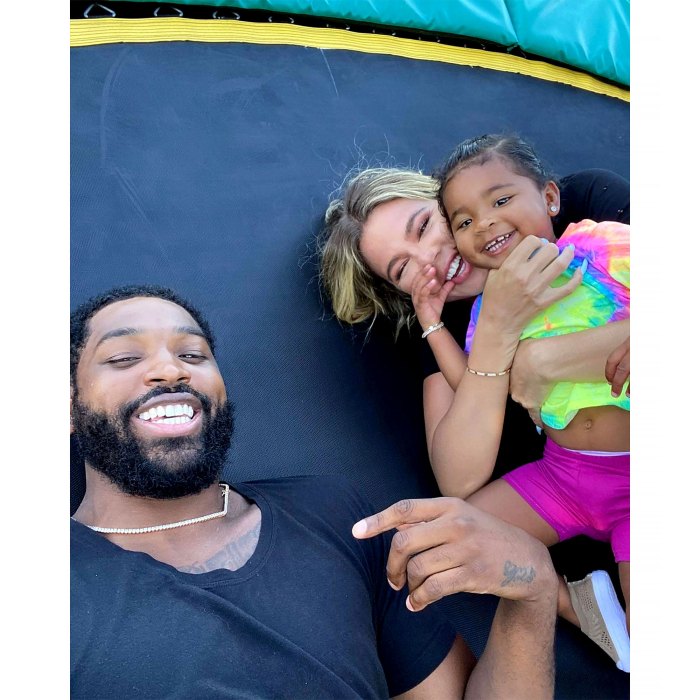 “She really loves Tristan and still held a candle for him. She thought he might have changed his ways,” an insider said. “Khloé now knows that Tristan was unfaithful to her when they were back together.”

Us confirmed in June that Thompson and Kardashian split for the second time after previously calling it quits due to another cheating scandal. A second source told Us on Wednesday, December 8, that Kardashian was “really distracted” and “didn’t look too happy” during the PCAs, noting she “turned it up for the cameras.”

Thompson, who has yet to publicly speak out about the case, also shares son Prince, 4, with ex-girlfriend Jordan Craig.