After Emma Slater and Trevor Donovan’s rumba heated up the Dancing With the Stars ballroom, they took their partnership to the water.

“Someone taught me how to surf today 🏄🏼‍♀️🌊🌴 @trevordonovan thank you so much! #dancepartners,” Slater, 33, captioned a beachside Instagram photo on Friday, September 30.

While several of the pair’s DWTS season 31 competitors and show alums were enthused by the England native’s new skills, Keo Motsepe couldn’t get their Monday, September 26, performance off his mind. 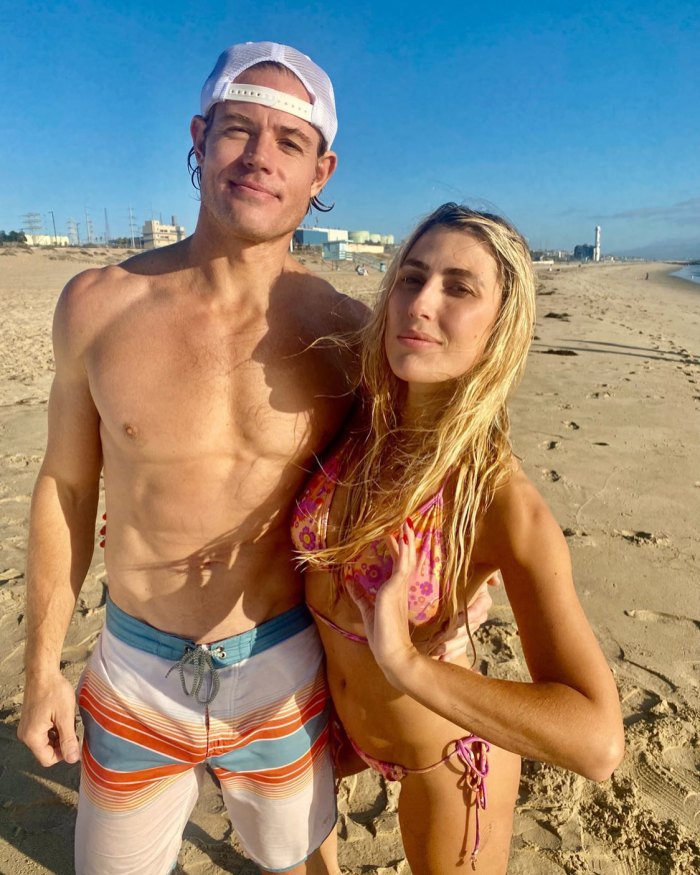 “After that rumba, u guys definitely needed some water to cool off 🤭,” the 32-year-old South Africa native, who previously served as a DWTS pro, replied to Slater’s post.

While neither the Mamma Mia! actress nor the 43-year-old Great American Media hunk have addressed Motsepe’s comment, they enjoyed their day off.

“She teaches me how to dance, and I teach her how to surf,” Donovan tweeted on Saturday, October 1, alongside a “Tremma” hashtag to denote their DWTS partnership.

Slater and the California native danced a sensual rumba to Elvis Presley’s “Always on My Mind” during the Monday live episode of the Disney+ competition. After earning an impressive 30/40 from the judges, cohost Alfonso Ribeiro was particularly in awe of their chemistry.

“I gotta know — are those your acting skills or was that real?” the Fresh Prince of Bel-Air alum, 51, quipped during the broadcast.

The dance partners were initially shocked by Ribeiro’s line of questioning, with the 90210 alum responding: “If you’re really doing a good job acting, it all comes from the truth so there’s something real in every performance.”

Slater, for her part, was “so glad” that Donovan ended up answering the season 19 champ’s question before noting that dance fans “expect passion” when watching a rumba routine.

“People expect that steam, and you really have to tell a story. We had the best song in my opinion,” the choreographer exclusively told Us Weekly at the end of Monday’s show. “I love this version of ‘Always on my Mind,’ and I honestly believe in Trevor. I believe in his dance ability.”

She added: “I know we have this great connection, this great chemistry. And so, I really fought hard to achieve the environment for us to just be ourselves and be expressive and we brought the steam, which is, which is great. I think it was a dance that really needed it and it felt really good in the moment.”