Khloe Kardashian has had her say on sister Kendall Jenner’s cucumber cutting techniques, and she’s not impressed.

The supermodel went viral after a recent episode of the Kardashians, when she attempted to make herself snack while chatting to momager Kris Jenner.

In one scene, the 26-year-old grabbed a cucumber and struggled as she attempted to cut it into slices, with social media having an absolute field day with the footage.

Despite appearing to make light of the clip on Twitter, Khloe revealed that Kendall was actually ‘not happy’ with the wild fan reaction.

During an appearance on the Not Skinny But Not Fat podcast, the 37-year-old got on the topic of the viral video, and her sibling’s unconventional kitchen skills.

‘She’s, like, not happy about that…,’ the Good American star said, before mocking her for not being able to ‘cut a f**king cucumber’. 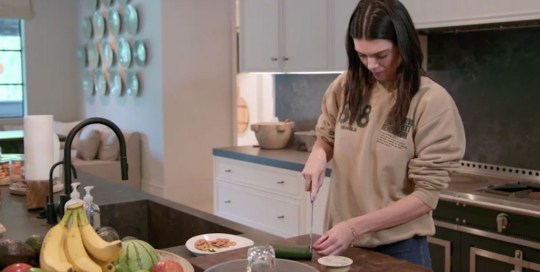 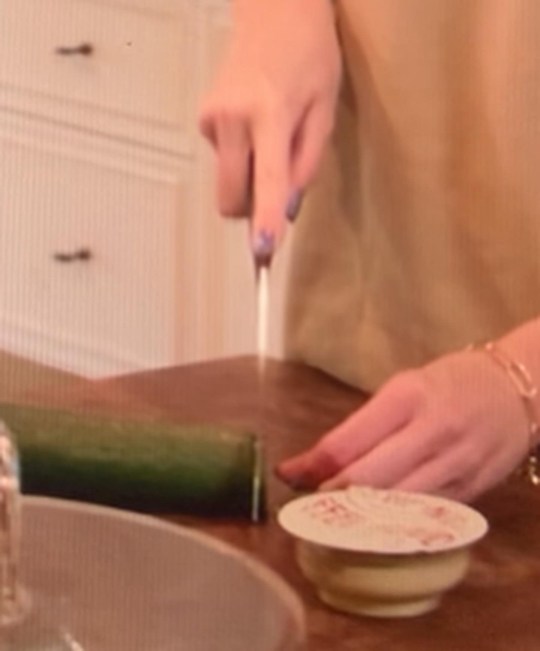 Fans were left baffled by the scenes (Picture: Instagram)

The mom-of-one continued: ‘I feel so… I’m like, “Kendall, God is fair. You’re the most beautiful human being in the world. You have wild looking toes, God bless. And you can’t cut a f**king cucumber.”

‘The world is good because… How can you be this f**king perfect? She has the perfect life. This perfect dog, a gazelle of a human being. She walks the runway.

‘You can’t cut a f**king cucumber? Please, come over and stay with me for one week.

‘She’ll really cry herself a river. Oh, my God. But I’m going to teach her how to cut a cucumber.’ 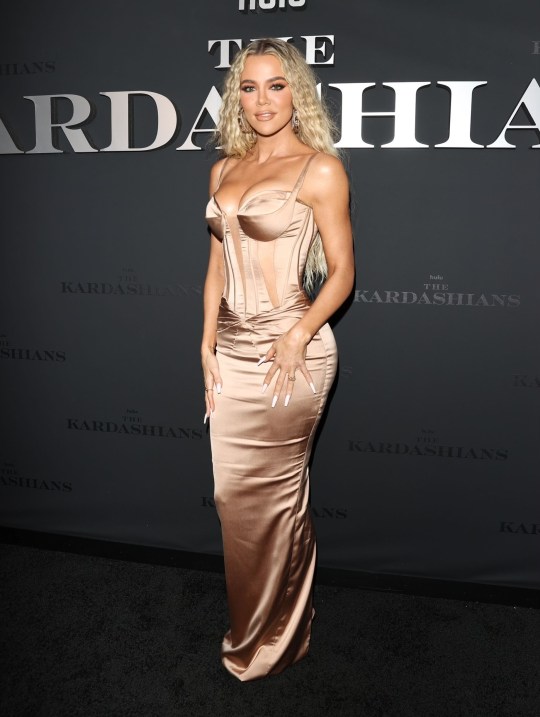 Khloe added: ‘I love her, she’s so perfect’.

Kendall showed off her unique cucumber-cutting skills in on the Kardashians, and could be seen with her arms crossed over themselves while she sliced slivers of the snack.

Kris watched on in fear as her daughter struggled, asking at various points if they should get a chef to help, an offer the fashion icon rejected while continuing to grapple with the blade. 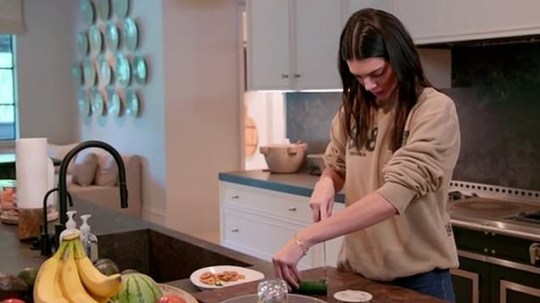 ‘Kendall Jenner out here making me feel much better about my kitchen skills bc one thing i can do is cut a cucumber,’ one joked.

‘Seeing how Kendall Jenner cuts a cucumber really makes me feel better about my culinary skills,’ another agreed.

‘Seeing Kendall’s kitchen and knowing she can’t even cut a cucumber… I’m sick,’ a viewer said.

Kendall not knowing how to cut a cucumber is lowkey a flex it’s just screams I’m THIS rich what’s your poor ass gonna do,’ a follower laughed.

As a Twitter user added: ‘Kendall Jenner attempting to cut cucumber is one of the funniest things I’ve ever seen.’

Kendall appeared to get in on the action at one point, responding to a social media user who branded the scene ‘tragic’, quote-tweeting the post with the word: ‘Tragic!’

The Kardashians is available to stream on Hulu and Disney+ now. 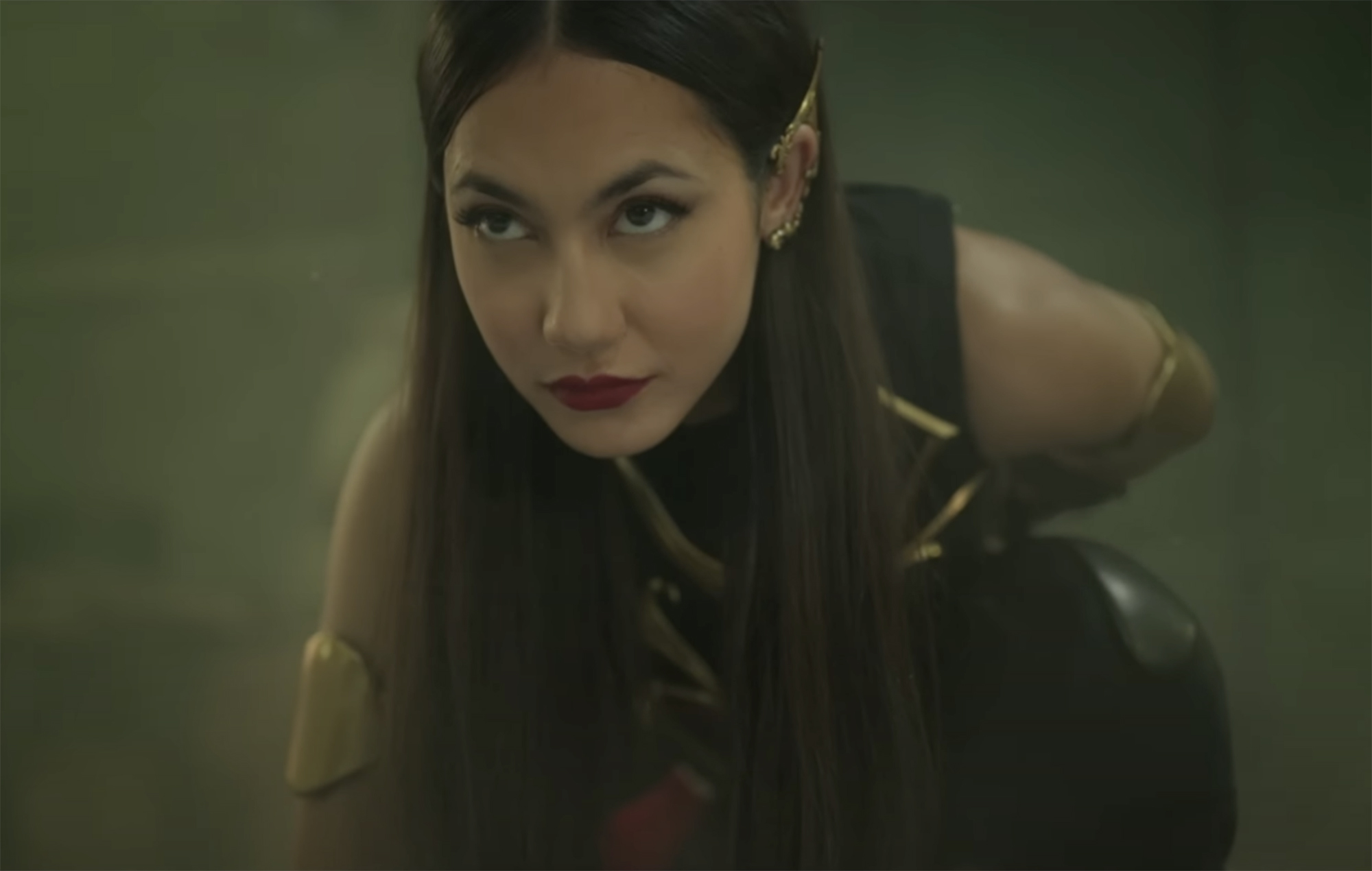 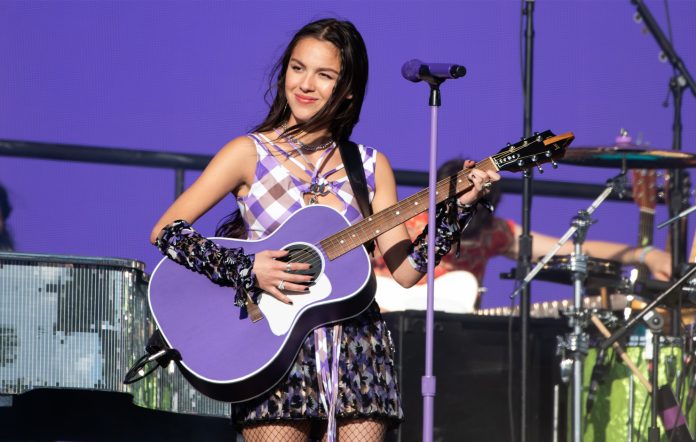 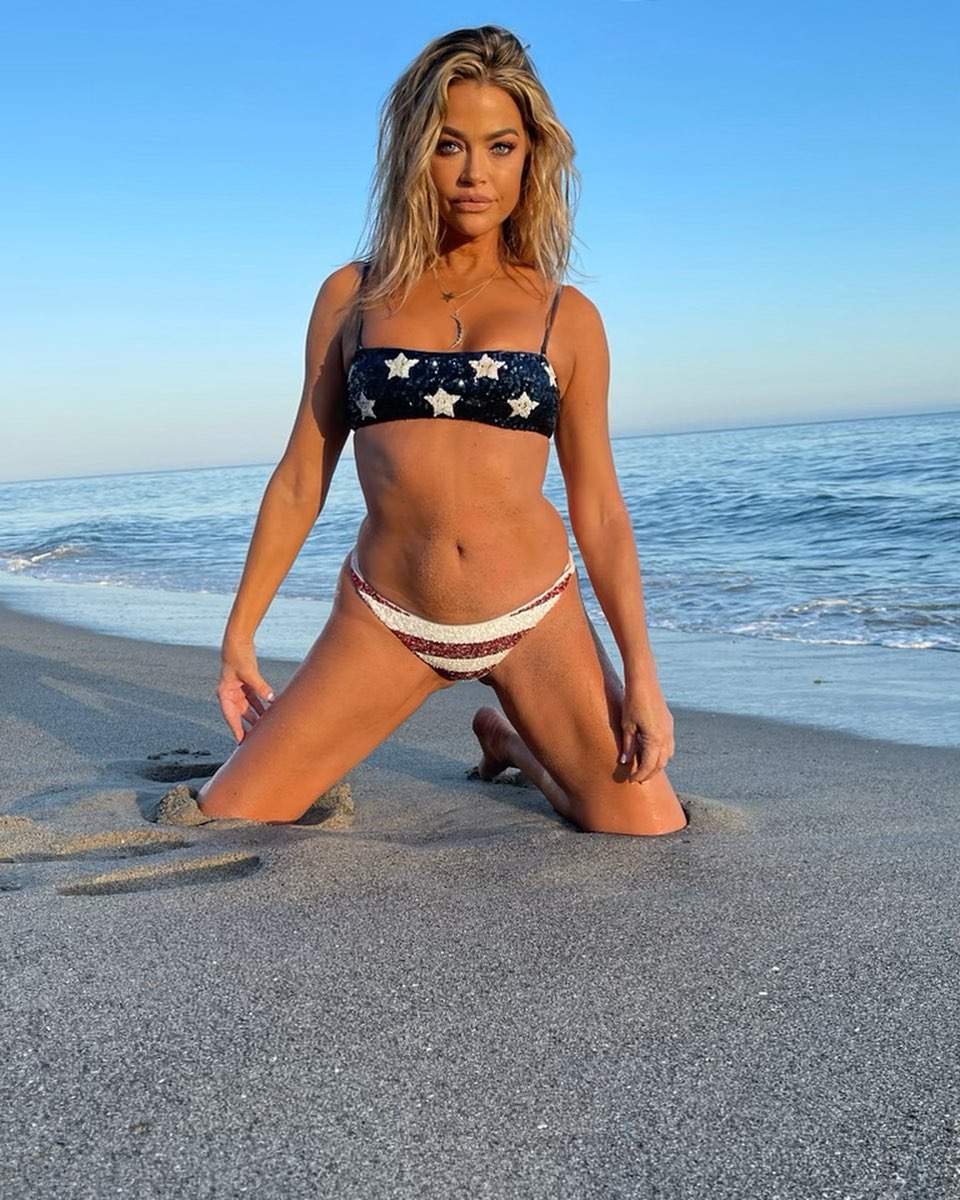 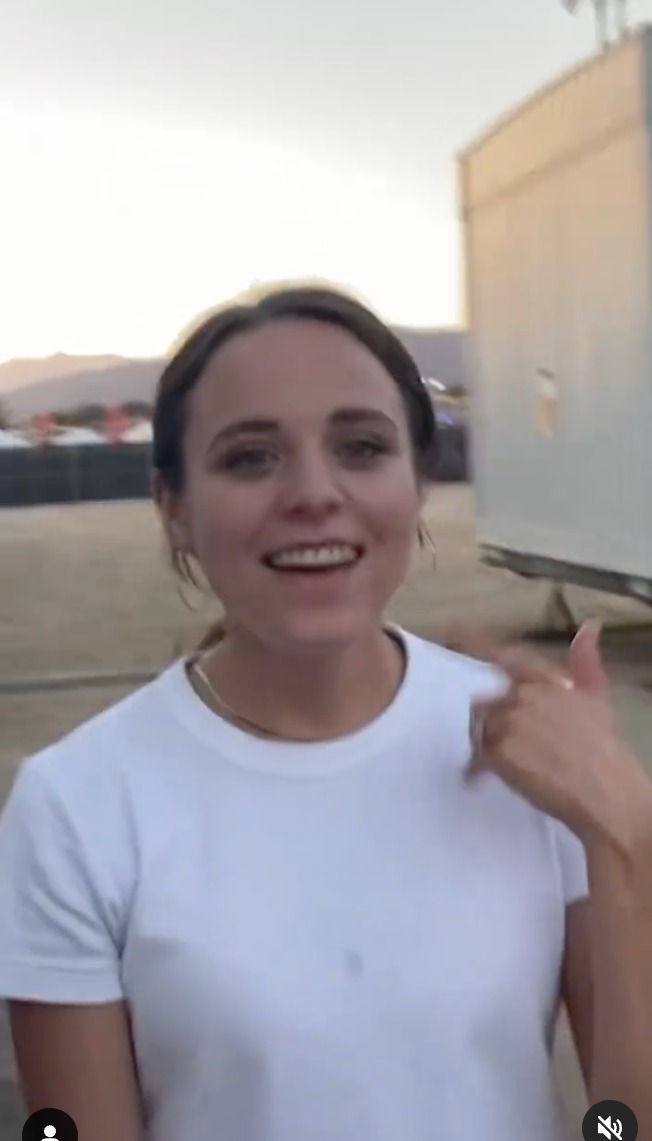 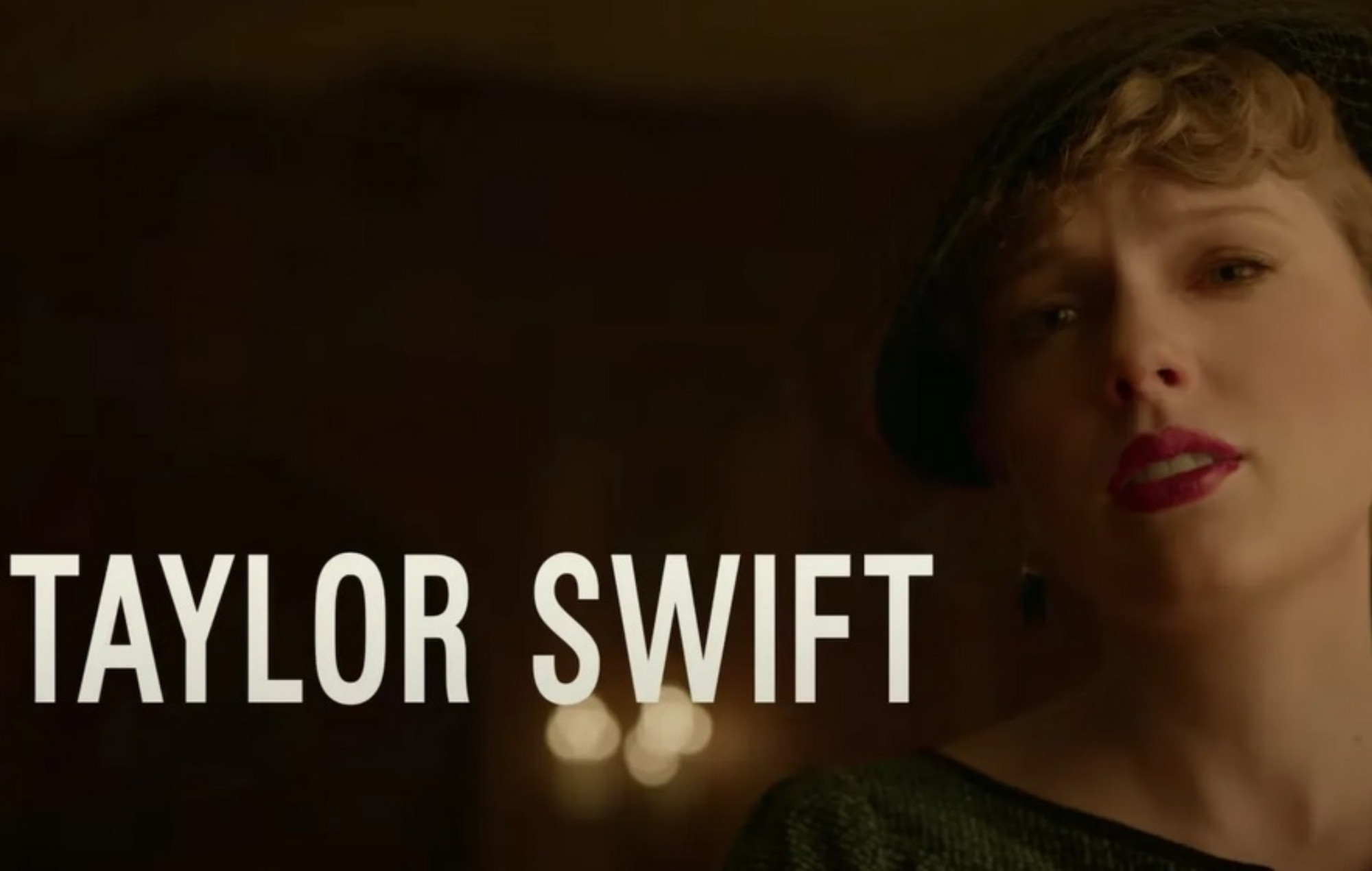 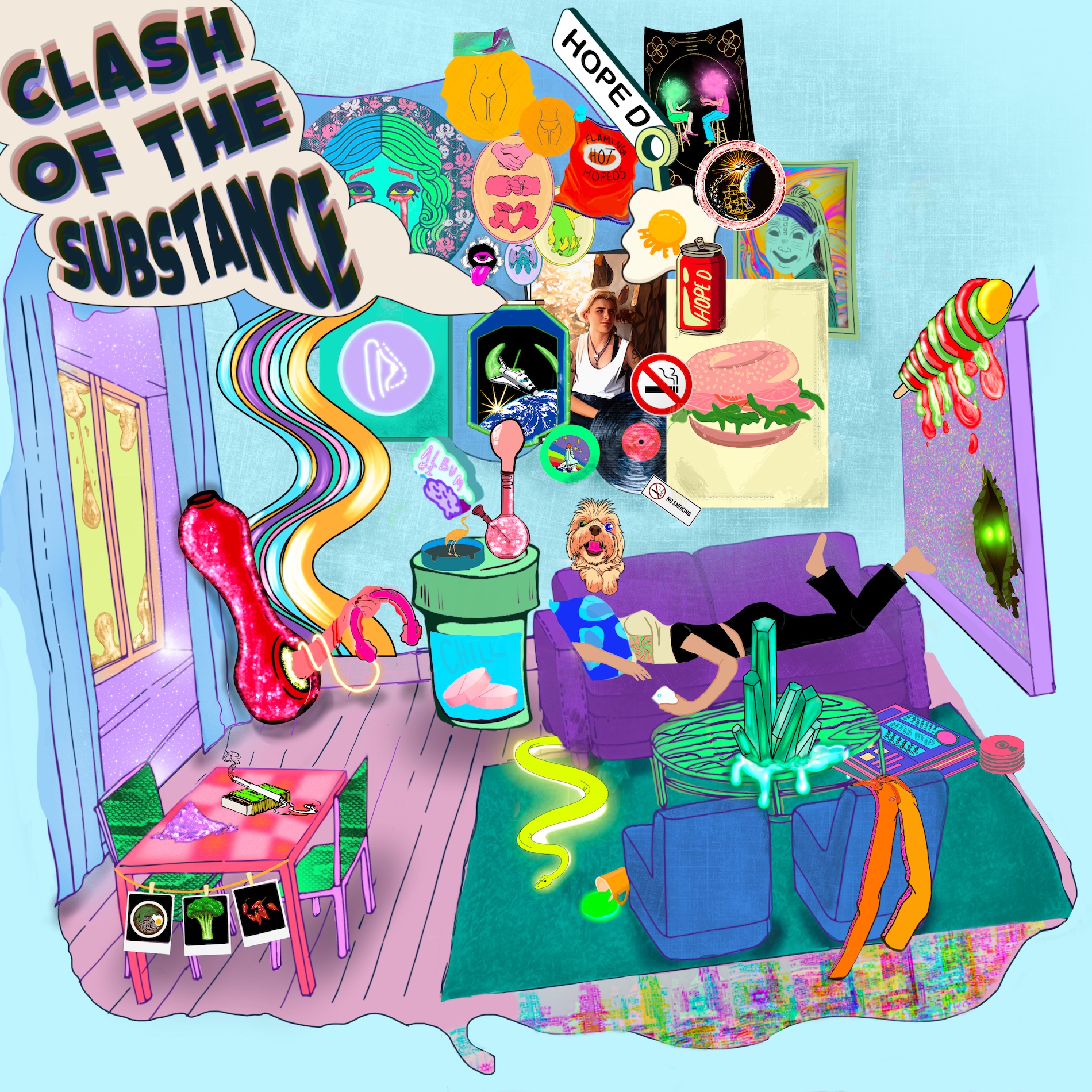