Rock solid! Keanu Reeves and his girlfriend, Alexandra Grant, are going strong. Regardless, marriage may not be in their near future.

“Keanu and Alexandra are head over heels for each other,” a source exclusively reveals in the new issue of Us Weekly. “They fit together perfectly, and he really fawns over her when they’re together.”

Despite their happy romance, Reeves, 56, and Grant, 47, will not necessarily be making things official. “They are in no rush to make it to the altar,” the insider adds. “They have both been in a lot of serious relationships before, so they are content just being with each other, but nothing is ever off the table.” 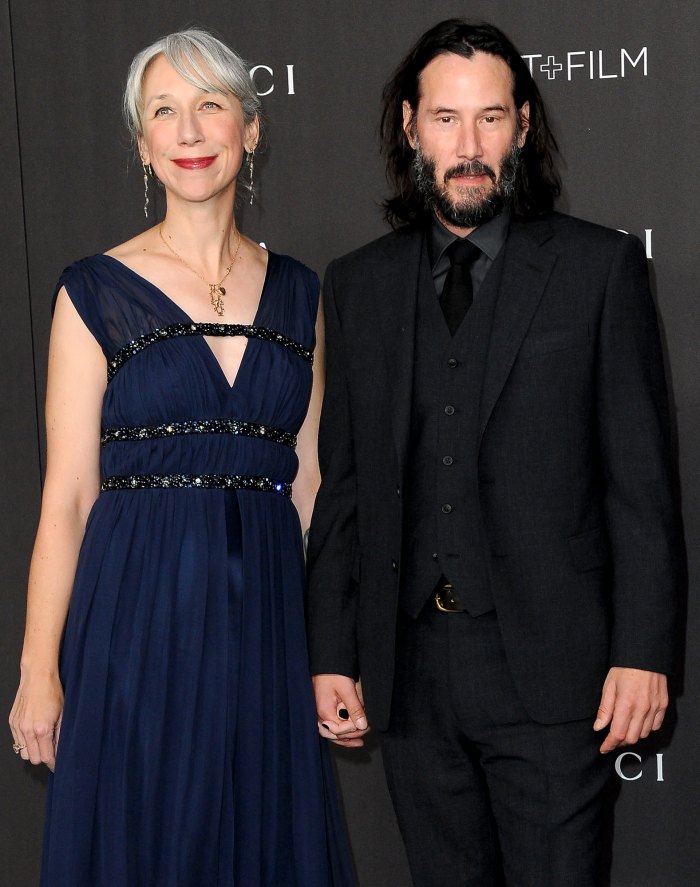 News broke in November 2019 that the actor and the artist are an item. However, a source exclusively told Us at the time that they had “been dating for years,” noting: “It wasn’t a secret.”

Grant’s pal Jennifer Tilly confirmed the longevity of the pairing in February 2020. “I remember a couple years ago, about a year and a half ago, [Grant] said, ‘Keanu Reeves is my boyfriend,’ and I’m like, ‘Wait. What? What? What?’” the actress, 62, told Page Six. “She was so cool I thought she was a lesbian.”

The Ohio native opened up in March 2020 about going public with their romance. “I think every single person I knew called me in the first week of November, and that’s fascinating,” she told British Vogue. “But the question I’ve been asking in all of this is: ‘What is the opportunity for good?’”

Grant then recalled her connection with Reeves during the period when they collaborated on 2011’s Ode to Happiness. “The book was made as a surprise, by me, for Keanu, as a private gift,” she said. “All our friends sitting in the room got the giggles when I gave it to him — they said, ‘Please publish it!’ So that’s how we got into publishing.”

She also shared her thoughts on marriage. “Love at every level is deeply important to my identity. How’s that for dodging the question? I do not believe that isolation is the way,” she explained. “There is a period of isolation that I do as a painter, but I deeply value the experience of being in relationships.”

The couple keep a relatively low profile, although they have been spotted together numerous times in recent months. He kissed her as she dropped him off on the set of The Matrix 4 in October 2020, and they dined at Spago in Beverly Hills on March 13 with his Bill & Ted’s Excellent Adventure costar Alex Winter.

For more on Reeves’ relationship with Grant, watch the video above and pick up the new issue of Us Weekly, on newsstands now.