Kay Mellor died suddenly over the weekend at the age of 71 (Picture: Rex)

It was announced that the star died suddenly on Sunday, with a spokesperson for her production company, Rollem Productions, confirming the news.

‘It is with profound sadness that we announce the untimely and sudden passing of our beloved friend, mentor and colleague Kay Mellor on Sunday 15th May 2022,’ they said in a statement.

‘We have lost a phenomenal talent and a true luminary. We ask that you please respect the privacy of the family and friends at this time.’

Let’s have a look at some of Mellor’s best work. 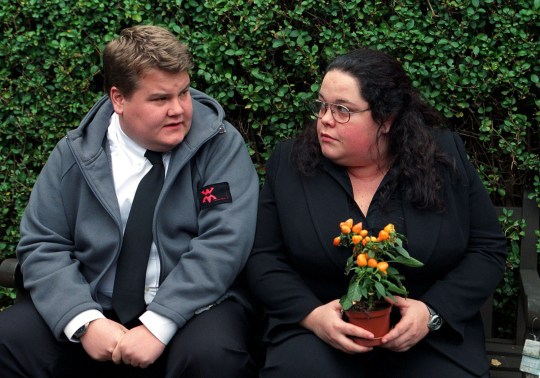 The Leeds-based show starred Ruth Jones, James Corden, Sheridan Smith, and Alison Steadman, who all went on to star alongside each other in Gavin & Stacey.

Speaking about the inspiration for the show, Mellor told Living North: ‘I saw someone outside the Town and Country Club in Leeds as it was at the time. She was a curvy young woman and it was a cold November night.

‘There she was in a strappy lycra dress, blonde hair cascading down her back, and everybody was looking at her. I remember thinking gosh, look how confident she is, look how amazing she is and look at how everyone’s looking at her in adoration.

‘All it was really was confidence. She had bucketloads of it. I thought: why aren’t we all like that? Why are we all obsessed with how much we weigh? She didn’t care, and she looked gorgeous.

‘I remember thinking I wish I could bottle that and put that out for people to see, and that’s what I did with Fat Friends.’ 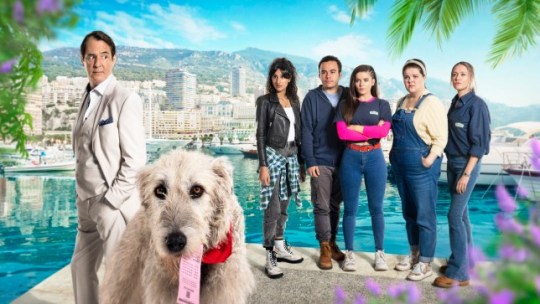 The Syndicate returned to ITV last year after a six-year hiatus (Picture: ITV)

The Syndicate originally ran for three series on ITV after first airing in 2012.

Each chapter follows a different syndicate, with the first instalment set in a Leeds supermarket; the second, a public hospital in Bradford, and the third, a crumbling stately home near Scarborough.

The latest season, which aired in March 2021, told the story of a group of kennel workers who hit the jackpot together, only for their newsagent to appear to steal their winnings.

Last April, Mellor announced that the show would be returning once again for a fifth series.

Speaking to the Daily Star at the time, Mellor said: ‘There’s something cooking. The ingredients are there, so it’s there. But it’s not cooked up yet.’ 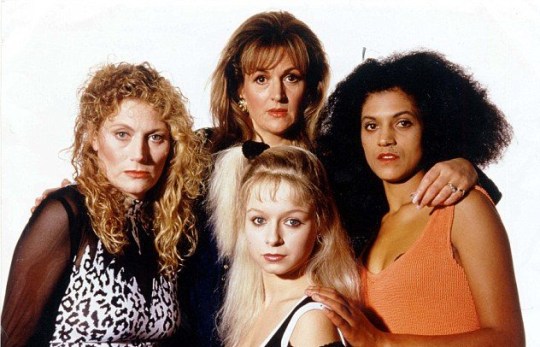 Mellor’s crime drama Band of Gold first broadcast on ITV in 1995 and ran for three seasons.

The series, starring Geraldine James, Cathy Tyson, Samantha Morton, and Barbara Dickson, revolves around the lives of a group of sex workers who live and work in Bradford’s red-light district.

Mellor was inspired to write Band of Gold after driving up Lumb Lane in Bradford, an area that was famous for sex work.

‘As we drove, I saw this young woman – she’d got a miniskirt on in November and her legs were mottled blue,’ she told the Guardian in 2015.

‘When she looked right in our car it was as if somebody punched me in the solar plexus. She was a child. It bothered me all night.’

Playing The Field was a BBC drama series following the lives of the Castlefield Blues, a fictitious female football team from South Yorkshire.

Inspired by Pete Davies’s book I Lost My Heart to the Belles, the five-season show starred Lorraine Ashbourne, Melanie Hill, and Lesley Sharp.