The former Bachelorette, 31, shared a sweet video via her Instagram Stories on Thursday, June 30, showing Hersey’s Italian greyhound curled up in an adorable green, pink and blue-colored hoodie across from her black-and-white fluffy cat. The former reality star answered a fan’s question which asked how the pets were “dealing with the split.”

“They get to see each other from time to time,” Thurston responded. “They’ll be hanging out together while I’m in Mexico.”

The former TV personality confirmed her breakup from Hersey on June 20 after sharing a cryptic message about their relationship status. “No, we aren’t together,” she wrote via her Instagram Story.

Hersey, 28, also spoke out about the split, giving his followers a lengthier explanation. “I love being able to share special moments with you all — the funny ones. The happy ones. The outrageous, embarrassing, and heartfelt ones. But I don’t know if it will ever get easier to share the sad ones. As Katie stated earlier, we are no longer dating,” he wrote via an Instagram Story of his own on June 21. “This decision was not made lightly, and it was obviously not an easy one to make.”

The bartender concluded: “I appreciate every one of you that has supported us throughout this journey. We could not (and would not) be here without you.”

Thurston originally left The Bachelorette engaged to Blake Moynes, but they announced their breakup in October 2021, three months after the finale aired. Two weeks later, she confirmed she had moved on with Hersey, who was one of her suitors on the show.

Since they began dating, the former couple’s animals took a liking to each other and their human’s new partner. Fans may recognize Hersey’s Italian greyhound Dexter from when Thurston posted about the four-legged friend “forcing” her out of the house after her October split from Moynes. 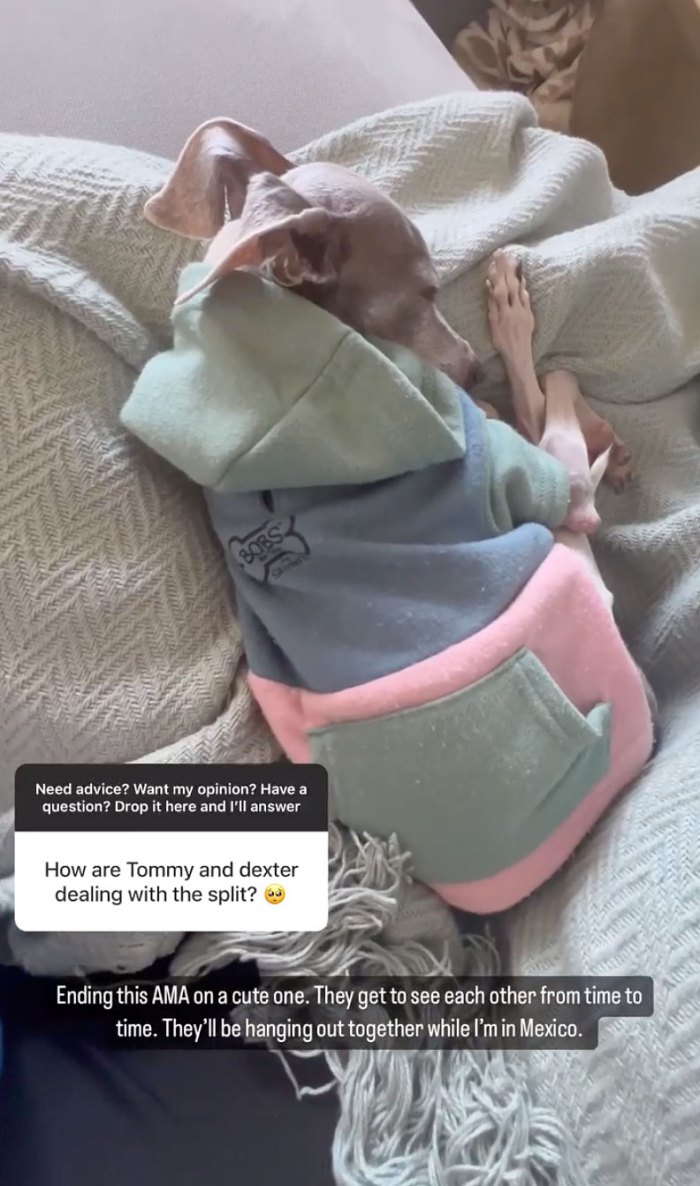 Although the cat owner may still see her ex’s dog here and there, she’s still committed to spending time away from his dad.

“I dedicate this summer to myself ☀️,” the Washington native captioned a June 23 video of herself and fellow Bachelor Nation alum Tammy Ly sitting beside one another on an amusement park ride.

Ly, 27, commented on the social media post, “I love us ❤️😍.” Season 23 Bachelor alum Elyse Dehlborn also wrote, “This is magical ❤️,” to which Thurston replied, “Manifesting the best summer yet.”