Katie Piper will be easing the nation into Sunday mornings for the next few weeks (Picture: Getty)

The TV personality and activist was awarded an OBE in the Queen’s New Year’s Honours list for services to charity, she wrote her first children’s book and she landed her very own TV show.

If you missed it or want to know how to keep up with the show, here’s all the details…

When is Katie Piper’s Breakfast Show on?

Katie’s weekly ITV morning show airs on Sundays at 8:30am.

The series airs on ITV, and is available for catch up on ITV Hub.

Speaking about landing her own show, Katie has said: ‘I feel so excited! I’ve wanted to do this kind of weekend TV for so long. I also think it’s quite cool to keep the British public entertained through the school holidays.’

‘It’s six, one-hour episodes on Sunday mornings, and will be very upbeat, positive, and light-hearted.’

What to expect from Katie Piper’s Breakfast Show

Explaining that the series will be made up of lots of different segments, Katie says, ‘It’s going to be a real mixture. We’ll have two guests on each show, a celebrity and a lifestyle guru, podcaster or a well-being expert.’ 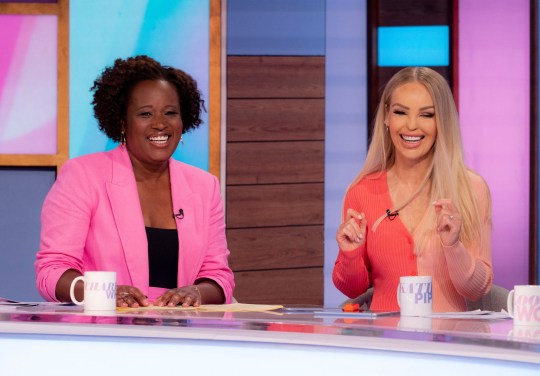 ‘There will be different segments where we try out products and talk about positive news stories. Our vibe is like you’re with a friend having a coffee, a gossip, and a laugh. It’s good fun; nothing too heavy. A bit like how you feel when you listen to a podcast; you’re involved and you’ve got company.’

Katie Piper’s Breakfast show next airs Sunday, August 14, at 8:30am on ITV