Katherine Ryan admitted she would have loved to have Sean Lock on her new comedy show (Picture: Backgrid/Channel4/REX)

Katherine Ryan has revealed she would have loved to have the late Sean Lock on her new comedy show, Backstage With Katherine Ryan.

The 8 Out Of 10 Cats star died on August 16 last year from cancer, at the age of 58, with his close friend Bill Bailey saying the comedian was diagnosed with ‘advanced’ lung cancer ‘a few years ago.’

The comedy legend appeared on the Channel 4 show for one of his last appearances earlier this year, with the programme paying tribute to him at the end.

Katherine’s new Amazon Prime comedy show involves a slew of comedians performing and hanging out backstage at the Roundhouse theatre in London, where they’ll be in the firing line for her no nonsense approach and intense line of questioning.

However, she recently revealed that she would have loved to have Sean on her show, saying how much she ‘loved his act’.

Speaking at the Amazon Prime Presents event, Katherine said: ‘Sean Lock’s one of the funniest people, on stage, off stage, I just loved his act.’

‘Sean was always a comic, and I think that’s amazing and quite difficult to attain, very special comic, will never be anyone like him ever again.’

Seann is in direct firing line on Katherine’s show, and she definitely does not hold back. 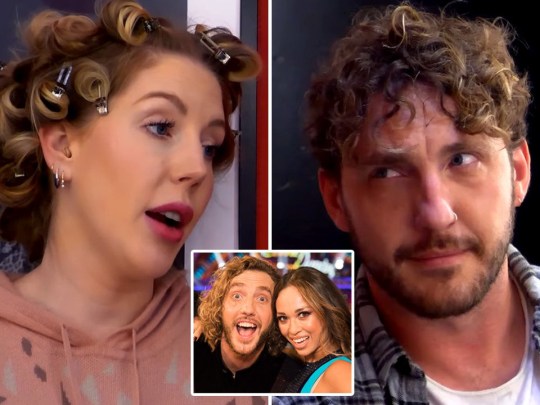 In the trailer, she decides to quiz Seann on a topic that’s clearly not off-limits in her book.

Seann famously ended up embroiled in a scandal with his Strictly Come Dancing’s Katya Jones when the pair were snapped kissing one evening outside a London pub, which soon ended up all over the papers.

Katherine asks: ‘What’s your truth regarding the kiss, and the whole Strictly thing?’

While viewers will have to wait to see what he responds, it already gives the tone for what’s to come in Katherine’s show, and we can’t wait!

Backstage with Katherine Ryan will air on Prime Video later this year.