Katherine is expecting with her husband, Bobby
(Picture: Getty/ITV)

Katherine Ryan will be officially debuting her baby bump after confirming her pregnancy on tonight’s episode of CelebAbility.

The comedian, who shared the news with her audience while filming a live episode of her Telling Everybody Everything podcast last week, is expecting her first child with husband Bobby Kootstra.

In a romance for the ages, she and Bobby rekindled their teenage relationship two decades on when they reunited in Canada while Katherine was filming for an episode of Who Do You Think You Are?.

Katherine had revealed her bump in a green dress on Celebrity Juice last week but did not address her pregnancy at the time.

Posting pictures of her outfit on Instagram, the All That Glitters host revealed she’d chosen a dark grey sparkly midi-dress with a peep-hole neckline and bow at her throat. 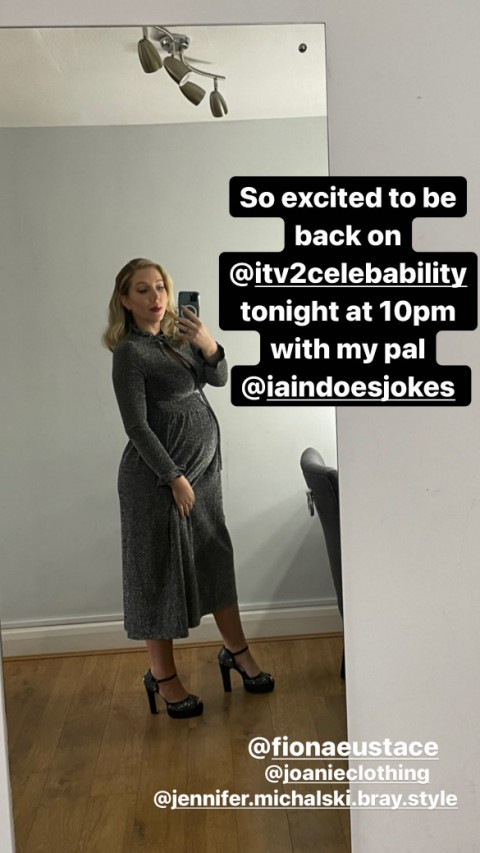 She paired this with matching vertiginous platform heels, and captioned the mirror selfie: ‘So excited to be back on @itvcelebability tonight at 10pm with my pal @iandoesjokes.’

Comedian Iain Stirling, best known for narrating Love Island, has hosted the show since 2017, in which contestants go head-to-head with celebrities in a series of hilarious rounds, based on the unusual ‘skills’ the celebrities claim to possess.

In the second selfie, Katherine was keen to draw the eye of her followers to the low price of her stylish dress, revealing it was on sale for just £12. We love a bargain queen. 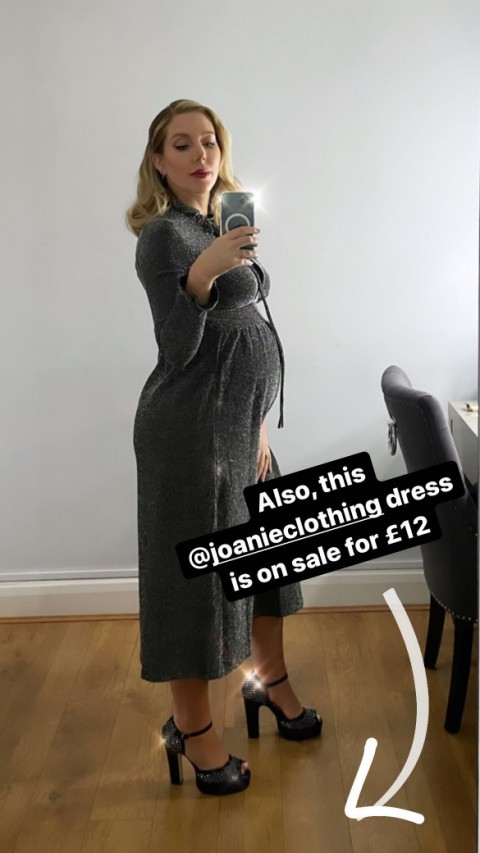 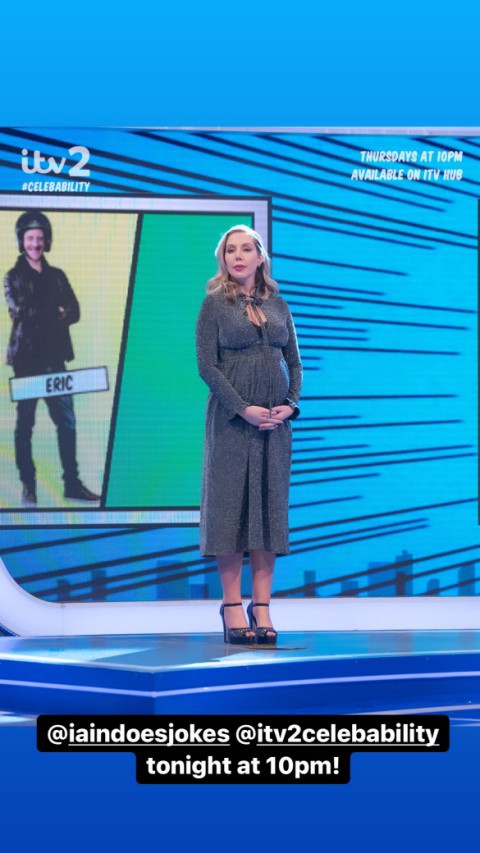 She also shared a shot of herself ready for action on the CelebAbility set, with its distinctive comic book graphic inspired backdrop.

Since confirming she’s expecting, Katherine has also hit back at sexist comments and questions on her social media about if she’ll be cancelling her tour due to her pregnancy, saying she was ‘not going to let it affect her zen’ and retorting: ‘Your dad is cancelling his tour’.

Married to Bobby in 2019, this is the couple’s first baby together and a younger sibling for Katherine’s 11-year-old daughter, Violet.

Although Katherine has not revealed a due date, she has said the arrival will be a summer baby.