Kate Winslet has joined calls for Reading Prison to be turned into an arts venue after a new piece of Banksy artwork was unveiled there last week.

The mural, which emerged last Monday (March 1), shows a prisoner – resembling famous inmate Oscar Wilde – escaping from the prison using a rope fashioned from bedsheets tied to a typewriter. Banksy has subsequently confirmed that the piece was his own creation.

Winslet, who was born in Reading, spoke to the BBC about the pride she felt at seeing the new artwork, and promised to perform on the opening night if the prison is turned into a new arts venue as reported.

After news that the Ministry of Justice were considering whether to keep the artwork, which they described as “graffiti,” Winslet said she hopes that it remains and becomes the “legacy” of a new arts hub on the site.

“I just felt incredibly excited for Reading to have a Banksy,” she said. “If Reading had a legacy space like that, to hand on to generation after generation, it could really be as valuable as some of those central London theatres.” 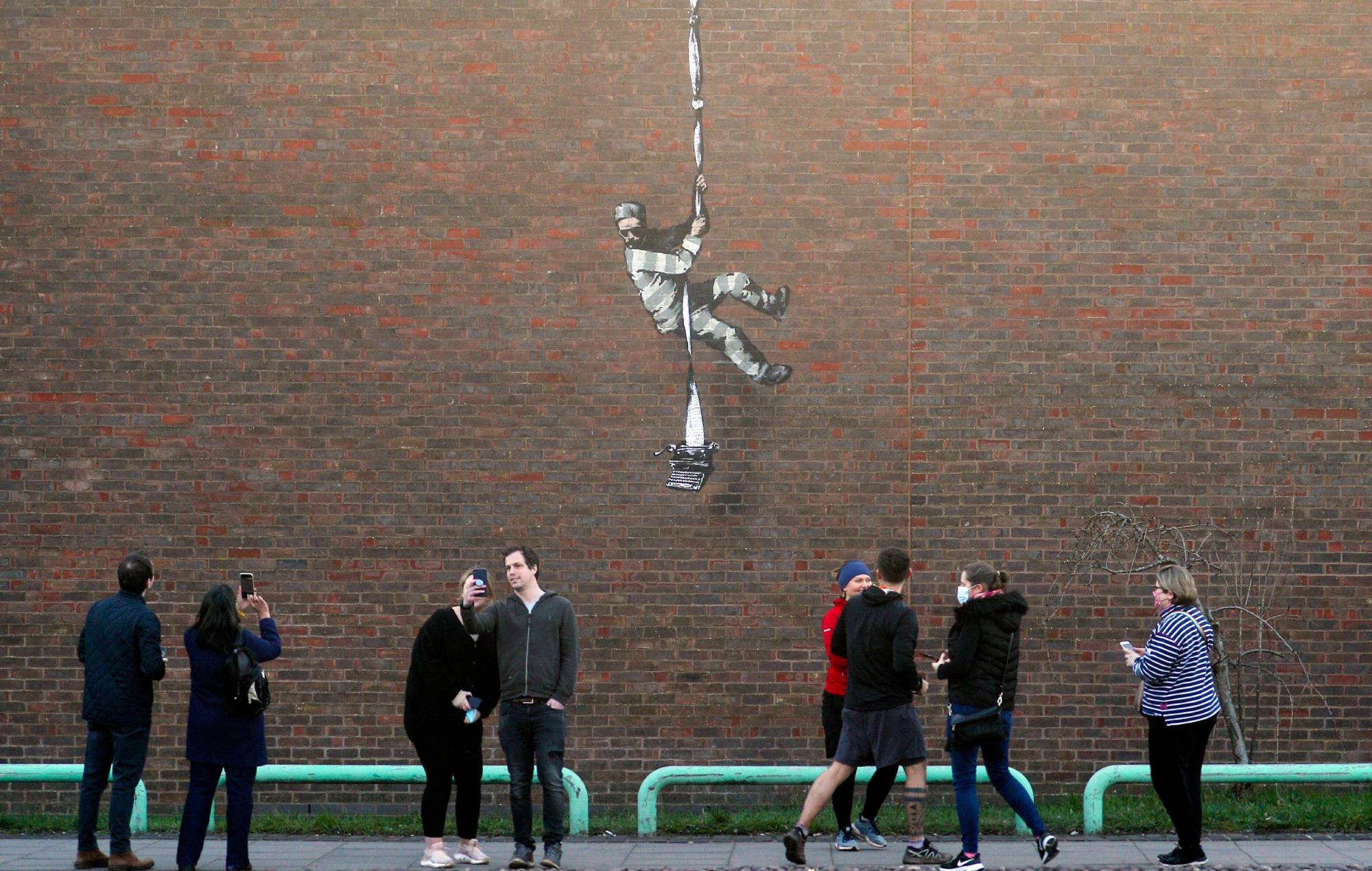 Crowds look at the new mural on the walls of Reading Prison (Picture: Alamy)

Reading Borough Council are set to submit a new bid next week to purchase the site and turn it into an arts venue, after the sale of the prison fell through last November.

Stating her belief that theatre companies “would hire Reading Gaol as a creative space to bring their productions,” Winslet added: “Shows will often start at those out-of-town venues and then maybe transfer into London.

“How exciting for something like that to begin in Reading, something that increases local employment and encourages people to join… it’s a really fantastic opportunity.”

She concluded: “I’ll be there performing on the first night, I sign up to that now.”

Banksy’s most recent public mural emerged in his native Bristol in December 2020, depicting a woman sneezing out her false teeth.

It marked the latest in a series of murals Banksy has unveiled since the start of the coronavirus pandemic.

In October 2020, the elusive artist confirmed he was behind a mural depicting a girl hula hooping with a tyre which appeared in Lenton, Nottingham.