What generational gap? Kate Walsh joked about her Grey’s Anatomy character’s place in pop culture after a fan pointed out her connection to Addison Rae.

“What addison means to you if you’re gen z vs millennial,” a Twitter user wrote earlier this week alongside photos of the 20-year-old TikTok star and the 53-year-old actress’ character, Addison Montgomery.

Walsh saw the meme and leaned into the comparison. “I love @AddisonRaee but anyone know who that innocent looking gal on the right is tho?” she replied, adding shrug, stethoscope and wink emojis. “This means I’m #GenZ right?!” 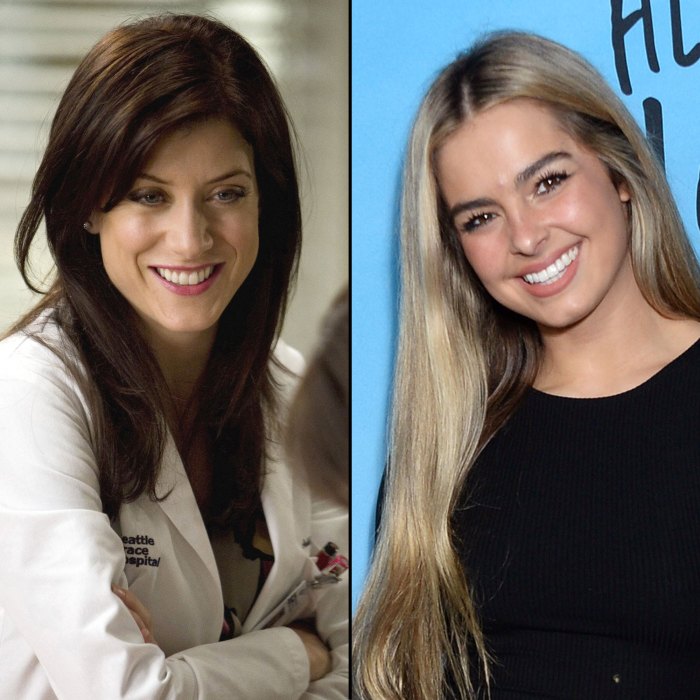 Rae, for her part, was thrilled with the 13 Reasons Why alum’s praise. “Omg,” she responded. “I love u.”

Walsh portrayed Addison on Grey’s Anatomy from 2005 to 2012 and reprised the role on her own spinoff, Private Practice, which ran from 2007 to 2013. She revealed exclusively to Us Weekly in February that she would like to return to the long-running ABC drama.

“Of course! I mean, I’m here in western Australia so it would be a big trip so I’d have to see. But, yeah, I’m always open to it. I’m here,” she explained. “I couldn’t be further away from Los Angeles right now. But maybe Addison could call in or Zoom in.”

Season 17 of Grey’s Anatomy has already seen the return of several beloved characters, including Patrick Dempsey’s Derek Shepherd and T.R. Knight’s George O’Malley. “It’s been incredible,” Walsh told Us of watching the reunions.

As for the possibility that the show could end soon, the Emily in Paris star noted that it would be “an end of an era” no matter when it concludes. “I mean, it’s such an epic piece of my life,” she said. “It’s been such an incredible run and has changed so many lives and has certainly changed my life. Whatever they decide I think obviously is a creative decision, but I was thrilled to be a part of it.”

Meanwhile, Rae has become a star in her own right through TikTok. “I’m truly thankful for the platform my followers have given me,” she exclusively told Us in July 2020.

However, the influencer is still figuring out how to navigate the spotlight. “I am working on realizing that my worth does not come from other people’s words. … I’ve learned a lot,” she said. “But I think most importantly I have learned that I am more sensitive yet stronger than I thought.”