Kate Garraway held back tears on Lorraine this morning after revealing a moving happy birthday message from husband Derek Draper.

The presenter became emotional on the ITV show while talking to Lorraine Kelly, saying that it was a ‘fantastic sign’ as Derek continues his recovery.

Derek, 53, is back at home with his family after spending a year in hospital fighting the effects of Covid-19. The former lobbyist and political advisor is now off all machines, but is still unable to have full conversations with his family.

However, Derek is showing promising signs, having remembered Kate’s birthday and saying ‘happy birthday’ before she left to appear on Lorraine this morning.

‘He’s home, we can hug him. That’s a miracle in itself,’ Kate said.

She added: ‘Last night when I was tucking him in, I said: “It’s my birthday tomorrow.” He looked a bit worried and I said: “Oh don’t worry, I’m not expecting anything. My birthday gift is you being home.”’ 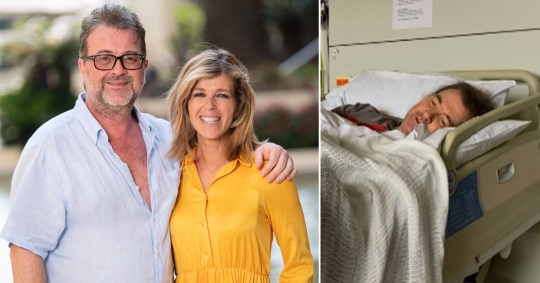 Kate was on the show to talk about the book she has written about her and Derek’s experience, The Power of Hope, when she revealed the emotional moment.

The Good Morning Britain presenter, 53, also praised their children Darcey, 15, and Billy, 11, for their abilities to communicate with their dad.

Speaking about more developments, Kate revealed that Derek had noticed Darcey had been eating crisps when she went to hug him. 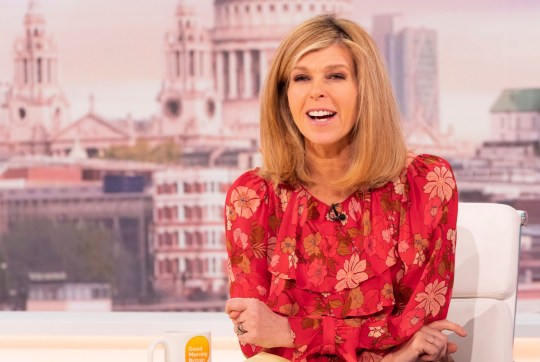 Kate opened up about her experiences of the show (Picture: Ken McKay/ITV/REX)

Derek said that ‘she smelled of monster munch’ and smiled, which Kate and her family has taken as another positive sign.

Derek contracted coronavirus in late March 2020 and was later placed into an induced coma, as the virus attacked his lungs, heart, kidneys, liver and pancreas.

Kate previously shared on GMB: ‘He actually said something the other day. I walked in the other morning just before I left to go to Smooth [radio] and I said, “I’m off to Smooth now,” and he said, “New dress?” which was just amazing. And it was, actually!

‘And I thought that was amazing on so many levels because he recognised it, second, he realised to remember that I need a lot of flattery.’

Lorraine airs on weekdays at 9am on ITV.