Kate Garraway has revealed that her husband returned home from hospital for ‘medical reasons’ on today’s Good Morning Britain.

Derek was admitted to hospital in March last year with coronavirus symptoms and has now been reunited with his family at their home.

‘Derek came home on Wednesday evening and yes, we kind of feel over the moon and overwhelmed in equal measure,’ Kate shared. ‘It is quite an overwhelming responsibility.’

Opening up on the reasons for him coming back to the house, she explained: ‘It was a medical reason for coming home, as well as obviously our desire and I’m sure his desire too, to try and encourage a more normal environment to stimulate his recovery, cognition, and consciousness better.’

Kate continued: ‘It is a very unique situation so they’re trying to find unique solutions.’

The presenter also shared that she has installed an alarm system so that Derek can call for help if he requires it. 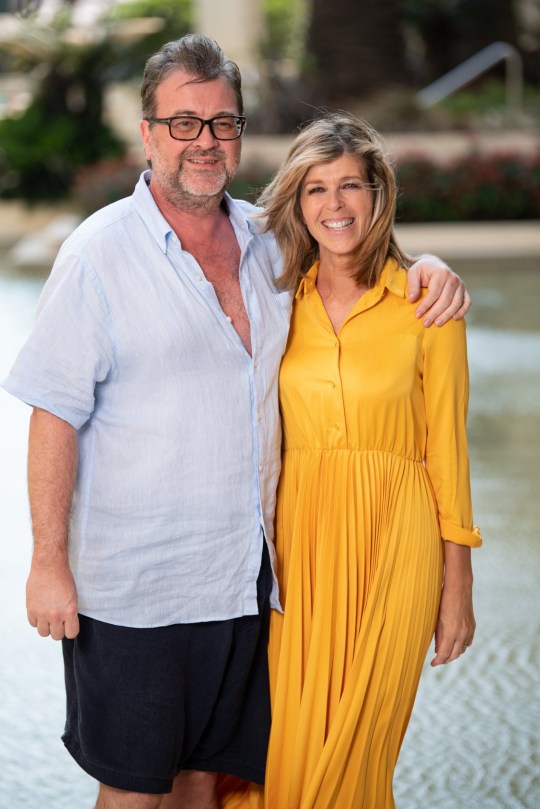 Derek Draper has returned home from hosptial after one year (Picture: Rex)

She added that there are carers who are able to provide him with around the clock care as well as people to look after their two children, William and Darcey.

Kate’s co-stars celebrated the news of Derek’s homecoming, with Richard Arnold describing the update as a ‘godsend’ for the family.

Ben Shephard revealed on This Morning last week that Derek had been ‘going backwards’ in his recovery, prompting his return home.

‘Because we went into the second lockdown, and she and the kids and his family couldn’t see him, they weren’t getting the contact, so he’d gone backwards a little bit from where we saw in that documentary,’ he told Eamonn Holmes and Ruth Langsford.

‘And I think the feeling was right we need to try and stimulate him a bit more, let’s get him home as soon as we can and then suddenly all of a sudden he’s back.’

Derek had been one of the worst-affected coronavirus patients to survive in the UK.

He was rushed to hospital last March with coronavirus symptoms and had been fighting for his life in a coma ever since – with the illness affecting his entire body.