Kate Garraway and Adil Ray both got hot under the collar during a heated debate about the official David Cameron investigation.

The former Prime Minister is facing an independent probe into claims that he tried to lobby the Government to help keep his former employer’s firm afloat.

Calls were made for an inquiry after allegations surfaced that Australian banker Lex Greensill was given privileged access to Whitehall departments while Mr Cameron was at Downing Street.

Sharing her thoughts on the political scandal, Kate said on Good Morning Britain on Wednesday: ‘There is a difference isn’t there between giving a contract to somebody because he’s your mate and possibly misusing taxpayers’ money and leaving being a prime minister and making good money, because that’s just being a good businessman and having a good career.

‘I feel like there’s a difference there from the start.’

Her co-host Adil weighed in: ‘I don’t know how you separate your political influence there. Even the Tony Blair situation, he got that job because he was prime minister and because of the contacts.’

Kate set the record straight on her stance and laughed slightly uncomfortably: ‘I’m not defending anyone here, by the way.’ 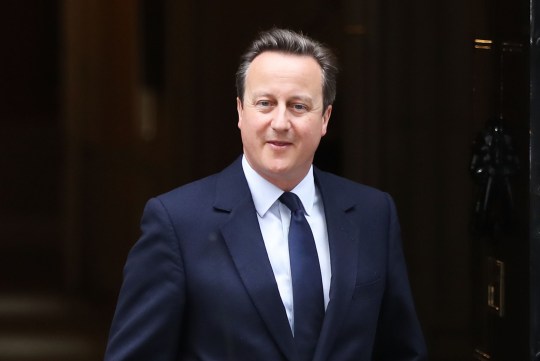 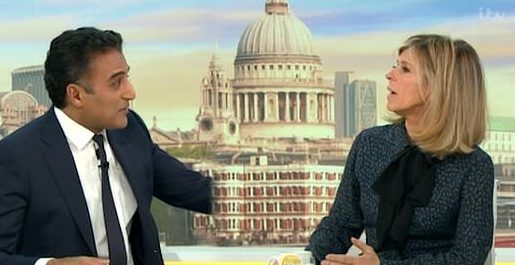 Adil Ray and Kate Garraway had differing views on the investigation (Picture: ITV)

Adil continued: ‘Why would you pay a former prime minister that kind of money? In David Cameron’s case, he’s not really that qualified.

‘Because he’s the former prime minister, because of his contacts, because of the type of people you can get you to see.

‘He’s using his political clout and that is the issue.’

Commentator Kevin Maguire, associate editor at the Daily Mirror, added his two pence and said: ‘The difference here is Cameron was trying to get public money, taxpayers money to the people who was paying them a shed load of cash.’