KAREN Pirie viewers have all been left with the same complaint – after sound blunders.

The ITV crime drama returned with its second episode tonight but fans struggled to keep up with what was going on.

Instead of being able to enjoy the thrilling series, they were left unable to hear it properly.

One furious fan raged: “Dear sound editors, why is it you can’t mix programme sound so I can understand it?

“Volume on full blast on #karenpirie still mumbling 😡. No its not the accents.”

A second said: “#karenpirie When we made (proper) telly back in the 80s we mixed the sound on fantastic speakers then we went back and corrected it so it sounded equally good on cheap rubbish speakers too. 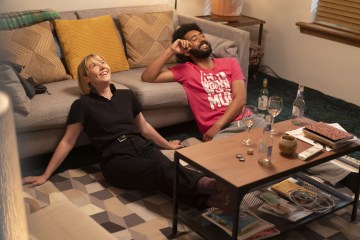 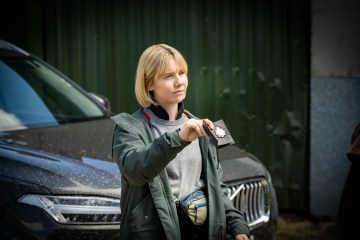 “It’s nothing to do with accent: it’s just rotten recording and mixing. Unacceptable.”

Another added: “#karenpirie This drama is actually really good but impossible to understand without subtitles.

“It’s a combination of bad sound and strong accents!”

A fourth commented: “Funny how when the ads roll round they’re loud and the sound is as clear as a bell. Thank god for subtitles 🤬#karenpirie”

The series was adapted for television by actress and screenwriter, Emer Kenny – who also stars in the drama alongside the show’s lead, Lauren Lyle.

And while the characters are entirely fictional, Lyle explained what real-life research went into becoming Karen.

Lyle said|: “It was really interesting when we were filming, we started at St Andrews Cathedral and one night we had police escorts with us.

“One of them was a twenty-something blonde woman, and it turns out she was a detective from Methil, the same tiny town Karen is from! To me, she was the real Karen Pirie.

“So we exchanged numbers and we stayed in touch, it was like looking into a mirror for Karen.”