More money, less problems? Kanye West saw a major increase in his wealth thanks to high-profile partnerships involved in his Yeezy brand.

The 43-year-old rapper’s sneaker and clothing business — now bolstered by Adidas AG and Gap Inc. — is valued between $3.2 billion and $4.7 billion by UBS Group AG, according to Bloomberg. A report published by the outlet on Wednesday, March 17, revealed that West’s total worth has skyrocketed to $6.6 billion. (Forbes previously declared West a billionaire in April 2020.)

Yeezy’s collab with Gap is set to hit stores this summer and “could be worth as much as $970 million” of the brand’s value, per Bloomberg. Last year, the Grammy winner signed a 10-year agreement to design and sell apparel under the Yeezy Gap label. West still holds total ownership and creative power within the company.

Along with the income from his Yeezy line, the “Gold Digger” artist has also accrued $122 million in cash and stock. He’s raked in an additional $110 million from his extensive catalog of music and has another $1.7 billion in other assets — including estranged wife Kim Kardashian‘s Skims shapewear brand.

Us Weekly confirmed in February that Keeping Up With the Kardashians star, 40, filed for divorce from West after nearly seven years of marriage. The twosome tied the knot in May 2014 and share four kids: North, 7, Saint, 5, Chicago, 3, and Psalm, 22 months.

Although reports of the pair’s marital woes made headlines in the months leading up to their divorce, the reality of the split has been “especially tough” for the “Heartless” rapper. 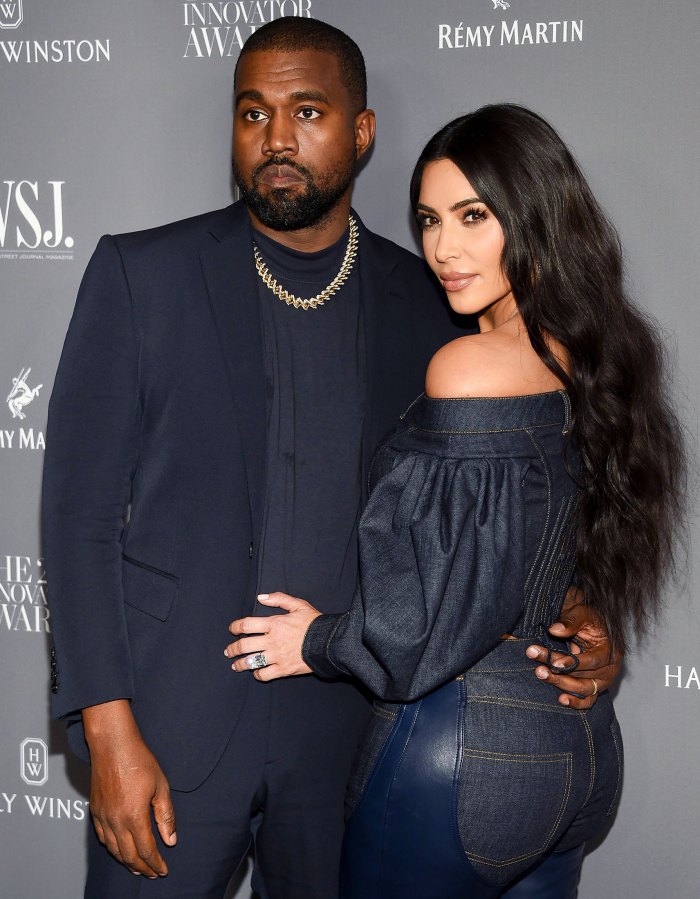 “Kanye has been trying to throw himself into work the past few weeks, but it’s been hard to stay focused with the split weighing on him,” a source exclusively revealed last month. “Kim was always Kanye’s dream girl — even before they got together — so the thought of her not being his wife anymore is a lot to take in.”

Kardashian is seeking joint legal and physical custody of her and West’s children. As they continue to negotiate the terms of their divorce, the duo is hoping to keep things drama-free. “Kanye had moved out of the family mansion before Christmas,” an insider previously told Us.

Before submitting the paperwork, the KKW Beauty founder was “done” with the “Stronger” artist’s “unpredictable outbursts.” In July 2020, the couple faced a serious bump in the road when West held a presidential campaign rally and discussed aborting North in front of a large crowd. The controversial remarks prompted Kardashian to seek advice from celeb divorce attorney Laura Wasser, whom she’d placed on “retainer” ahead of her filing.

The reality TV personality also had conversations with “her financial advisors to figure out an exit plan that would be best for her whole family,” a source said in January. “Kim has had all of her and Kanye’s financials and properties ready to be split, it’s a very fair deal for everyone.”