No filter! Kanye West spoke candidly about his split from Kim Kardashian as she sparks rumors that she’s moved on with Pete Davidson.

The 44-year-old Grammy winner, who recently changed his name to Ye, appeared on Revolt’s “Drink Champs” on Friday, November 5, and discussed everything from his famous rap feuds to his life as a father. When asked about his six-year marriage to the 41-year-old Skims CEO, the musician didn’t hold back.

“SNL making my wife say ‘I divorced him’ on TV because they just wanted to get that bar off and I never have seen the papers. We’re not even divorced,” he claimed, referring to Kardashian’s recent Saturday Night Live hosting gig, which occurred in October. “So how we — because [it’s] no joke to me, my kids want their parents to stay together. I want their parents — I want us to be together.”

West alleged that the Kardashians want “the media” wants to “promote” a different narrative about what’s happening between him and the reality star, who filed for divorce in February. The estranged pair share children North, 8, Saint, 5, Chicago, 3, and Psalm, 2.

Kardashian and the “Jesus Walks” artist tied the knot in May 2014 in Italy. Us Weekly confirmed in July 2020 that the KKW Beauty founder was meeting with lawyers in the wake of West’s controversial presidential campaign rally in South Carolina — during which he claimed that the duo had discussed aborting North — and his subsequent Twitter rants. West publicly apologized to Kardashian and her family at the time.

The Selfish author eventually submitted the paperwork to end her marriage shortly after an insider told Us that she and West had a “big fight” in December 2020 that left Kardashian feeling “done.” She later addressed the split during the reunion episode of Keeping Up With the Kardashians, which aired in June.

“It was not, like, one specific thing that happened on either part,” she explained. “I think it was just a general difference of opinions on a few things that led to this decision and in no way would I want someone to think I didn’t give it my all or I didn’t try.” 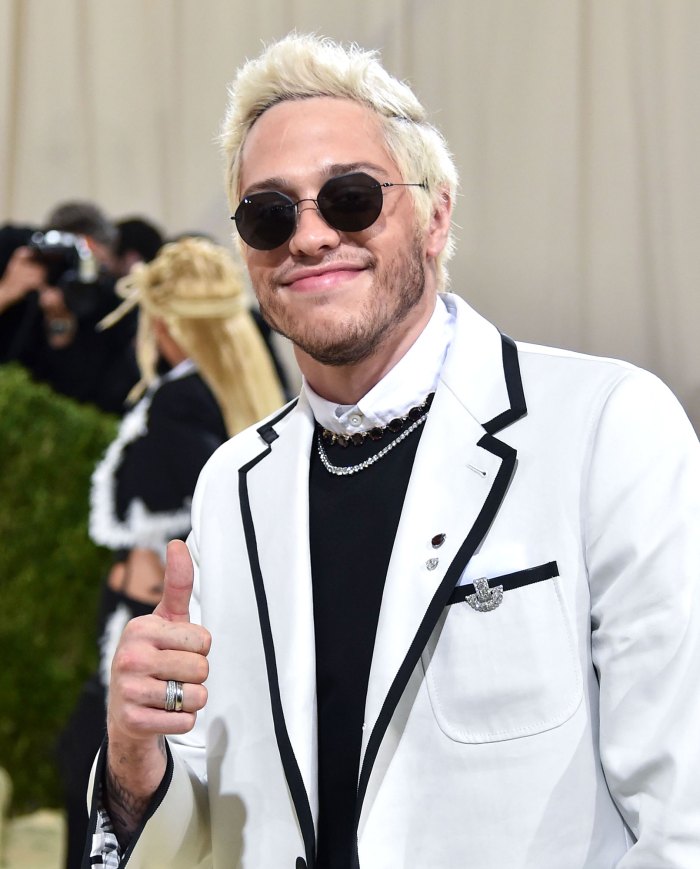 Earlier this year, West was briefly linked to Irina Shayk. Kardashian, for her part, recently raised eyebrows when she was spotted with Davidson, 27, on multiple occasions in both California and New York — even traveling to his native borough of Staten Island.

“[There] are people all around in my [wife’s] ear,” West claimed on Friday as romance rumors continue to swirl. “This is a publicist that’s next to her. I don’t f–k with her.”

Kardashian was “surprised” by how much chemistry she felt with the comedian while they collaborated on her SNL episode, a source recently told Us.

“No one really knows what is going on with Kim and Pete,” the insider added. “They are just friends right now, but things could turn romantic. … Kim is single and having fun at the moment.”