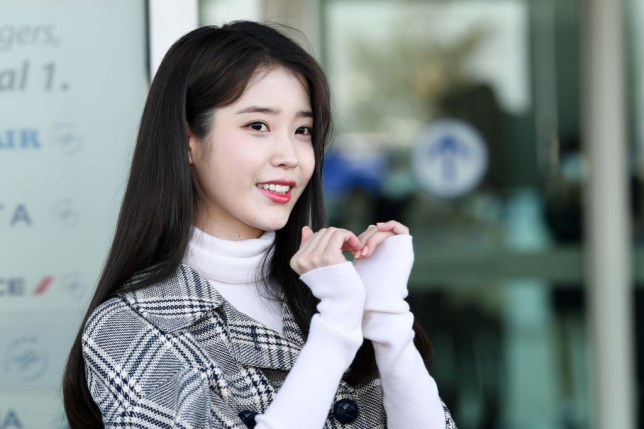 K-pop releases from artists such as IU were made inaccessible on Spotify at the weekend (Picture: Getty)

South Korean entertainment company KakaoM has released a statement after hundreds of K-pop releases were made inaccessible on Spotify globally at the weekend.

Singles and albums from the back catalogue of K-pop artists distributed by KakaoM – such as IU, SEVENTEEN, MONSTA X, MAMAMOO and The Boyz – are no longer available. Rappers like Zico, Penomeco, Bewhy and Epik High have also had their music removed.

KakaoM has released a statement explaining it is still in talks with Spotify.

The company told South Korean media: ‘KakaoM has had an agreement with Spotify on overseas music distribution.

‘We are currently negotiating our contract with them for Korea, but we were notified of our contract ending for everywhere else on February 28th.

‘We asked to renew the contract. However, Spotify said that the Korean and overseas contract has to be negotiated simultaneously, so the overseas service is currently disabled. We are still talking about distributions.’ 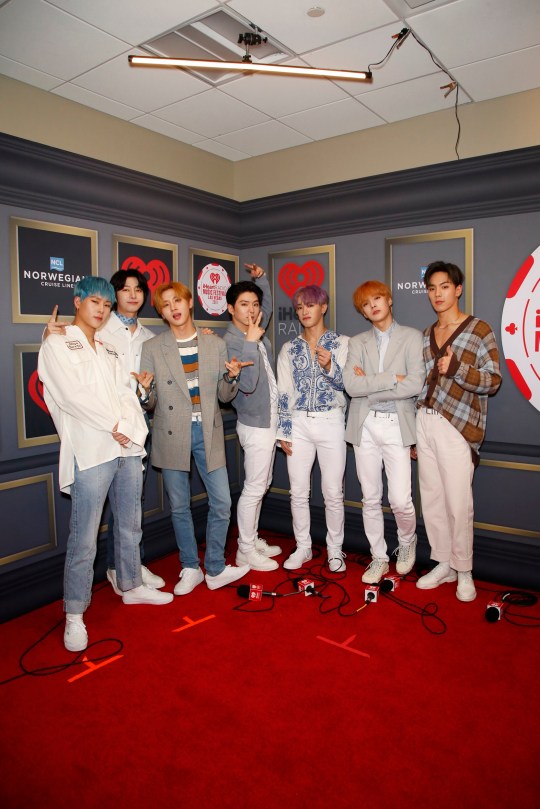 Songs from MONSTA X’s back catalogue are inaccessible (Picture: Getty)

Spotify confirmed in a statement to Metro.co.uk that music distributed by KakaoM is no longer available worldwide but hoped the situation would be ‘temporary’.

A spokesperson said: ‘Spotify can confirm that starting March 1st 2021, KakaoM’s catalogue will no longer be available to our listeners worldwide due to the expiration of our licence.

‘We have been working with KakaoM over the last year and a half to renew the global licensing agreement, so that their artists’ music would remain available to Spotify’s 345M+ listeners in nearly 170 markets around the world. Despite our best efforts, the existing licensing deal we had with KakaoM (which covered all countries other than South Korea) has come to an end.

‘The fact that we have not yet reached agreement on a new global deal is unfortunate for their artists, as well as for fans and listeners worldwide. It is our hope that this disruption will be temporary and we can resolve the situation soon. We remain committed to working with local rights holders including KakaoM, to help grow the Korean music market and overall streaming ecosystem together.’

The move did not go unnoticed by artists who shared their frustrations on social media.

Tablo from Epik High said on Twitter: ‘Apparently a disagreement between our distributor Kakao M & Spotify has made our new album Epik High Is Here unavailable globally against our will.

‘Regardless of who is at fault, why is it always the artists and the fans that suffer when businesses place greed over art?’ 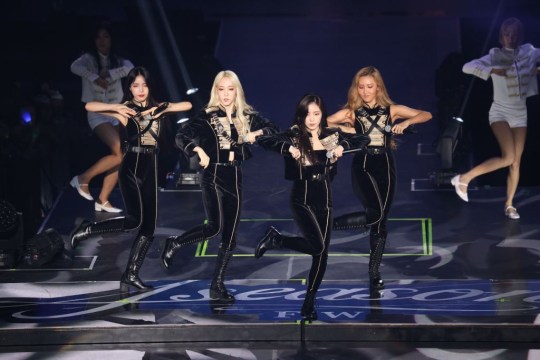 Singer Junny shared his thoughts on Instagram, posting on his Stories: ‘Hurts to hear the majority of my songs were taken down due to a disagreement between KakaoM & Spotify.

‘Hopefully everything can be resolved as soon as possible. I apologise for the inconvenience. Love y’all.’ 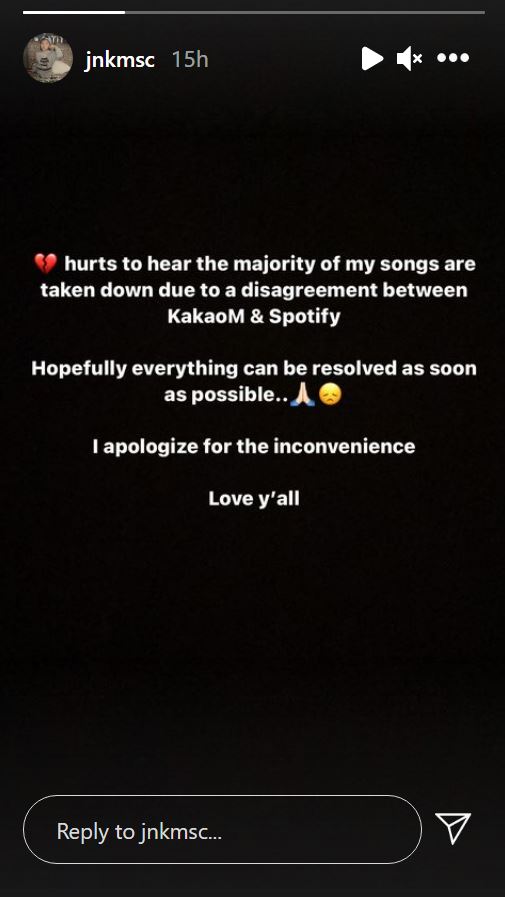 Junny shared his reponse to the issue (Picture: Instagram) 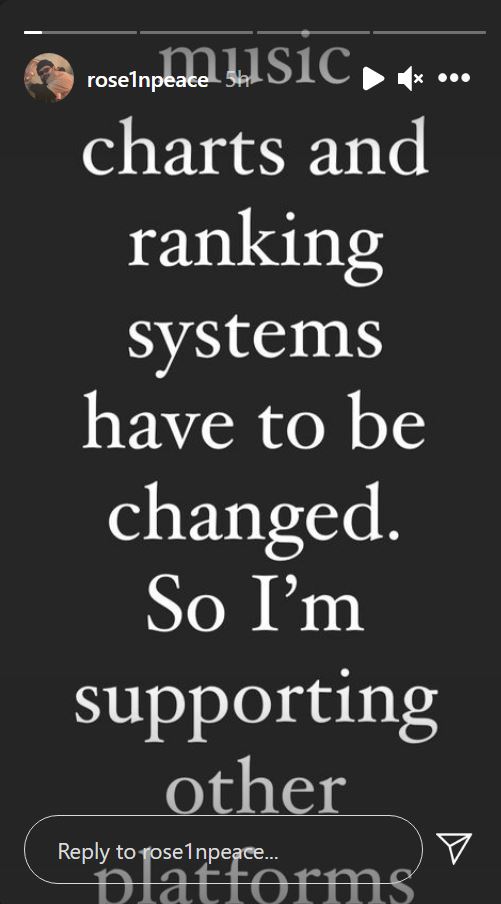 Rose In Peace is ‘supporting other platforms’ in the wake of Spotify’s move (Picture: Instagram)

Øffshore crew member RoseInPeace said on Instagram: ‘Music charts and ranking systems have to be changed. So I’m supporting other platforms’.

Speaking of other platforms, streaming service TIDAL fired off a seemingly innocent tweet on Sunday as the situation reached fever pitch on Twitter.

A message from the official account read: ‘Certified has the latest & hottest in #Kpop. Listen on TIDAL in the best quality’, prompting many to label the tweet ‘messy’.