Drowning out the noise. Justin Hartley opened up about how he deals with rumors surrounding his love life after his Chrishell Stause split, and what he tells his daughter, Isabella, about the chatter.

“I think people want to know about other people’s personal affairs, but it’s just, I would just caution people,” Hartley, 43, told Bevy Smith on SiriusXM’s Radio Andy on Thursday, October 22. “I caution my daughter on this all the time. I said, ‘You can’t — you really can’t just believe something because you read it.’”

The This Is Us star explained that he hopes people do their research before believing something about his life, but overall, he’s fine being in the public eye as an actor. 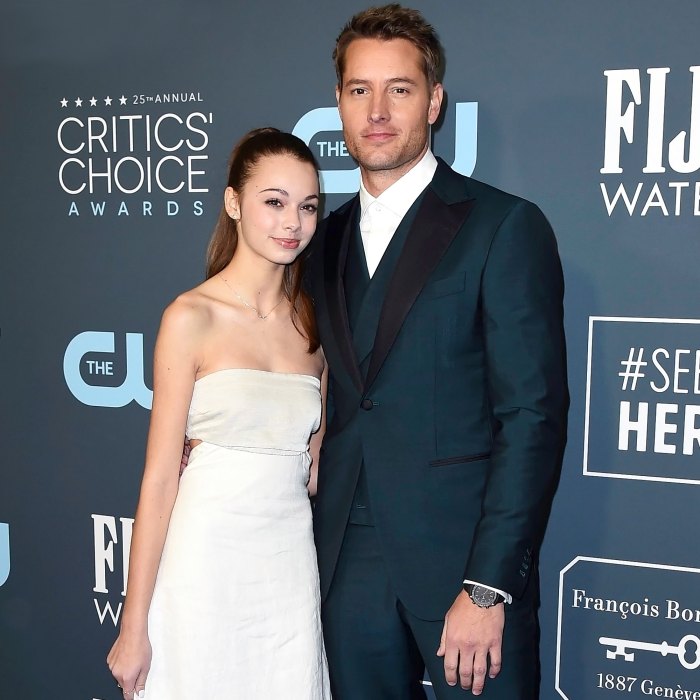 The A Bad Moms Christmas actor added that he’s also “fine” with fans who want to “dive into” the rumors about his relationships.

“If they’re getting entertainment from that, I think it sort of comes with the territory,” Hartley revealed. “But I’ve also, sort of always had this view that I will live a public [life], but I will be very private about my personal affairs.”

The Mistresses alum has been making headlines since his split from Stause, 39, in November 2019. Us Weekly confirmed at the time that Hartley filed for divorce from the Selling Sunset star after two years of marriage.

The former couple’s breakup was a hot topic on season 3 of the Netflix series, during which Stause claimed that she found out about his filing via text. A source told Us after the show’s August release that Justin is “irritated that [Chrishell is] airing their private information publicly and knows there is more to the story than is being told.”

The same month, a second source told Us that the Smallville alum “is a great, stand-up guy, and he wants to move on with his life in a classy way” and that his friends are “glad” that his estranged wife is “no longer in his life.”

Us broke the news in May that Hartley moved on with his former Young and the Restless costar, Sofia Pernas, after the two reconnected in spring of 2020.

Hartley was previously married to Lindsay Korman-Hartley from 2004 to 2012. The exes share their 16-year-old daughter.