Justin Bieber was overcome with emotion during his performance on Saturday Night Live.

The singer performed Holy with Chance the Rapper on the latest episode, which Insecure star Issa Rae hosted.

Wearing a white top, black jeans and a hat, Justin stood in a church-like structure with a neon cross hanging behind him.

The star, who recently celebrated his wedding anniversary to wife Hailey Baldwin, gave it his all throughout, sometimes closing his eyes and pounding his chest as he sang.

At the end of the performance Justin stayed hunched forward with his hands on his knees and his head down for a few moments. Chance went to comfort to him, briefly rubbing his back as he recovered.

It was the Love Yourself star’s fourth time on Saturday Night Live as a musical guest, having previously appeared in 2010, 2013 and in February this year. 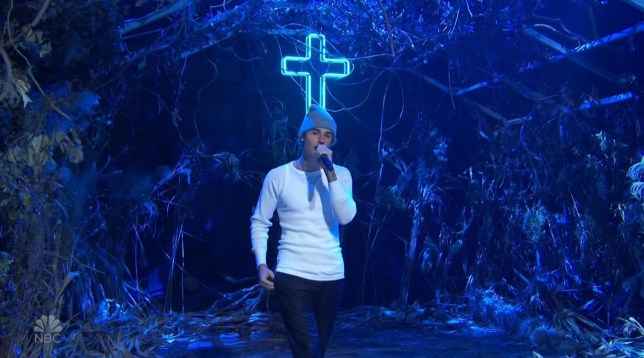 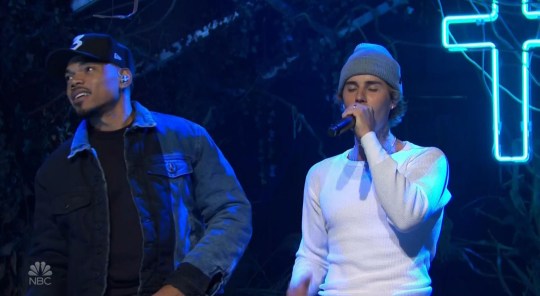 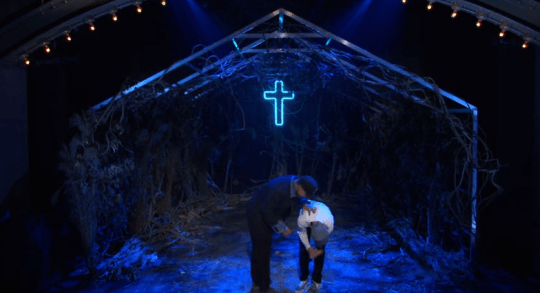 Chance the Rapper went to Justin to comfort him (Picture: NBC)

The episode also saw him sing his recent single Lonely about how he dealt with fame as a child star, walking through the corridors backstage at the show before joining Benny Blanco on stage at a piano.

Actor Jacob Tremblay plays Justin in the video for the single, dressed up as his younger self.

Speaking about the song on Instagram, Justin said: ‘It was hard to listen to considering how tough it was to get through some of these chapters.

‘I went into the studio and sang through it which wasn’t easy but started to really see the importance of telling this story! It made me realize we all feel lonely at times!

‘Being someone in my position I believe it is powerful to express vulnerability and that’s why I believe this song is so powerful! And @jacobtremblay is so talented. It was emotional to see him play me from the outside looking in.’

Wendy Williams Ex DJ Speaks Out Amid Concerns About Her Behavior