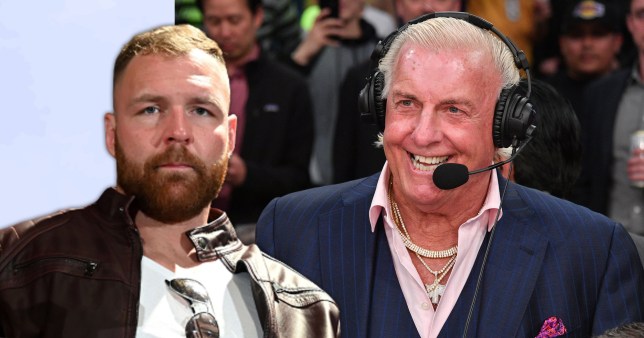 Jon Moxley has recalled a wild and boozy night out which apparently ended with Ric Flair getting arrested at the airport.

The AEW star – who worked with WWE from 2011 until 2019 – has opened up on knocking back cocktails with the Nature Boy, and admitted he had to pinch himself after growing up such a huge fan of the wrestling legend.

‘I’m like, “OK Ric! I wasn’t twisting your arm to order double Bloody Marys at 2.30 in the morning”. I’m like, “I’m hanging out with Ric Flair, this is crazy, what kind of life am I living?!”

‘I’ve been very blessed to transport myself into the universe that I watched and wondered over as kid. Sometimes I have to be like, “what the hell is going on? How did this become my life?” But it’s pretty cool!’

These ‘surreal’ moments were a fixture of Moxley’s time in WWE – where he debuted under the name Dean Ambrose as part of The Shield alongside Seth Rollins and Roman Reigns – as he spotted living legends walking the halls. 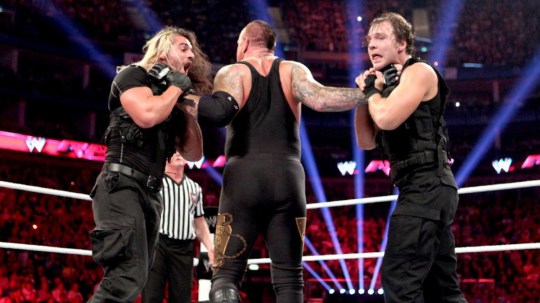 The Shield worked with some bona fide legends like The Undertaker (Photo: WWE)

He added: ‘I’ve been very blessed to transport myself into the universe that I watched and wondered over as kid. Sometimes I have to be like, what the hell is going on? How did this become my life? But it’s pretty cool!’

His current home in All Elite Wrestling is no different, with Jim Ross – himself a WWE legend of his own right and arguably the defining voice of the Attitude Era – a familiar face in the rival promotion.

‘I walk into the hallway and see somebody I grew up watching on TV. It’s just a person you see everyday,’ he laughed.

‘Jim Ross calls my matches every week, and sometimes I’m like, “that’s Jim f***ing Ross!” Or I have a conversation with him, or see Sting walking around.’ 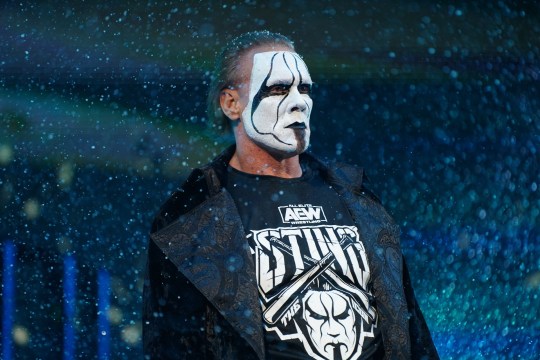 Sting is a huge part of All Elite Wrestling (Photo: AEW)

Moxley is grateful for so much the business has given him, including the chance to meet his wife Renee Paquette, who is pregnant with their first child.

‘I’ve had a lot of blessings that have come from this business and what it’s provided me,’ he admitted.

‘But really, the thing that keeps driving me – that feeling of the end of the night when you’re bleeding and sweating, coughing up bile, your teeth are loose, but you feel like a million dollars because you really gave everything you had and left it all in the ring.

‘You put yourself in danger and survived – to come out the other side of that, that’s the addictive part.’

And while he’s loved brushing shoulders with legends of the game, he isn’t worrying too much about if – or most likely when – he’ll be held in the same high regard.