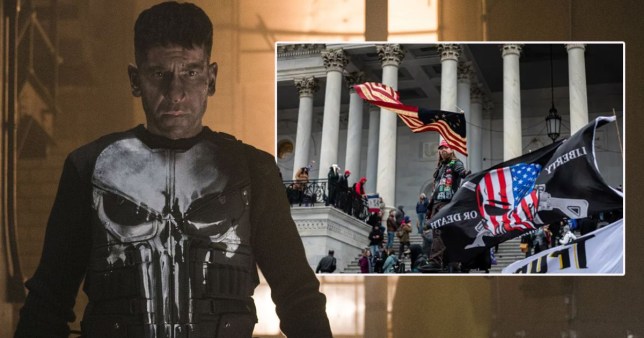 The Punisher star Jon Bernthal has expressed how ‘disgusted and horrified’ he felt seeing people taking part in the Capitol riots wearing T-shirts embossed with the symbol of the Marvel character.

In 2016, Jon, 44, made his debut as Frank Castle, otherwise known as The Punisher, in Netflix’s gritty Marvel series Daredevil.

The actor went on to star in his own eponymous TV show, which ran for two seasons before being cancelled by the streaming platform.

The Punisher is a war veteran and vigilante intent on fighting and exposing the criminal underworld, with the antihero sometimes using brutally violent means to achieve his aim.

On January 6 this year, supporters of ex-US president Donald Trump stormed the Capitol in Washington DC, clashing with police and resulting in the governmental building being placed on lockdown.

Some donned Punisher T-shirts, something that Jon felt extremely disheartened by. 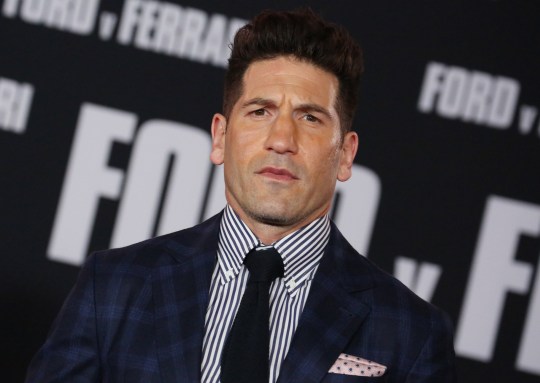 During a recent appearance on the Independent Americans podcast, The Walking Dead star said he felt ‘so disgusted and horrified how that can be bastardised and taken in a different direction’ while discussing the Punisher symbol.

‘How folks could have gone and done what they did on that day – it’s just something I can’t wrap my head around. The fact that that symbol is at all tied into that is something I’m just, I’m horrified by, and disgusted with.’

Iâm with you. Beautiful work. These people are misguided, lost, and afraid. They have nothing to do with what Frank stands for or is about. Big love. J. https://t.co/Q4GpaGW3ek

The actor explained that something that he holds dearly about playing the role has been how he has been able to connect with people who have shared similar experiences to the character.

‘One of the things that I just cherish more than anything else is the relationships that I’ve been able to make with folks that have really opened up to me and talked to me about their experiences in an intimate way, especially when they’re talking about their service and when we’re talking about serving overseas,’ he stated.

In January following the Capitol riots, Jon responded on Twitter to someone who shared their fanart of The Punisher, stating that ‘no matter how many nut-jobs steal his logo, I’ll stil be a Punisher fan’.

‘They don’t understand what it truly symbolises. If they did, they wouldn’t wear it. And I’m not going to let them take it from me,’ the fan wrote.

Jon quote-tweeted the post, responding: ‘I’m with you. Beautiful work. These people are misguided, lost, and afraid. They have nothing to do with what Frank stands for or is about. Big love. J.’

The first two seasons of The Punisher are available to watch on Netflix.