John Oliver revealed his thoughts about the Royal Family after Meghan Markle and Prince Harry’s bombshell interview with Oprah Winfrey.

The comedian couldn’t resist taking a dig at Prince Andrew- who has been under scrutiny over his links with the late paedophile Jeffrey Epstein – as he suggested that the Queen’s son might be ‘really happy’ about the ongoing fallout from the interview.

The Last Week Tonight host appeared in an interview with Jimmy Fallon on Monday night, after his 2018 advice for Meghan went viral in the wake of the royal couple’s revelations.

Speaking to Jimmy, John joked: ‘The one person who I think has been really happy about all this has been Prince Andrew.

‘I’m guessing that he has been nudging the royal family: “Can you believe what Meghan did, huh? Can you believe it? Dragging this family’s name into disrepute, shaming us…. she has ruined our reputation, she has, right guys?”‘

John also stated he hadn’t been surprised about the headline-making chat as he explained: ‘I mean, I will say, I didn’t find any of it surprising. That was kind of what I felt her experience was going to be going in. 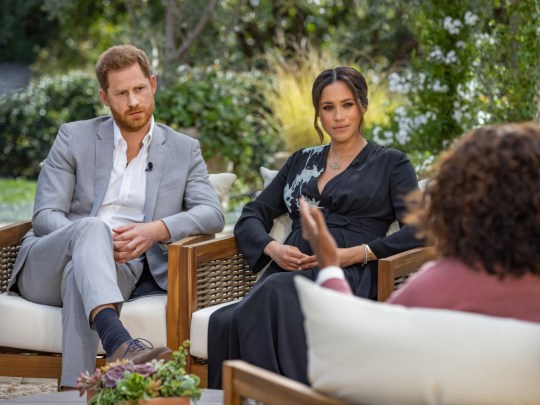 ‘I grew up, I know the royal family from a distance and they seemed like flawed people. That’s literally the kindest way I can possibly put it.’

The comedian then mused: ‘It’s hard to say, isn’t it? Because the royal family, its whole selling point is that it doesn’t change.

‘That was kind of the point of it over centuries, that times come and go, governments rise and fall, but the royal family will always be there, unyielding. The stiff upper lip that doesn’t wobble. So, that’s their selling point.’ 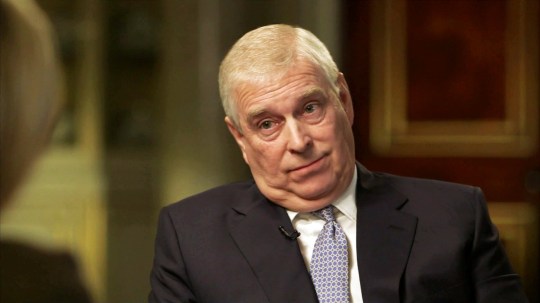 Prince Andrew has denied all claims against him (Picture: BBC)

He continued: ‘As years go by, you realize that not changing is not entirely a good thing. Because that means the times might be changing around you, and you are refusing to evolve. So I don’t think they will change because I don’t think they have the capacity to. But they obviously should.’

Days before, a clip of John speaking with Stephen Colbert three years ago went viral, with many punters suggesting he ‘predicted’ Meghan’s life in the Royal Family, and the Duke and Duchess’ eventual withdrawal from duties in 2020.

Asked about the impending nuptials as a Brit, John said at the time: ‘I would not blame her if she pulled out of this at the last minute.

‘I don’t think you need to have just seen the pilot episode of The Crown to get a basic sense of she might be marrying into a family that could cause her some emotional complications.’