John Lydon has taken another savage swipe at the Sex Pistols Disney Plus biopic by hailing the sexual undertones as ‘upsetting.’

According to the official synopsis, the six-parter will ‘guide us through a kaleidoscopic telling of three of the most epic, chaotic and mucus-spattered years in the history of music’ and will also detail Steve’s battle with sex addiction.

Lydon described the X-rated scenes as ‘upsetting, as a lot of it has sexual connotations which are dubious at best.’

Adding to The Mirror, Lydon continued: ‘They have gone for the wrong end of things just to be sensational.’

The publication claims that the 66-year-old musician hasn’t seen the show, but will do when the time comes to ‘fact -check’ the band’s story. 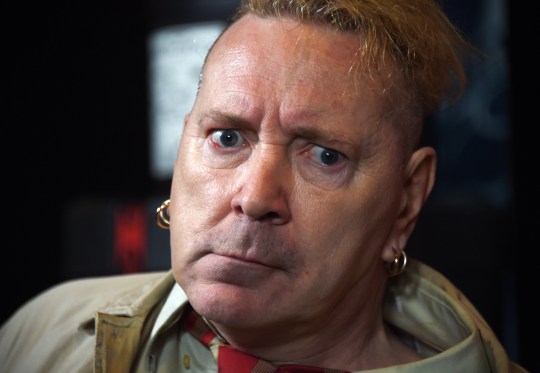 John Lydon has been very vocal about the upcoming Disney Plus biopic(Picture: WireImage)

In 2021, Lydon lost his lawsuit with his ex-bandmates regarding the use of their music in the upcoming programme.

The singer argued that a 1988 contract signed by himself and bandmates Jones and Cook regarding music licensing was not adhered to.

However, the judge ruled that all parties have complied with the contract and that the majority of the band can overrule a single veto.

In the biopic, Queen’s Gambit actor Thomas Brodie-Sangster stars as the band’s manager Malcolm McLaren and in the official promo, he tells the punk band: ‘With the right guidance you could change the world’, while an announcer says over footage of rioting, ‘Punk has taken London’s youth by storm.’

Iris Law, daughter of Jude Law and Sadie Frost, will make her screen debut in the series as Soo Catwoman.

Oscar winner Danny Boyle directs and serves as executive producer on the series, which was created and co-written by Craig Pearce.

The Sex Pistols formed in London in 1975. Their initial career only lasted two and a half years, however, they are regarded as one of the most influential acts in the history of pop music.

Metro.co.uk has contracted representatives for Disney+ and Sex Pistols for comments.

Pistol is set to release on Disney Plus on May 31.