Originally released in December 1970, ‘John Lennon/Plastic Ono Band’ was recorded shortly after the demise of The Beatles. The record, which was co-produced by Phil Spector and once described by Lennon as “the best thing I’ve ever done”, featured Ringo Starr on drums and Klaus Voormann on bass and included the songs ‘Working Class Hero’, ‘Isolation’ and ‘God’.

Ono personally oversaw the production and creative direction of the reissue, which includes rare demos, rehearsals, outtakes, jams and studio conversations as well as 87 never-before-heard recordings. The full live recording session of Ono’s companion LP, ‘Yoko Ono/Plastic Ono Band’, is also included, presenting the songs in their full, unedited lengths and speed for the first time.

The ‘John Lennon/Plastic Ono Band – The Ultimate Collection’ has been previewed with the new ‘ultimate mix’ of the album’s opening track ‘Mother’, which you can hear below.

In the preface of the box set’s accompanying book, Ono wrote: “With the Plastic Ono Band albums, John and I liked the idea of this really raw, basic, truthful reality that we were going to be giving to the world.

“We were influencing other artists, giving them courage, giving dignity to a certain style of vulnerability and strength that was not accepted in society at the time. It was a revolution for a Beatle to say, ‘Listen: I’m human, I’m real.’ It took a lot of courage for him to do it.” 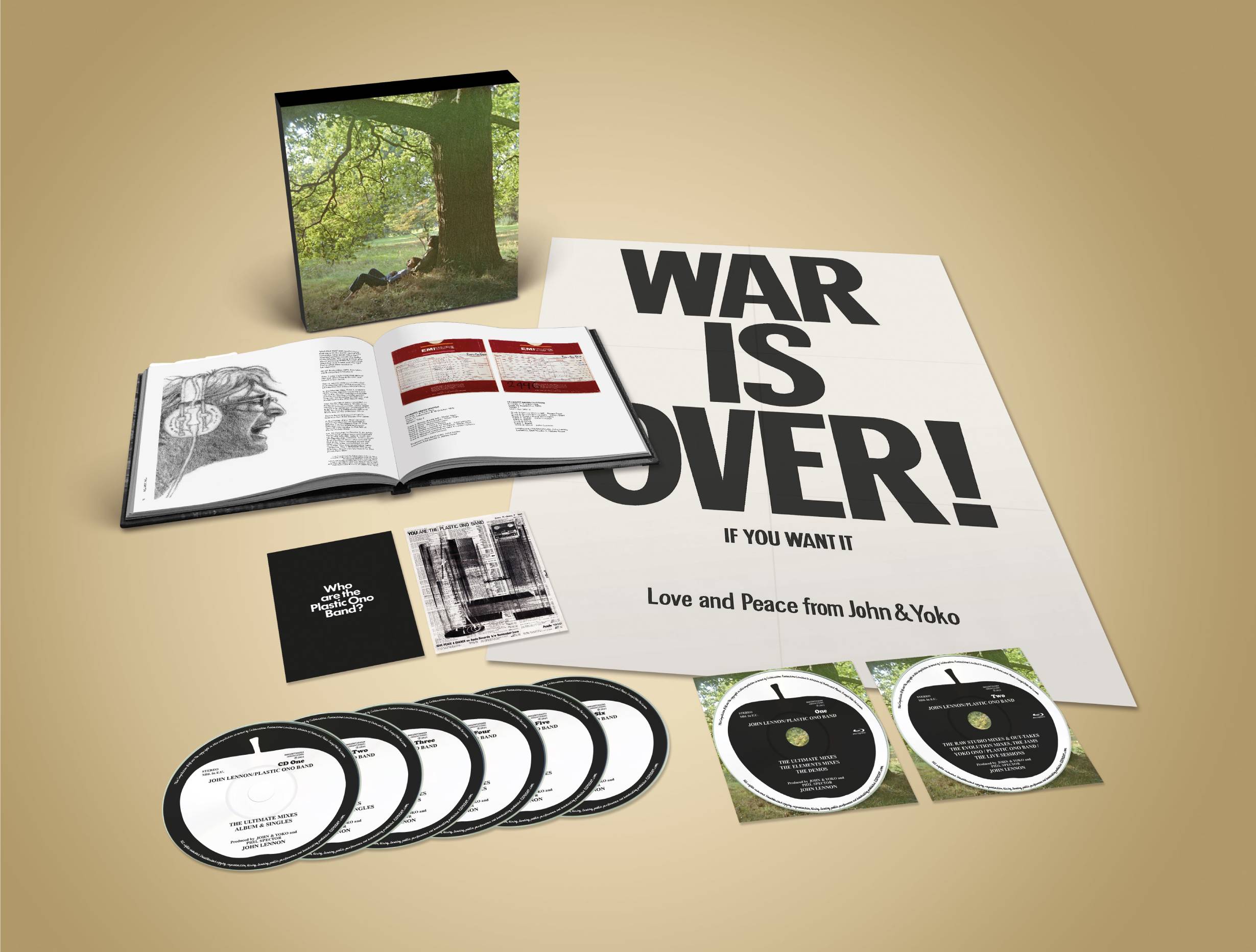 You can find out more about and pre-order the ‘John Lennon/Plastic Ono Band – The Ultimate Collection’ here. A special unboxing video for the box set can be viewed here.

Last month a new music TV channel, the Coda Collection, launched with the backing of the likes of Yoko Ono and Experience Hendrix’s – the estate of Jimi Hendrix – Janie Hendrix.