Jimmy Eat World frontman Jim Adkins is eager to watch the crowd response to My Chemical Romance as the bands tour together next year (Picture: Getty)

Jimmy Eat World are heading on tour with My Chemical Romance, and all is right with the world.

The emo renaissance has seen one of the most joyous reunions ever as MCR embark on a massive world tour, two years delayed by the Covid-19 pandemic, after getting back together in 2019.

After an incredible UK tour which saw the Foundations of Decay rockers descend on Milton Keynes for multiple nights, as well as sold-out arenas across the island, the New Jersey natives are back in the US to continue the tour.

Next year, MCR will jet off to Australia for yet more carnage as they’re welcomed back with the sort of furious adoration the fandom is known for, and they’ll be accompanied with another staple of the scene.

Jimmy Eat World frontman Jim Adkins spoke to Metro.co.uk ahead of the When We Were Young festival taking place in Las Vegas, USA this weekend, where he reflected on the ’emo’ label as well as the changing demographics of their fans in the 30 years they’ve been making music.

As well as reflecting on the past, Jim spoke of his excitement to play with My Chemical Romance again, after the ‘disappointment’ of the pandemic cancelling their planned shows together in Japan.

‘I was really bummed out,’ he admitted. 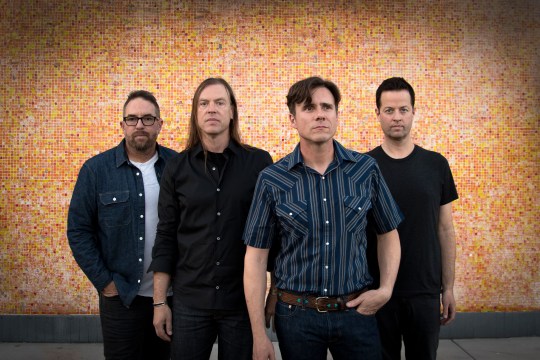 The band had been set to support MCR in Japan, but things fell apart during the Covid-19 pandemic (Picture: Jimi Giannatti)

‘Japanese fans are so loyal. It’s like, once they’ve decided “OK that’s my thing,” that’s their thing. I was so disappointed when the world took a dive and we lost out on that experience, to see what an Osaka My Chemical Romance die-hard fan is.

While the two legendary bands won’t hit Japan together, there’s still plenty to look forward to from the Australia shows, with Jim almost in awe of the connection Gerard, Mikey Way, Frank Iero and Ray Toro have with their fans.

‘I’m super excited… we’ve played with them before, before they broke up. I remember they were an incredible live band.

‘They developed a connection with the audience right off the bat when they were performing. People were rabid fans of them back then, I can only imagine what it’s like now. I’m so curious about watching what the crowd does.’ 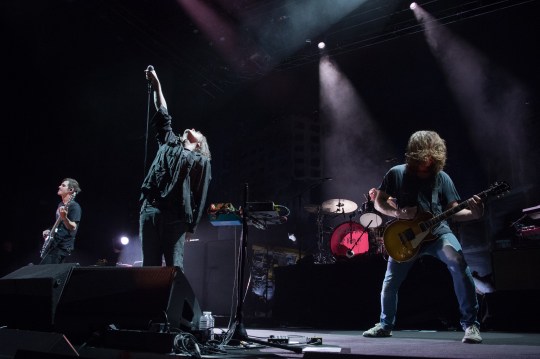 MCR have such a ‘connection’ with the fans, Jim recalled (Picture: Redferns) 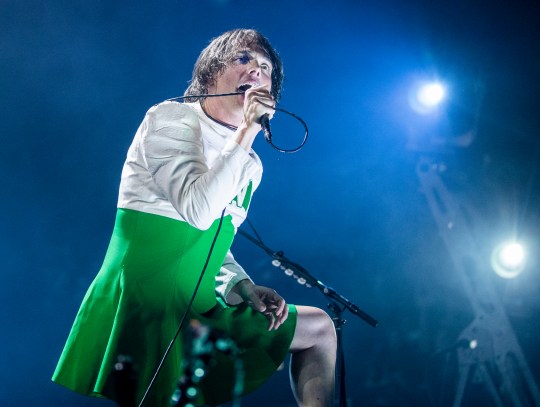 Jimmy Eat World themselves have a massive fanbase spanning generations, as young people connected with their tracks across their 29-year career.

But, as Jim put it, ‘we’re not really at the full back tattoo level of crazy fandom.’

The frontman has, however, seen his own face tattooed into a fan’s skin, and while it’s a ‘compliment’ to be looked up to in that way, he didn’t know quite how to react. 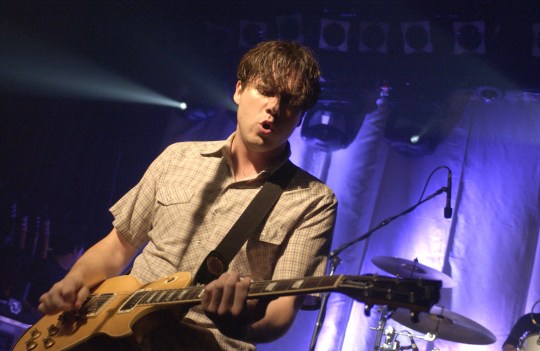 The vocalist and guitarist has himself been inked onto a fan’s skin, but wasn’t sure what to make of it (Picture: WireImage)

‘So it’s a big compliment to be that person for somebody else. That being said… it’s weird! It’s just weird!’

Jimmy Eat World’s fanbase may not be as ‘rabid’ as My Chemical Romance’s, but they’re no less dedicated, with Jim telling Metro.co.uk that the fans who have been there from the start still come to shows – now with their grown-up children in tow.

‘In some ways it hasn’t changed at all because the same people who helped us promote shows and let us sleep on their floors in 1996 are still coming. 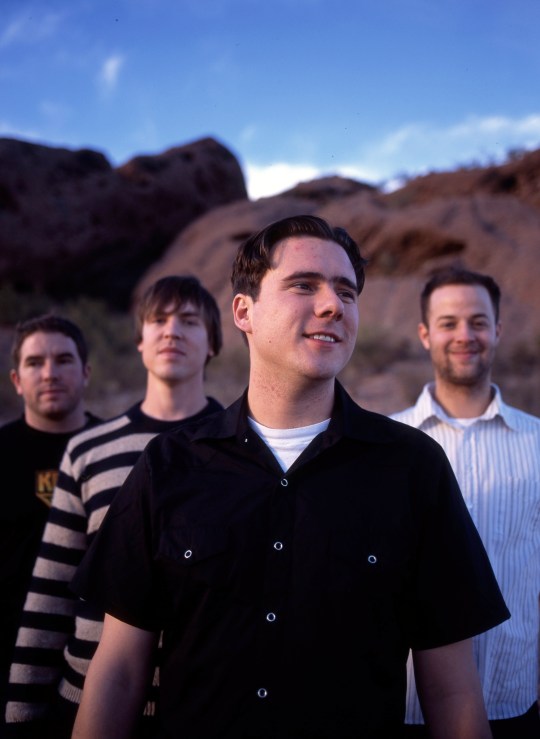 Jimmy Eat World have been a staple in the scene since the 90s, and their original fans still attend shows – now with their own adult children (Picture: Getty)

‘What’s changed is they have their 20-year-old kid with them now. That’s weird. It’s weird! We’re all about cradle-to-grave marketing here at team Jimmy Eat World.’

The band have just released their newest single, Place Your Debts, which delves into the idea of how ‘at any moment there is a cosmic number of other choices you could have made.’

‘It’s a getting older thing, but a younger thing, too. If you’re in your mid, late twenties, you’re always going to be thinking “I should have my s**t way more together.”