Jimmy Carr has a challenge on his hands in a new Channel 4 series, as he is taught how to be less mean.

The presenter, 49, will get image coaching from YouTuber Amelia Dimoldenberg in the spoof, as she takes on the role of a mock PR guru.

Amelia rose to fame with oh-so-popular web series, Chicken Shop Date, and those awkward interviews with music stars in fast-foot outlets have landed her a gig on a major TV channel.

Also taking part in some comical image coaching is podcast host and Made In Chelsea star Jamie Laing, who will learn to be less of a love rat.

As well, Naked Attraction host Anna Richardson will be rebranded as The Naked Lady.

A sneak preview of the series shows Amelia tell Jimmy she is ‘disappointed’ in him after giving him an opportunity to be nice, but he had ‘just been meaner.’

Jimmy told her he would take the criticism on board, but proved he can dish it out as well as take it, as he offered Amelia her own feedback.

‘It feels to me like you’re literally stealing money from Channel 4 because what even is this?’ 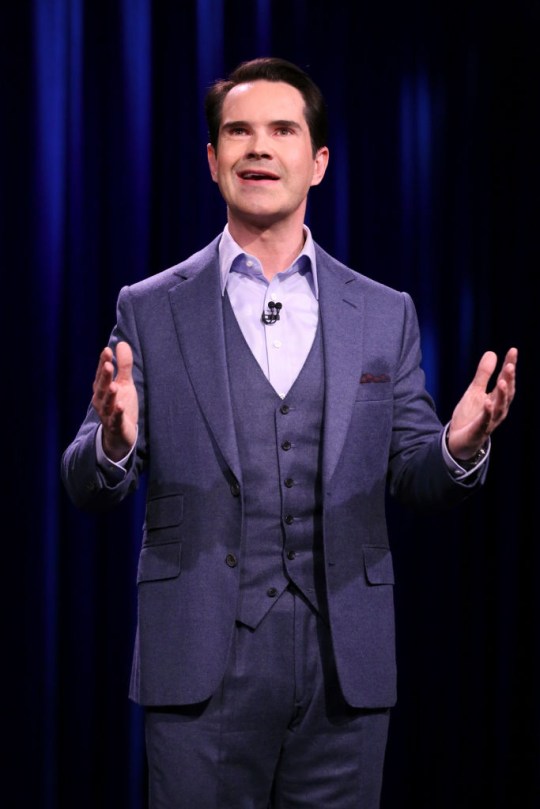 Can Jimmy Carr learn how to be less mean? (Picture: Getty)

Continuing his sarcastic rant, he takes aim at Amelia’s ‘power suit from the 80s and white shoes,’ saying they don’t make her ‘qualified to rebrand anything.’

Amelia awkwardly makes her excuses to leave the room, suggesting someone is calling her name.

Jimmy replies, in the totally silent room: ‘I guess we can put that on in the edit, someone calling your name.’

Six ten-minute episodes are being made by comedian Romesh’s production company, Ranga Bee, and will be released online later this month.

Channel 4’s digital commissioner Evie Buckle said: ‘Celebrity Rebrand is a rare gem of an idea that expertly marries our favourite TV and digital talent with a witty, anarchic and purposefully-awkward premise.

‘Ranga Bee and Amelia have tapped into what we love about these household names and the internet’s best cultural faux-pas to create a series that ticks all the boxes as to what we’re looking for in digital commissioning.’