Setting themselves apart. Jill Duggar and husband Derick Dillard have been letting it all out in couples therapy — and their marriage isn’t the only thing that’s benefitted from the process.

“It was one of those things where we knew therapy was helpful but until we got to the point where we were, like, desperate … we didn’t venture out to actually sign up for it,” the TLC personality, 29, told Us Weekly exclusively on Monday, January 22, in a joint interview with her husband, 31. “It’s been so helpful learning to communicate as a couple and knowing your triggers.” 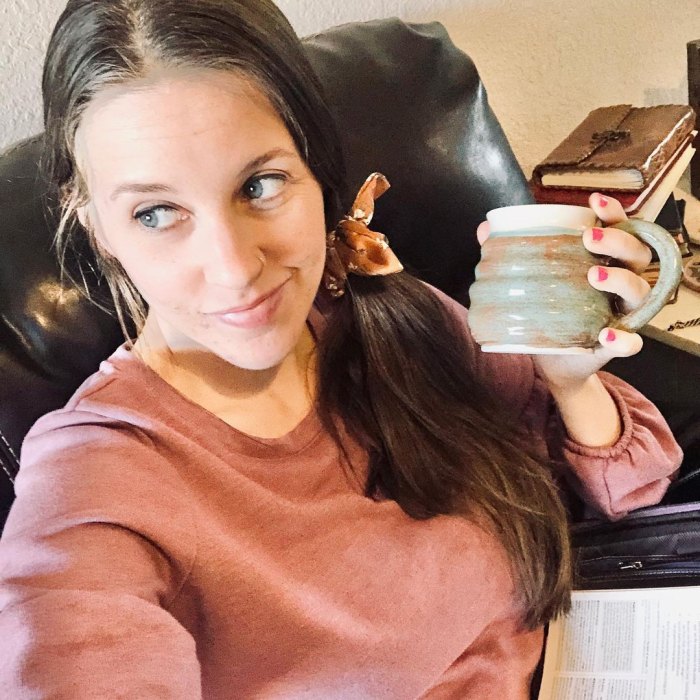 The couple tied the knot in June 2014 and share two sons: Israel, 5, and Samuel, 3. After experiencing “a lot of transition” in their lives, the pair decided that starting therapy would be a useful step for them both.

“There were just a lot of things that we were working through and then learning to develop boundaries with even just extended family,” Duggar explained. “[There’s] a little bit of drama there. … At that point, we were like, ‘We really need somebody outside the picture to speak into our lives to help us sort things out.’”

From 2008 to 2015, the Arkansas native and her family shared their lives with the world on TLC’s reality series 19 Kids and Counting. A spin-off show featuring Jill and sisters Jessa, Jinger and Joy-Anna Duggar — called Counting On — premiered in 2015. Two years later, Jill and her husband dropped out of the show.

The Growing Up Duggar author previously hinted at drama between her and her family members in an October 2020 YouTube video, noting that constantly filming their lives impacted her family relationships.

“We found out we didn’t have as much control over our lives as it related to the show and stuff, as we needed,” Jill said at the time. “We had to make a decision at that time to kind of put the show aside … to pursue our own goals and everything. That’s when we made that decision.”

While it was “really difficult” to leave the show, Jill asserted that she didn’t have any regrets. Since stepping away from reality TV, the couple haven’t been on great terms with the rest of the Duggar brood.

“There’s been some distancing there,” the mother of two said on YouTube in October. “We’re not on the best terms with some of my family. We’ve had some disagreements, but we’re working toward healing definitely and restoration, but we’re having to kind of just take some time and heal.”

Looking back on the moment she decided to exit her family’s show, Jill told Us that “there wasn’t a lot of support” from her loved ones and things haven’t “gotten significantly better” since then.

“We were ready to leave and felt strongly about leaving. … There are definitely some issues there,” she added. “We definitely feel like we’re in a healthy place now for our family and have control over our lives. … Certain people are more supportive than others. I think it ebbs and flows with a family of that size. Every family has drama and so when you’ve got that many more people giving opinions or whatever, it can get crazy.”