The moment was documented in a teaser clip for the upcoming episode of the MTV show.

JWoww got a ‘video’ of Angelina ‘going into her side-boo’s home’Credit: MTV / Twitter 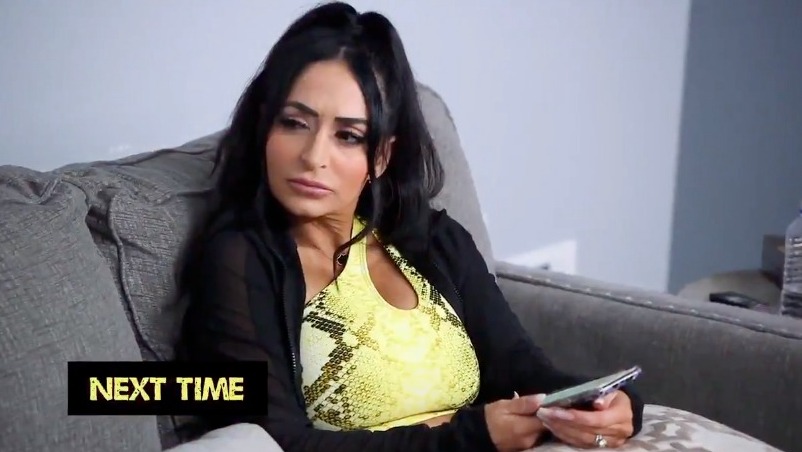 Angelina has been open about the problems in her marriageCredit: MTV / Twitter 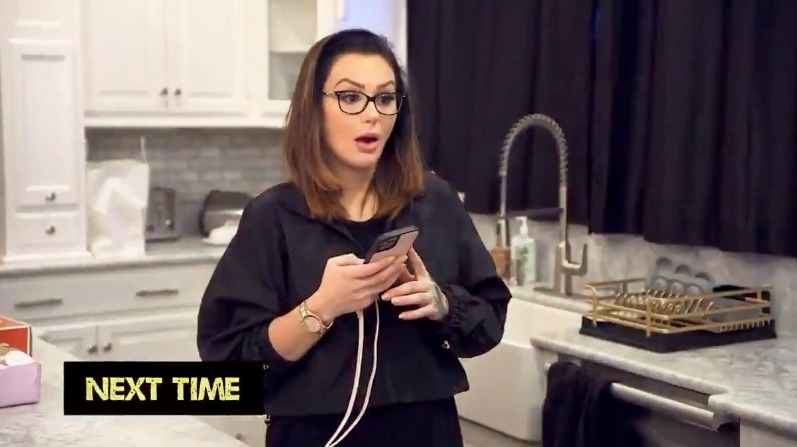 The drama will air on Thursday’s episode of Jersey ShoreCredit: MTV / Twitter

During their conversation, Mike told the 35-year-old: “Angelineers with a supposed side-boo?”

She then confronted Angelina, 34, about her alleged affair, sharing: “There’s security footage of you entering some gentleman’s house.”

Angelina appeared disgusted as she asked where Jenni heard the rumor from.

The clip concluded with Jenni stating: “I think I just got the video.” 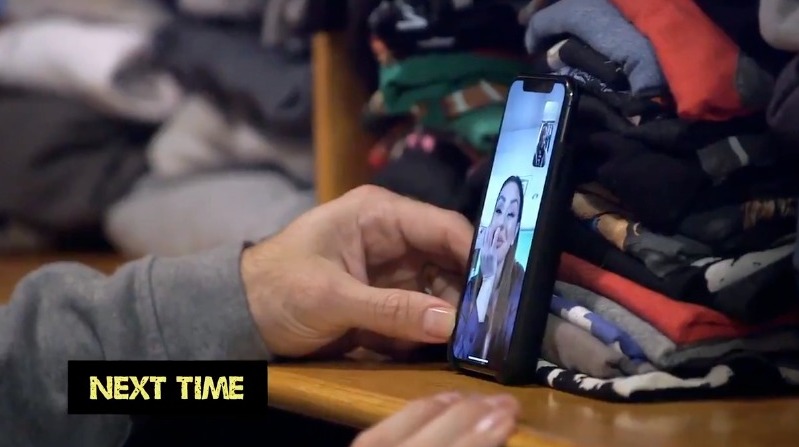 Mike was the first person to learn about the videoCredit: MTV / Twitter 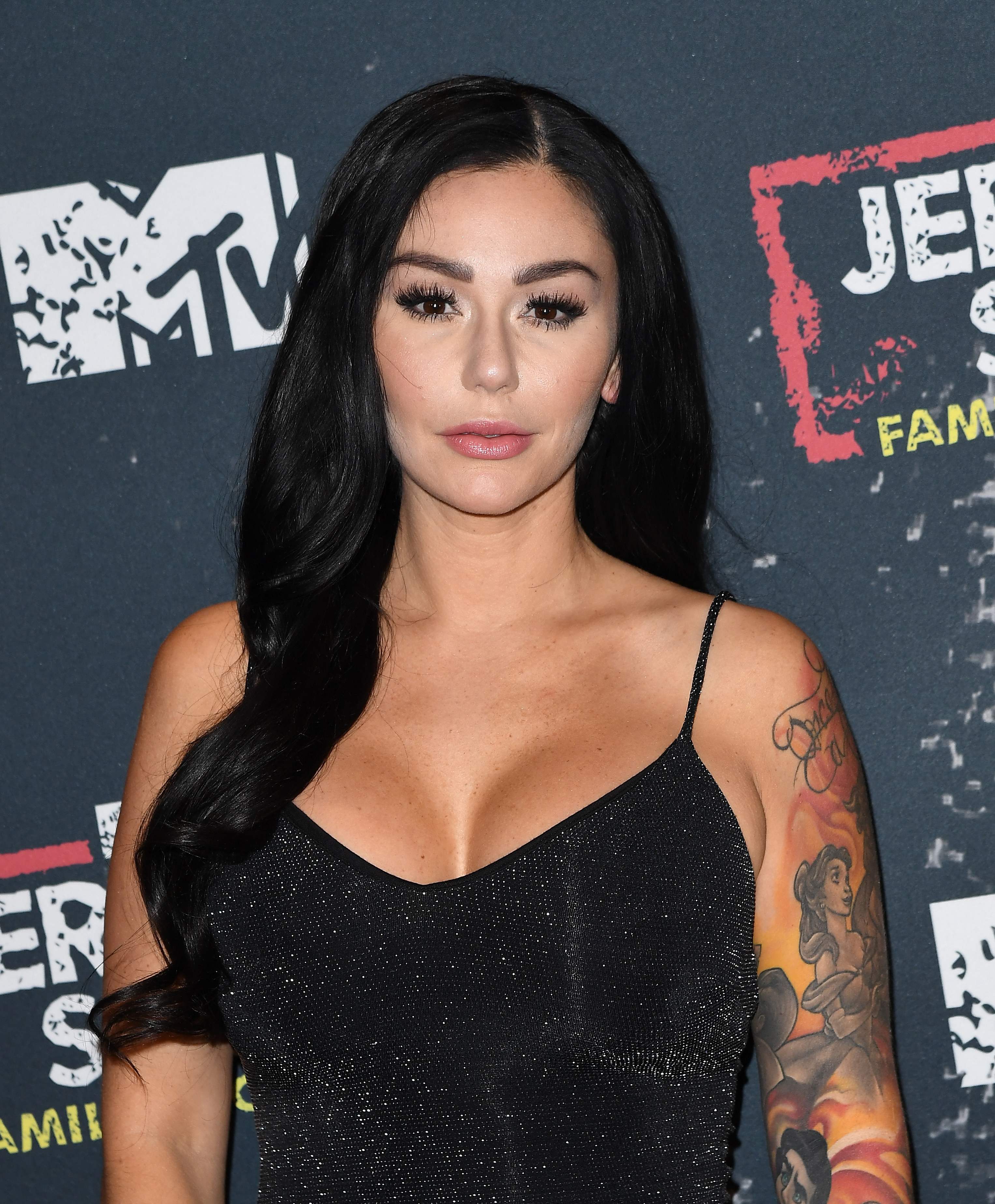 Jenni confronted Angelina in the teaser clipCredit: AFP or licensors

During last week’s episode of Jersey Shore, Angelina admitted she was having problems in her marriage to Chris Larangeira.

The pair married in November 2019 in an extravagant televised wedding ceremony.

Speculation of their split began when viewers noticed the two had unfollowed each other on Instagram.

The 34-year-old later revealed to Jenni and Deena Cortese that she feels she failed as the “perfect wife” and that her sex life is “nonexistent” in a recent episode.

During the June 10 episode, Angelina confirmed the split rumors as she confessed to Mike “The Situation” Sorrentino that her husband moved out of their home nearly three weeks earlier. 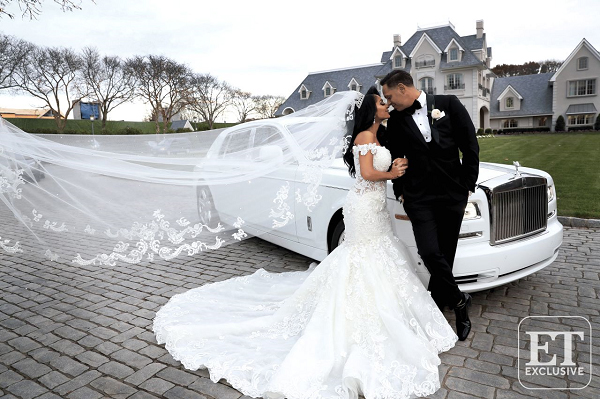 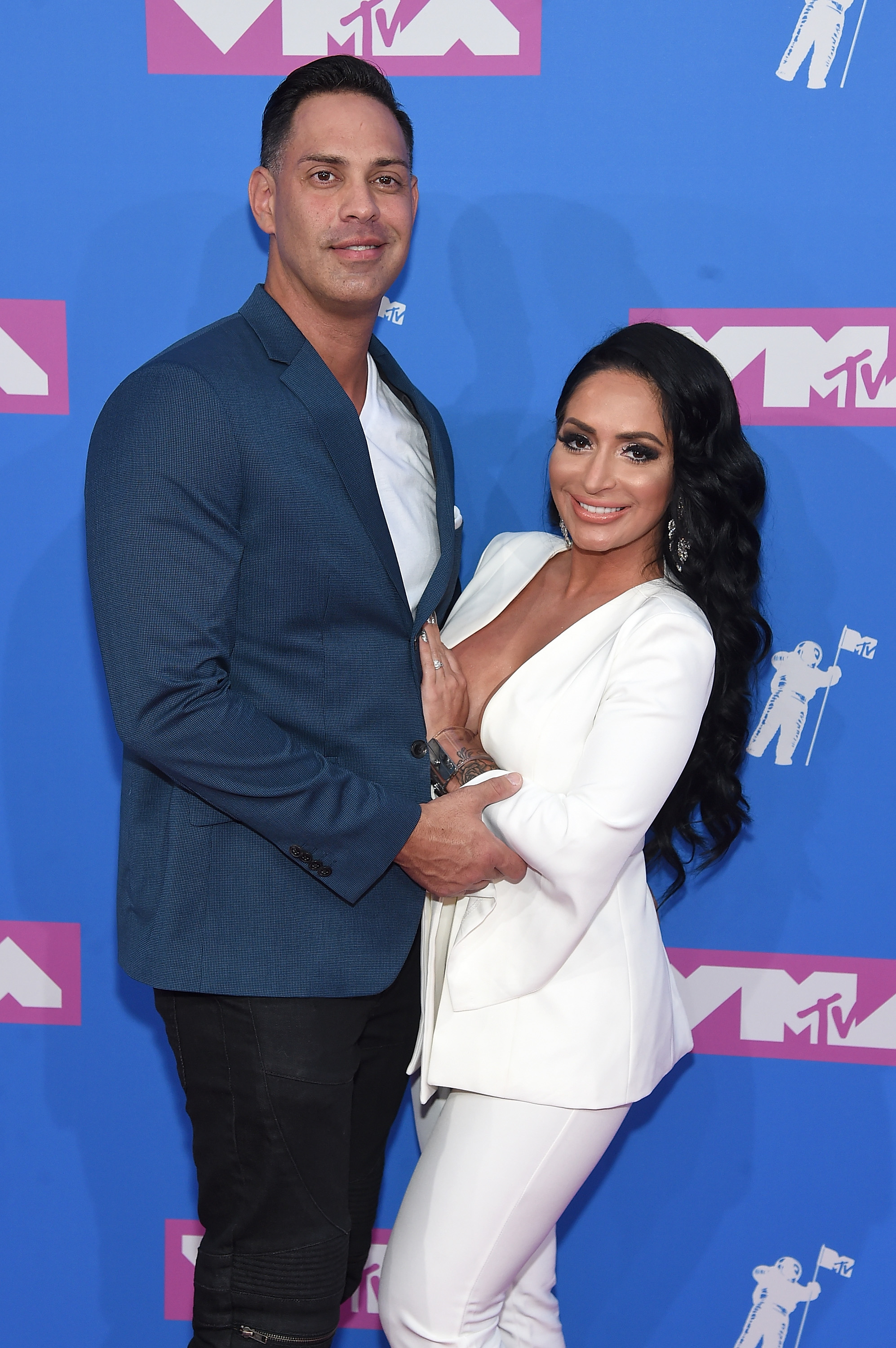 The reality star has been open about her troubled marriageCredit: Getty

Explaining why they split, Angelina said: “We got into a fight and he moved in with his mother and it’s been a few weeks now.”

She said her husband crossed the line, stating: “Chris leaving and taking down his stocking, ripping up his ‘Merry Christmas to my wife’ card, he wanted to see that card ripped up.

“He wanted to see that stocking gone. Chris wanted me to see all of his clothes gone. For him to do that to me over a fight is just not fair.”

The reality star also claimed that she asked Chris to go to therapy and he declined.

Angelina added that their problems quickly escalated and they had to get lawyers involved. 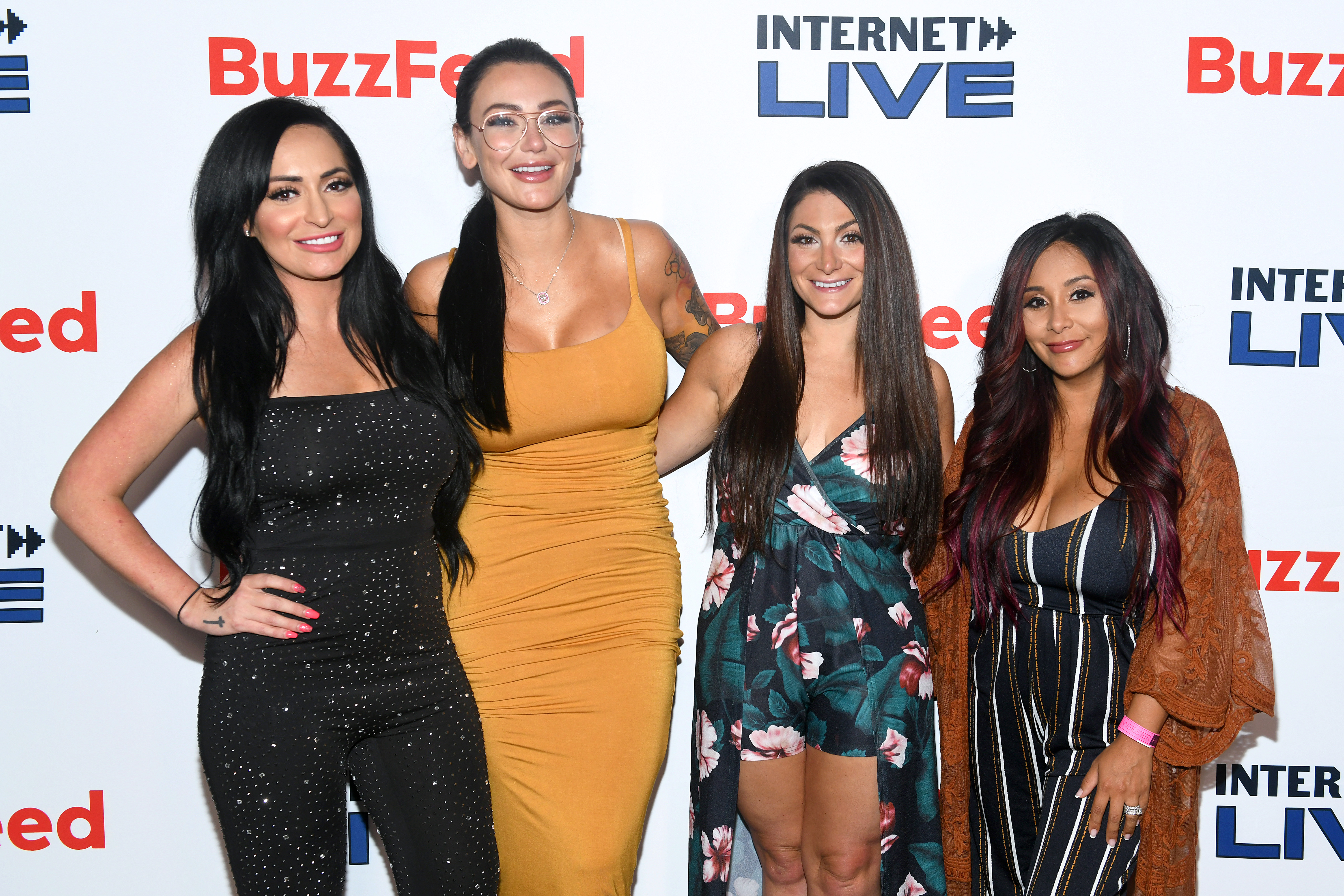 She told her co-stars about the couple’s non-existent sex lifeCredit: Getty Images – Getty

The MTV star said: “I had to hire a lawyer because s–t started hitting the fan.”

“I didn’t want to hire a lawyer, but I felt like I needed to. He hired a lawyer. He blocked me. He won’t talk to me.”

Additionally, Angelina claimed she caught Chris going out to a bar with a 22-year-old and then going back to a hotel with her and some friends after she put a tracking device on his car. 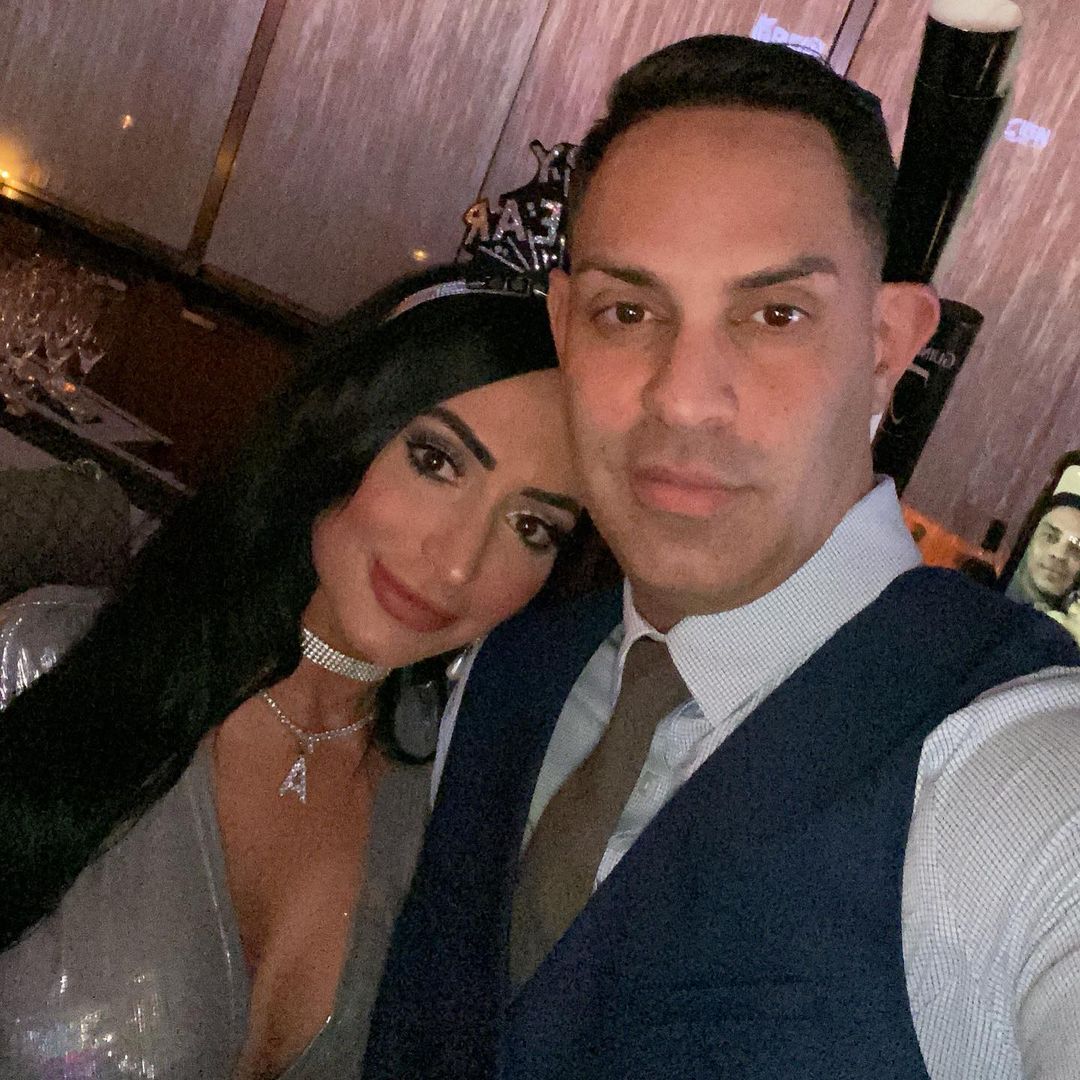 Angelina’s troubled marriage has been documented on the most recent season of Jersey ShoreCredit: Instagram