A tough go of it. Jennifer Lopez seemingly referenced how her twins, Max and Emma, are upset amid the news of her split from ex-fiancé Alex Rodriguez.

Lopez, 51, posted a FaceTime call screenshot to her Instagram Stories on Friday, March 12, of her daughter being hugged by the teen’s father and the singer’s ex-husband, Marc Anthony, without giving any context.

“When they are sad but momma and daddy are there #coconuts,” the “On the Floor” singer wrote. “I love you!! So proud of you.” 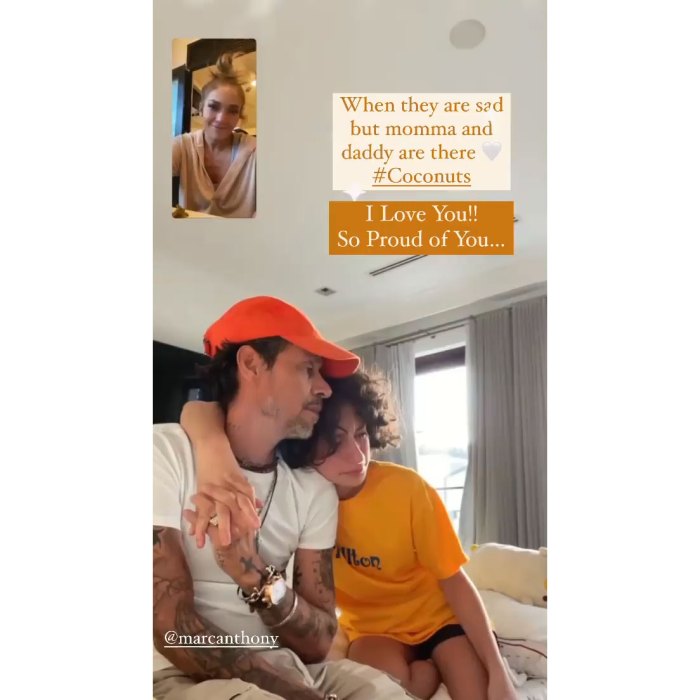 Us Weekly confirmed on Friday that Lopez and Rodriguez, 45, had split and called off their engagement. The former couple began dating in 2017 and got engaged in 2019 during a tropical island getaway.

The A-listers forged a blended family as they geared up to finally say “I do.” While the “Ain’t Your Mama” singer shares her 13-year-old twins with Anthony, the former MLB player coparents daughters Natasha, 16, and Ella, 12, with ex-wife Cynthia Scurtis.

“[Cynthia and I] positioned what could be perceived as a negative into a positive by saying to the girls, ‘Look, now you don’t have one house, you have two houses,’” Rodriguez said of his daughters on the “Raising the Bar” podcast in January. “‘You don’t have two parents; you have four parents. Lucky you.’ The more, the merrier.” 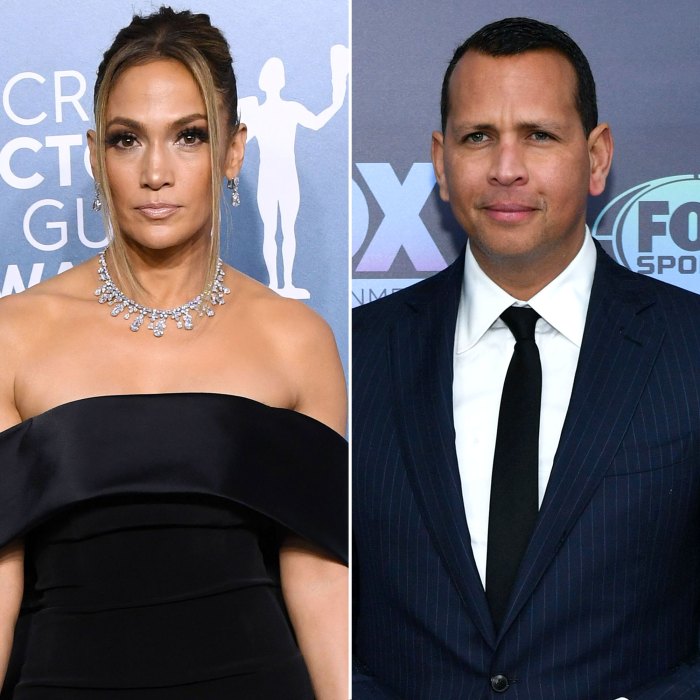 The former New York Yankees player added, “That is by far the most important thing in my life, my two beautiful girls, and now our four kids.”

In December 2020, the Hustlers actress revealed that the pair had to postpone their wedding twice due to the coronavirus pandemic.

“We kind of have let it go for a second, and I don’t know what we’re going to do. We talk about [the wedding being] small [or] big,” she told Access Hollywood at the time. “And I think we just feel like, ‘Let’s just wait it out.’ There’s no rush, we’re good, everything’s cool and it’ll happen when the time is right. I feel like it’s not a huge priority to go and have a big wedding right now, that’s not what life is about.”

Later that month, she revealed to Andy Cohen that the pair have “for sure” talked about never getting married as well.

“I mean at our age, we’ve both been married before, it’s like, do we get married? Do we not? What does it mean for us?” she continued. “It comes down to, like, personal, like, what do you want to do? There’s definitely no rush though.”