“I’m happy for her. I’m happy for them,” Mathews, 45, said in the latest episode of his “Champ and the Tramp” podcast, per TMZ. “I don’t know Zack well, but what I do know of him … he’s good to my children. Jenni seems very happy. They seem very happy together.”

The Rules According to JWOWW author, 35, and Mathews tied the knot in October 2015 and share daughter Meilani, 6, and son Greyson, 4. Farley filed for divorce in September 2018, citing “irreconcilable differences.” Things turned messy between the former couple when Farley accused her now-ex of abuse in January 2019, which he denied at the time. 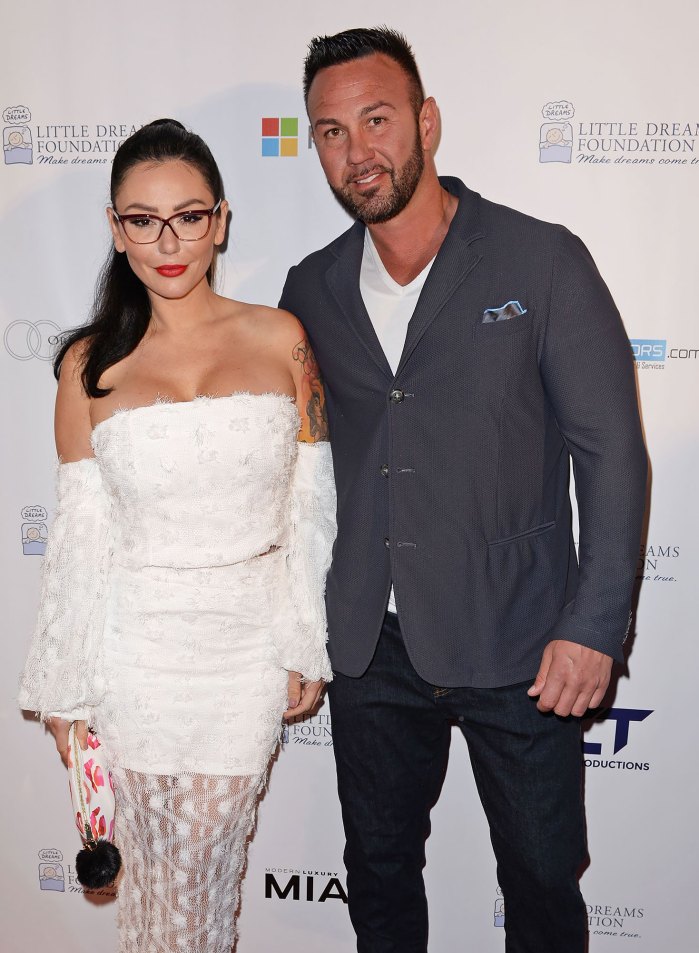 Two months later, Farley moved on with Carpinello, 26. After a brief split, the twosome rekindled their flame in December 2019 and have been going strong ever since. The MTV personality announced her engagement on Tuesday, March 9, sharing a photo from the romantic New York City proposal.

“On 2.27 I said yes on the top of the Empire State Building,” she gushed via Instagram.

Since finalizing her divorce from Mathews in August 2019, the New Jersey native has focused on making coparenting as seamless as possible. Though Mathews admitted he and the wrestler aren’t particularly close, he has “no reason to have any beef” with his ex-wife’s new man.

“I’m happy for Jenni,” the podcaster added. “We went through some nasty s–t. … We live very public lives. And I take an incredible amount of responsibility for that, I did s–t I should have never done. I’m sorry for it … so why am I going to have resentment? We’re done, our time together is over, with the exception of being parents to two wonderful kids.” 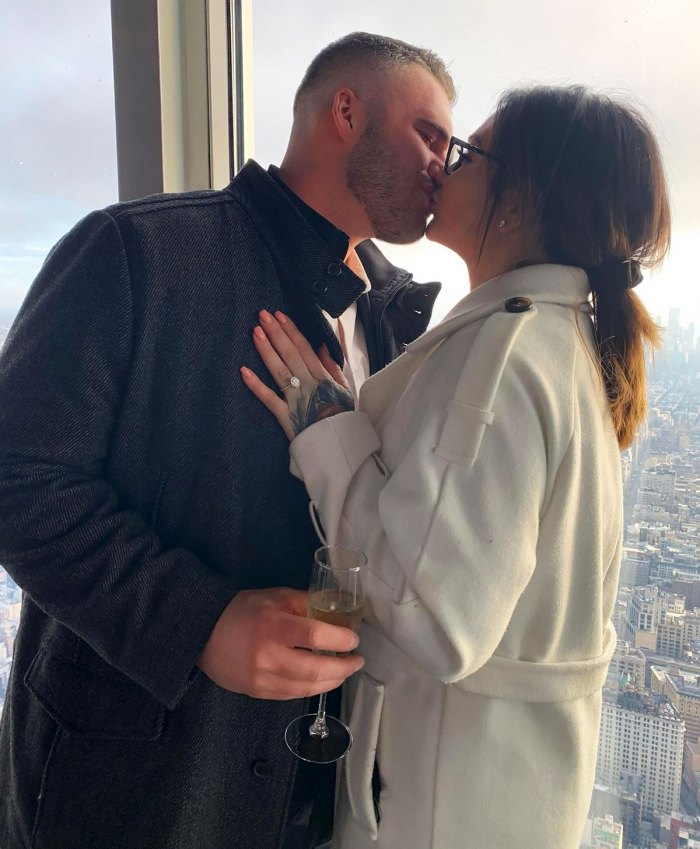 Mathews said he would “never want” to keep Farley from what makes her happy, despite their somewhat rocky divorce. “We live different lives now, we live in different worlds,” he continued. “We’re obviously always going to be connected for [our] kids. … I wish her all the best.”

In January 2020, Mathews sparked a romance with hairdresser Danielle Miele. When it comes to walking down the aisle again, the entrepreneur would never say never.

“Only an idiot would say ‘never’ about anything … but I’m very content,” Mathews said. “My role in life is to be a dad, that is my role. I’m very happy in my relationship, but we’re not talking about engagements and marriage.”