The actress said she doesn’t have any regrets after the show ended (Picture: NBC)

Jane Levy has spoken out on Zoey’s Extraordinary Playlist’s shock cancellation, saying she ‘doesn’t have any regrets’.

It came as a surprise to fans when the series was dropped by NBC last week after negotiations to move to the streaming service Peacock broke down.

The 31-year-old actress told Vanity Fair: ‘Honestly, the main feeling I have is gratitude. I feel like I did everything that I wanted to with this show.

‘If it’s over, I don’t have any regrets. I gave it my all and so did everybody else.’

Discussing her experience with fans of the series, Jane added: ‘Our show is about connection and empathy and community and grief. These are all the themes that we’re dealing with globally.’ 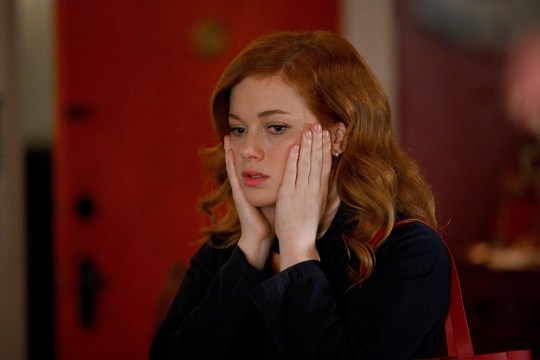 ‘People write to me out of nowhere and say that they were able to process their grief…through watching. It has been such an amazing relationship between the people who watch it and the people who perform it.’

She went on to say: ‘I’m sorry, but I have to say this: I look at the new NBC lineup, and it’s like, ‘Okay, we could watch a lot of shows about crime and guns.

‘Our show is about love. It’s a real shame to take that off the air… I feel like it’s the wrong move.’

The future of Zoey’s Extraordinary Playlist still hangs in the balance, with plans to find a new home for the series yet to be confirmed.

Zoey’s Extraordinary Playlist is available to stream on Hulu.