Her lips are sealed — mostly. Jana Kramer played coy when asked about her recent hints about going on a date with John Mayer.

The 38-year-old actress dished on her love life during an interview with Extra‘s Billy Bush, who playfully asked her, “If you went out on a date with John Mayer … stay in your seat.”

Bush, 50, moved on but not before pointing out to his guest: “You’re also still in your seat.”

The One Tree Hill alum raised eyebrows earlier this month when she shared a cryptic update about her single life with listeners of her “Whine Down” podcast, revealing that she “went on a few dates” with a mystery man during a trip to Los Angeles. 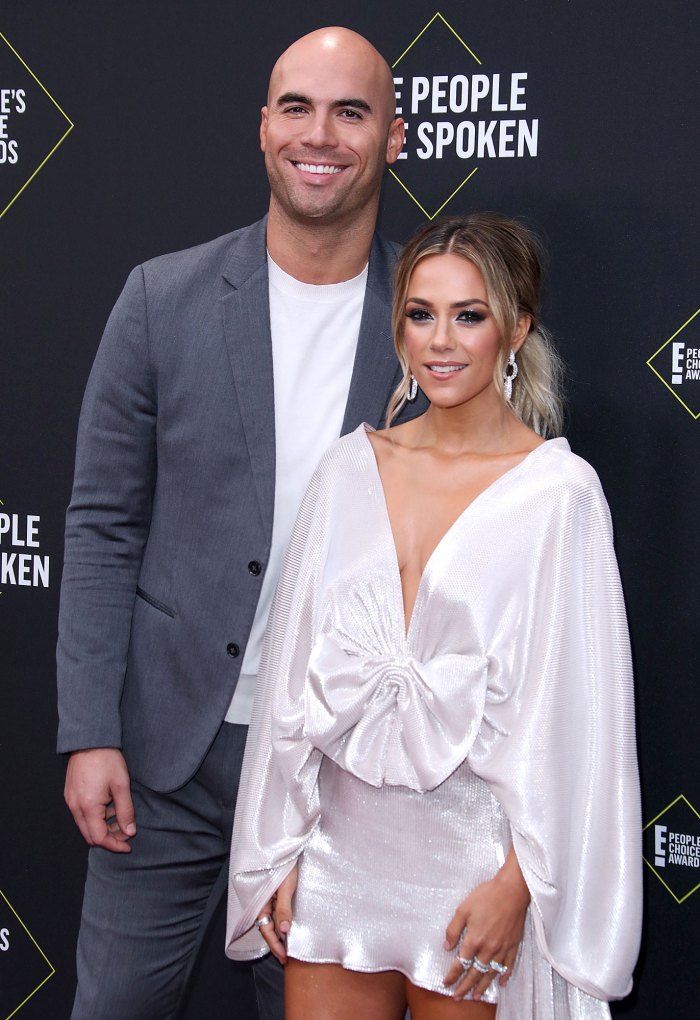 “Is it the person I’m familiar with?” her producer asked, to which the Michigan native replied, “Oh, my body’s not a wonderland,” seemingly referring to Mayer’s hit song from 2001’s Room for Squares.

The former Dancing With the Stars contestant has been vocal about her ups and downs in dating since her April 2021 split from Mike Caussin. The exes navigated several public cheating scandals throughout their marriage before she filed for divorce, finalizing the paperwork in July 2021. Kramer and the ex-NFL star, 35, share daughter Jolie, 6, and son Jace, 3.

In the wake of her split from Caussin, the “Why Ya Wanna” singer was briefly linked to Jay Cutler. During her Extra interview, Kramer said she moved on with the former Chicago Bears quarterback “too soon.”

The Soccer Mom Madam star went on to date Ian Schinelli for several months, but the pair called it quits in May. To work through her broken heart, Kramer turned to her music.

“I can’t really say who it’s about,” she told Bush of a new song titled “The Nicest Thing,” as he wondered who inspired the track. “I think it’s [about] anybody that’s come into your life, that you’re just like, ‘Oh,’ like, ‘It was such a headache that it would have just been nicer to not have even said hello to each other.’ I mean, there’s definitely an element of that relationship for sure. I wish both of us would have saved ourselves from that.”

She continued: “I think for me, [writing music] was just kind of a fun, sassy way to just go, ‘You know, dating can be tough … and sometimes the nicest thing that I could possibly say about our relationship was just that, like, I just wish we never even said hello to each other.’”

Kramer then admitted her fling with Cutler can be applied to the song. “That would have been a nice one to not said hello,” she quipped, referring to the lyrics.

Despite all of her highs and lows, Kramer is still “so open to meeting people” and hopefully finding The One. “I’m definitely going on dates but there’s been no one that serious,” she explained. “I really have enjoyed just kind of getting to know what I want, what I don’t like and I really enjoyed just dating this summer. … I’ve never just dated without getting into a serious relationship, so it was nice to kind of go, ‘OK, let me, like, really get to know this person,’ because I think I’ve definitely in the past have gone way too fast into things. And so I’m trying to, like, take my time and just, like, very slowly date and that’s been really fun.”