Always by her side. Jamie Lynn Spears’ husband, Jamie Watson, spoke out after his sister-in-law, Britney Spears, addressed her conservatorship in court for the first time since it began in 2008.

“I can assure you her family loves her and wants the best for her,” Watson, who married the Zoey 101 star in 2014, told The New York Post on Friday, June 25. “I wouldn’t be around people who weren’t. Who wouldn’t want to be in support of Britney?”

Britney, 39, appeared in court via Zoom on Wednesday, June 23, and didn’t hold back about the pressure she’s felt after being placed under her conservatorship in the wake of her public breakdown and divorce from Kevin Federline in 2007.

“I haven’t done anything in the world to deserve this treatment. It’s not OK to force me to do anything I don’t want to do,” the Grammy winner told the judge in her testimony. “I’ve lied and told the whole world I’m OK and I’m happy. … I’m not OK, I’m not happy, I can’t sleep.”

The “Circus” singer claimed that the legally binding agreement, controlled in large part by her father, Jamie Spears, has done “way more harm than good” over the years. “I deserve to have a life,” she stated. “I just want my life back. It’s been 13 years and it’s enough. It’s enough and it makes no sense at all. … I’m done. I want to sue my family, to be totally honest with you.”

Later on, Britney alleged that the conservatorship was “abusive” and that she felt “enslaved” by her 68-year-old dad. “He loved the control he had over me, 100, thousand percent,” she added. 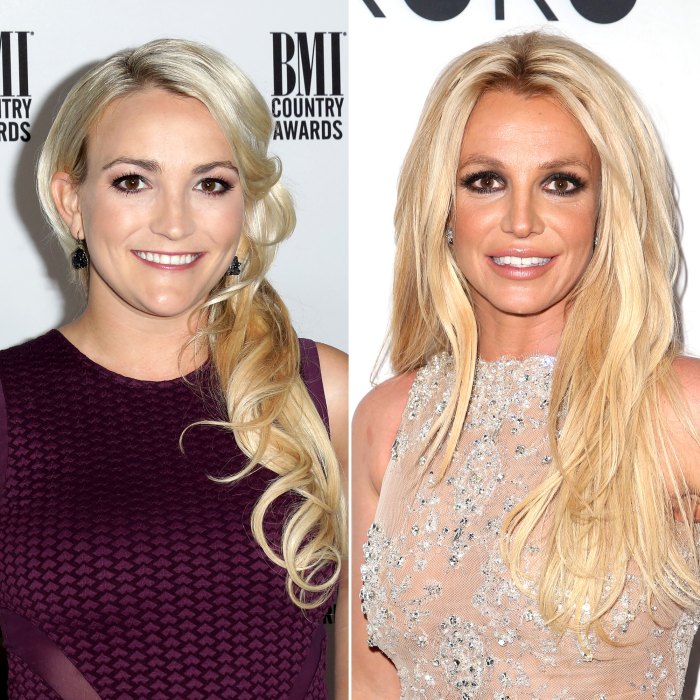 The pop star’s father stepped down as the sole conservator of Britney’s estate in September 2019 amid “personal health reasons.” Since then, the “Toxic” songstress has been fighting to have Jamie removed from the conservatorship entirely.

“My client has informed me that she is afraid of her father. She also stated that she will not perform as long as her father is in charge of her career,” Britney’s attorney Samuel D. Ingham III claimed during a November 2020 court hearing. “We are really at a crossroads.”

At the time, Jamie’s lawyer Vivian Lee Thoreen brushed off the comment as hearsay.

Three months prior, Us Weekly confirmed that court documents amended in 2018 named Jamie Lynn as “trustee” of her sister’s fortune, leaving her with “the entire principal” of Britney’s SJB Revocable Trust in the case of her death.

“Everyone you meet is fighting a battle you know nothing about. Be kind. Always,” a quote uploaded to her Instagram Story read. Alongside the post, Jamie Lynn urged her followers to “do better” by not repeating “the mistakes of [their] past.”

Britney has been on hiatus from performing since January 2019. During her emotional hearing on Wednesday, she told the court she “would like to move progressively forward” from her rocky past.

“It’s embarrassing and demoralizing what I’ve been through, and that’s the main reason I didn’t say it openly,” she said, explaining why she hadn’t come forward sooner. “I didn’t think anybody would believe me.”