There have been romance rumours about Jamie Dornan and Dakota Johnson ever since the Fifty Shades of Grey franchise was brought to the big screen.

However, Jamie has branded the fan theories about the two actors being in a relationship ‘absurd.’

The 39-year-old said he’s even heard theories of the co-stars having children together.

The films have made more than a billion dollars at the box office and the first book in the series, Fifty Shades Of Grey, broke sales records following its release.

Appearing on The Jonathan Ross Show, Jamie, who shares three daughters with his wife, singer-songwriter Amelia Warner, quipped that he already has enough children to deal with. 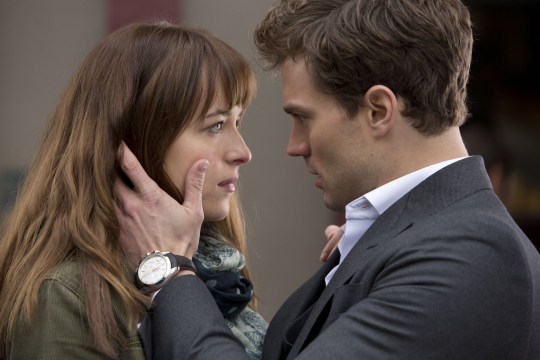 When talking about how ‘lucky’ he has been in his career so far for having ‘a pretty varied number of roles’ come his way, he said Fifty Shades was ‘a one-off.’

‘The Fifty Shades thing, in a way, there’s kind of nobody like him, a one-off unique world and experience, in a way you’re not going to play anyone like him again, which is probably a good thing.

‘I think I’ll be dealing with that my whole life. A million jobs you think you’re changing people’s opinion, there’s people who are married to that idea of you as one thing.’

The star actually revealed recently that he was ‘relieved’ when Charlie Hunnam was originally cast as the businessman in the controversial film series.

Charlie dropped out, of course, so Jamie bagged the part that, arguably, made his career. 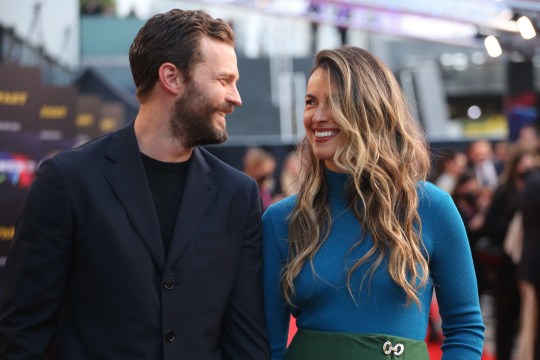 Jamie is happily married and has three children (Picture: Getty)

He continued: ‘There’s a lot of absurd fan theories about that world and those characters and that Dakota Johnson and I have children together.’

‘I don’t know where we keep them. I’ve got three of my own kids to worry about,’ the star joked.

He said ‘you’d like to think there’s no jealousy,’ but the pair have always had ‘friendly competition.’

Jamie and the Theory of Everything star said they were constantly auditioning for the same roles, but still had each other’s backs.

‘[We were] constantly going up for the same thing and preparing each other for auditions and saying, “Good luck, hope it goes well for you there.”‘

The heartfelt film tells the story of a working-class family and their young son whose beloved hometown is caught up in increasing conflict.

Jamie plays Buddy’s father opposite Caitriona Balfe as his mother, with Dame Judi Dench as his grandmother.

Belfast is in cinemas now.

The Jonathan Ross Show airs on Saturday at 10.05pm on ITV and ITV Hub.