No Time To Die is set for release in September – but James Millar has been told he has weeks to live (Picture: MGM/REX/Shutterstock)

A life-long James Bond fan has made a desperate plea to watch No Time To Die after being given ‘weeks to live’.

The highly-anticipated next instalment of the Bond franchise, starring Daniel Craig, has suffered a string of delays due to the coronavirus pandemic but is finally due to hit cinemas on September 30.

James Millar has loved the iconic action movies since he was a small boy and, like almost every Bond fan, has been anticipated the release of No Time To Die. However, he was diagnosed with pancreatic cancer in May and told he has ‘weeks to live’.

His daughter Remy has now launched a campaign for Bond producers to grant Millar special access to an early screening of the blockbuster.

Speaking to Unilad, Remy said: ‘My dad was suffering from back pain for a few months, but that’s nothing unusual for anyone these days, so we didn’t think it was anything urgent.

‘Unfortunately, it kept getting worse and worse, and coupled with some extreme weight loss, it became obvious that something far more sinister was going on. By the time we got the diagnosis of pancreatic cancer on May 28, it had spread so far (his liver, lungs, and bones), that he was too weak to even be offered chemotherapy and there was nothing the doctors could do.’

Remy added: ‘On June 11, they told him that, based on his current physicality (jaundice, and being unable to walk or look after himself), they predict he only has weeks left to live.’

She added that watching No Time To Die would provide an ‘escapism’ for Millar, 57, and would allow him to ‘lose himself in a world he’s always loved’.

On a personal level, Remy hopes it would be an ‘amazing memory as a parting gift’.

Alongside her social media video, which she hopes reaches Universal Pictures, Remy wrote: ‘Asking for some help for a Bond fan. 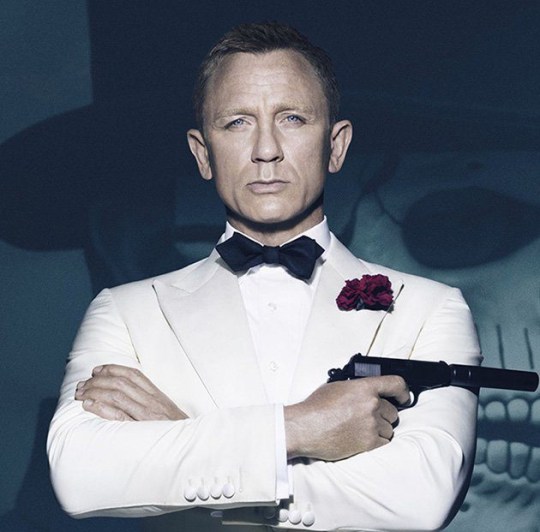 Daniel Craig will make his final appearance as James Bond in No Time To Die (Picture: Rex Features)

‘My dad is a lifelong James Bond fan. But he’s been given weeks to live at the age of 57, and he won’t make it to the #NoTimeToDie release date. Please can anyone help?’

Her followers have been moved by Millar’s plight with one commenting: ‘

Sending lots of love and I really hope your dad’s wish comes true.’

Another said: ‘Oh Remy ❤️ I’m so sorry, I really hope someone out there can make your dad’s day and sending you loads of love x.’

‘Such a brilliant idea Remy, sending you lots of love,’ another follower wrote supportively.