James Arthur falls in with the mafia in the darkly funny music video for his new single September.

The romantic track shows off James’ distinctive gravelly vocals as he sings about wanting to stay with his lover forever and ‘start a family’.

He teamed up with director Bryan Schlam for the visuals which follows James as gets mixed up with the mafia don father of the woman he loves.

Shot in Los Angeles the video shows James helping to bury a murdered body, throwing up as they try and drag the corpse around.

Other scenes show him being threatened by the mafia family as the girl’s father holds a knife over his head, and wielding a wrench as he is forced to attack a man who witness the family assaulting a waiter.

The X Factor star is hugely proud of how the video turned out, and praised its movie-style feel. 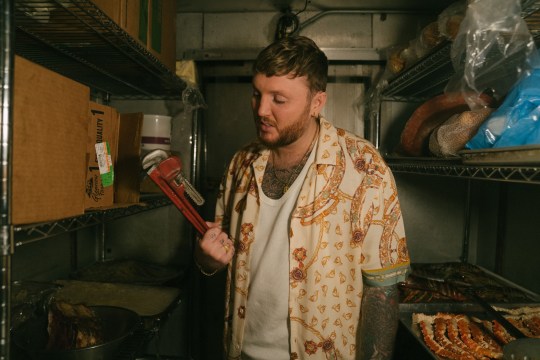 James is forced to do the honours 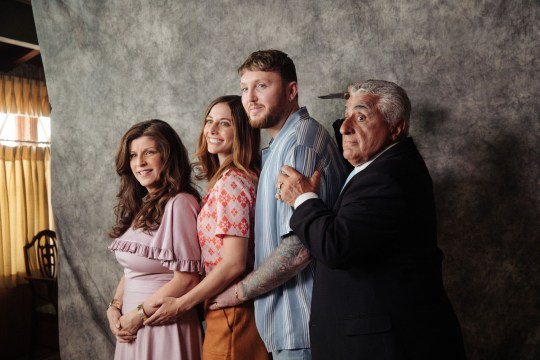 His girlfriend’s dad is not a fan…

In a comment on YouTube James said: ‘The music video for September is not like any other music video I’ve ever done before it was effectively a movie!

‘And it was shot over 2 days where I got to do some comedy acting with some seriously talented people and work with a director that I’m a huge fan of the genius Bryan Schlam. So pleased how it turned out, let me know what you think.’

The song itself includes the lyrics: ‘Sometimes I get a little bit jaded /Too much pressure just to make it/You smile when I’m angry and I hate it/But I’ll still love you for the rest of my life.’

The Medicine singer triumphed on The X Factor in 2012 and previously spoke out in defence of the series, which has been off air since 2018.

He told Metro.co.uk: ‘I think the format of the show was something that people had gotten used to I would say. It got to the point where people knew what to expect. I suppose people consume television in a different way now.

‘I think maybe there’s a few tweaks to be made to make it more engaging or something that young people can consume.

‘I certainly think it’s still a great platform if the right person comes along in sound and look, they can still produce stars for sure.’

September is out now.