James Acaster is turning back to a childhood passion (Picture: Dave/REX)

James Acaster has revealed that he’s been turning his hand to music amid his successful comedy career, fulfilling a dream he’s had since he was a child.

The comedian revealed he’s got a record label on board for a music project he started during lockdown.

‘If I’m honest, what I’m most excited for career-wise is music projects I’ve done during lockdown,’ he told Metro.co.uk. I have a record label for them now and it’s going to be released next year, and I’m really excited about that. It’s been really fun.

‘I’m so proud of it. It’s what I’ve wanted to do since I was a little kid. I played drums on it,’ the comedian, who’s gearing up for the fourth season of Hypothetical on Dave, added.

‘I don’t sing in it – I want to point that out to people! But there’s over 40 musicians who have been involved in the project and it’s one of the things I’m most proud of that I’ve ever done.’

In his teens, James was in a band, with the comedian previously speaking about how he tried to make it as a musician before finding success with comedy.

‘I used to drum every day,’ he continued. ‘I think, in lockdown, a lot of people reconnected with old hobbies, or something they haven’t done for a while. I was able to fully immerse myself in making music again and I was lucky enough to collaborate with some of my favourite musicians in the world and across the internet and sometimes in person. 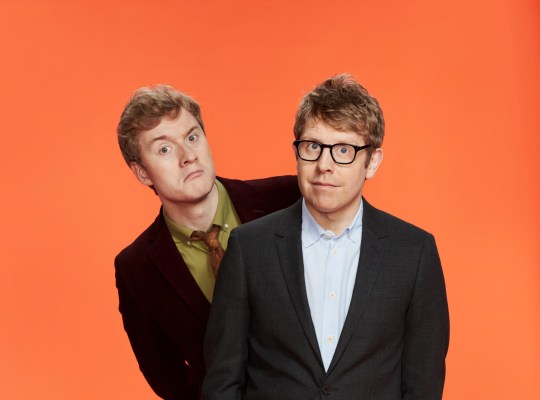 James is also known for his comedy specials and hosting Off Menu with Ed Gamble and Hypothetical with Josh Widdicombe (Picture: UKTV)

‘I feel like this is something that I thought for a long time I’d never get to do and do it to the standard that we’ve been able to do it to as well, as a collaboration, so I can’t wait for people to hear it. Now there’s a label, there’s the long road of sorting out publishing rights so it will be another year, but it’s all done now musically.’

Teasing what we can expect from the new series, he explained: ‘There’s loads of guests on that we’ve not had before. 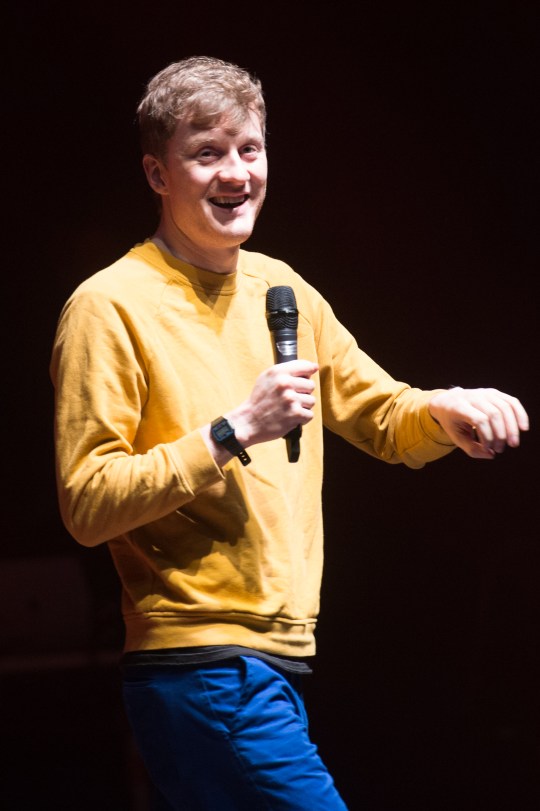 James opened up about his hopes for his music collab (Picture: Redferns)

‘New people who approach the hypotheticals completely differently and also returning guests who are Hypothetical favourites’.

One Hypothetical favourite is none other than comedian Rosie Jones, who James explained is set to cause a bit of chaos this series.

‘Something didn’t go to plan but that made the edit so I’m looking forward to that and it’s in the episode with Rosie Jones and, unsurprisingly, the thing that doesn’t go to plan involves Rosie,’ James recalled.

‘I think with this show, if something doesn’t go to plan, it goes in.’

Hypothetical series 4 airs Wednesdays from May 18 at 10pm on Dave and UKTV Play.