If there was one word Eric Nam would use to describe his new album, it would be “journey”. “I feel like we’re all on a journey, figuring out who we are, what we are, what we love, who we love, and how we live life,” the 32-year-old Korean-American singer tells NME over video call one late afternoon. “The [album’s] songs, the lyrical content – it touches on every aspect of relationships. I think it also touches on various moments in life that we all experience simply as humans, because we’re all human, and we all have the same shared experiences.”

Today (October 15), Nam announces his second English album, ‘There And Back Again’, with the first single, ‘I Don’t Know You Anymore’. Born out of the pandemic and the need to create something new ahead of his 2022 world tour, the seven-track project signifies both a personal and sonic adventure for the K-pop star, who returned to his home in the United States to bring the record to life. But more importantly, it marks his first album as an independent artist, following his departure from longtime label Stone Music Entertainment.

The whole operation towards release day has been “a little nerve-wracking”, he admits. “I don’t know, it’s different being fully independent,” Nam laughs. “I’m excited to get it out. I think people will find that the music is new, it’s fresh. It’s exciting. And it’s an elevated approach to music that I’ve wanted to take for a long time.”

“Fresh” is another descriptor that gets thrown around often during the conversation with Nam, who outlines the creation of his forthcoming record as a continuous but therapeutic months-long process of trial and error. The musical evolution from his prior releases is subtle but effective on ‘Don’t Know You’ – it’s still quintessentially Eric Nam, but whereas his earlier hits banked on K-pop’s surefire synthpop strategy, the new track (and the others to come) lets loose.

Paired with a striking music video that finds the singer channeling his inner Harry Styles as he parades through Southern America in a frilly vintage suit, Nam’s new single launches the singer’s career into a more fascinating and equally exciting new direction. He tells us more.

Why do you think it was important for you to kick off your new era with the song, ‘I Don’t Know You Anymore’?

“I wrote a lot of songs for this album, but after playing all the songs for different people, for everybody on the team, everybody felt like this was the most, I think, friendly for people to listen to. And it’s not a full departure from the Eric Nam sound that I think people may be accustomed to, if that makes sense. I think after this release, we’re going to get a little more interesting with the sounds that are going to be released for the album.”

One thing you emphasised a lot during the promotions was experimentation. Do you recall the moment that motivated you to push your creative boundaries?

“I think the hardest thing about being and staying creative is that you can get stuck in comfort. And when you’re stuck in comfort, you’re not evolving, you’re not changing. So I won’t say there was a certain point, or aha moment, it was just kind of like, ‘It’s going to happen, but let’s make sure we dive into it this time’.

“Even with the visuals, the fashion and everything, I would like to think [my team and I] kind of upgraded it. It’s still Eric Nam, but it’s maybe an even better or cooler version of [him]. I don’t know, is that crazy to say about myself? [laughs]” 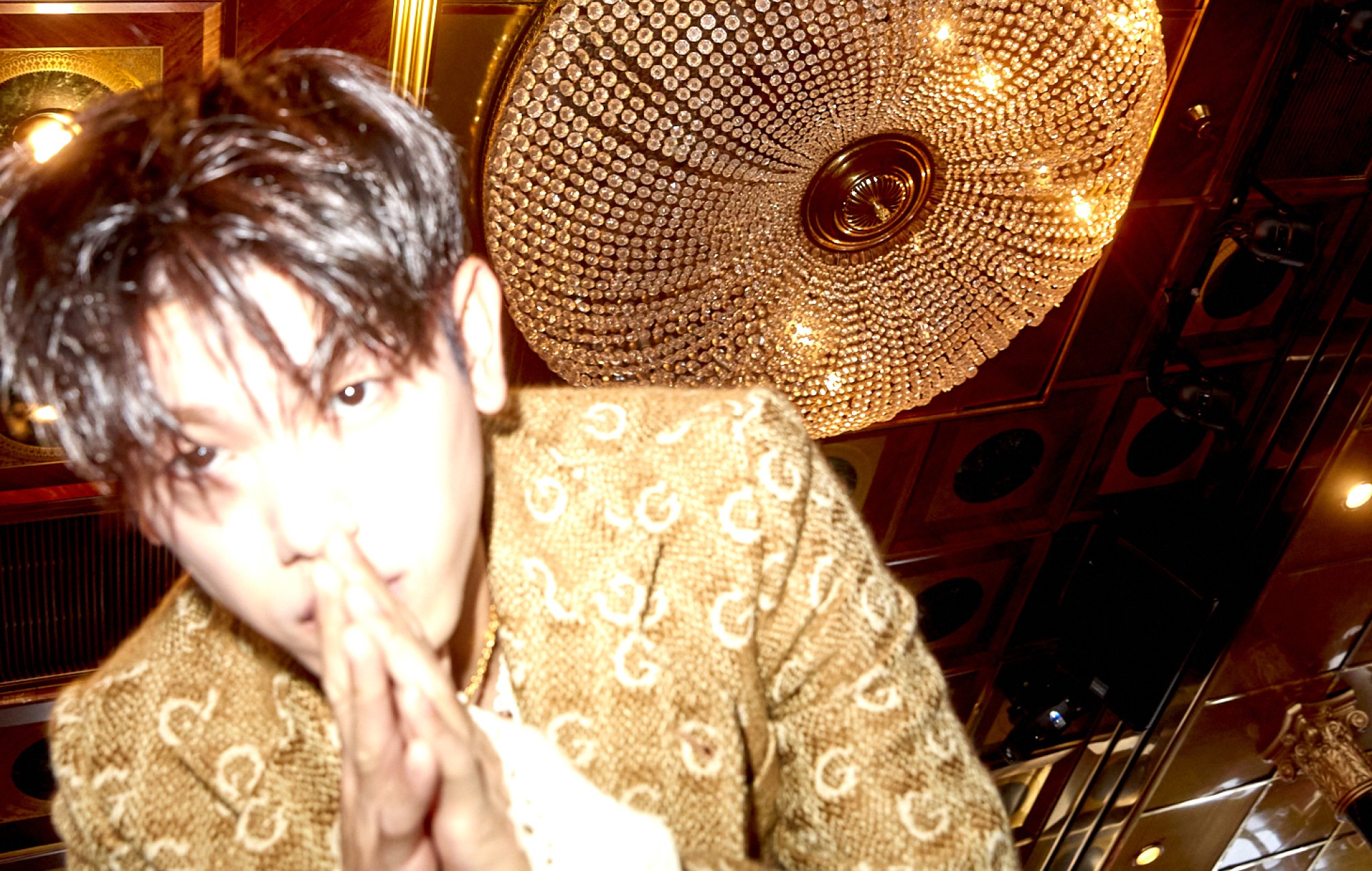 You’ve mentioned that you started working on the album in February and March earlier this year. Looking back, that period was a really difficult time not only for Asian-Americans, but also the Asian community worldwide. Did any of those experiences or the emotions you felt at that time affect the way the album eventually came together?

“I wrote a song that was kind of like, ‘We’re here. I’m screaming. Are you even listening?’ It’s a very emotional song, but I didn’t put it on the album. I just didn’t feel like it was a strong enough song, to be very blunt. I love the intention, I love the lyrics behind it, but musically, it just didn’t feel right to me.

“That’s the thing about putting together an album. It’s like, you write so many songs along the way and some of them really connect both the lyrics and the melodies and the production in a beautiful way. Those are the gems that you’re like this has to go on the album. For other ones, where it’s a completely real and honest and vulnerable moment, but something on the production side just may not fit. And so, I was just like, okay, I got that out of my system, how can we do this in a better or in a more elevated way? That’s how I think my album was affected by it.”

Do you remember what was the first song you wrote for the album?

It’s okay, whatever that made the album’s final cut were obviously your favourites.

“It was weird. Like, there was a moment where I was like, ‘Oh, this is great. Oh, this is good’. And then I would write [more] and I’m like, ‘Oh, wait, this is better. This is going on [the album]’. It was a constant evolution of what I wanted. It was a lot of experimenting. We even experimented to try to do like emo punk-rock. And I was like, ‘This is not it’. But we tried to do it for a while.” 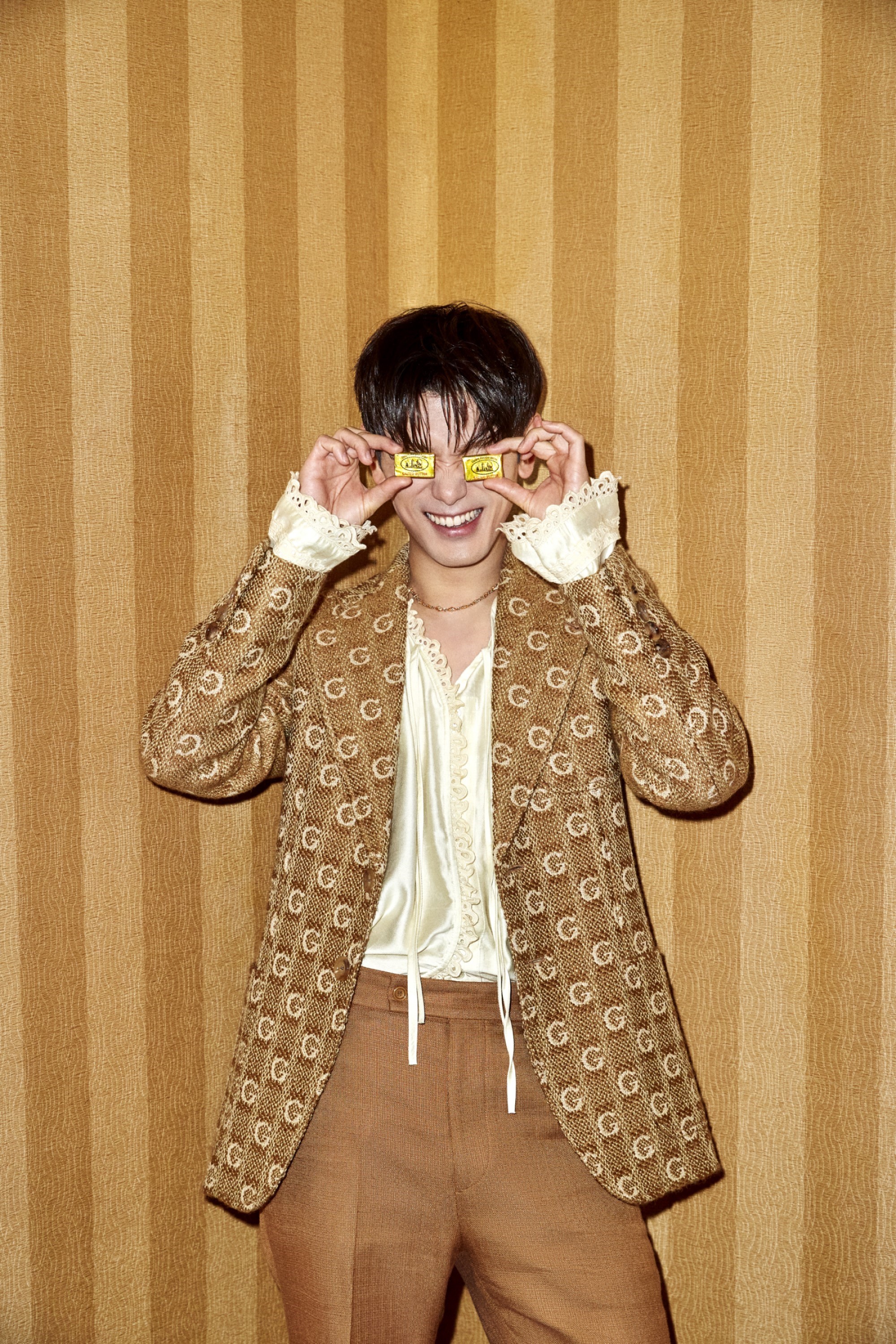 Well now that you’ve teased it, we have to hear an emo-punk Eric Nam.

Let’s talk about the music video for ‘I Don’t Know You Anymore’. What was the concept behind it?

“We shot everything in Savannah, Georgia. I wanted to go to a place that had not been seen on TV or film or digital in a very long time, particularly for an Asian audience. I don’t feel like people in Asia may have seen Savannah in that way.

“The other thing that I had wanted to try was to do photos and themes of, like, seeing an Asian dude in the most unexpected American places. But that got really complicated, so we’re like let’s just strip it down, make the fashion really cool and interesting, and try to just really take advantage of Savannah. I feel like you don’t see or there aren’t a lot of Asians in Savannah. You don’t see a lot of Asian people dress the way that I’m dressed in this video, but also [throughout] the entire album campaign.

“For me, that was like my way of representing and showing a different style with a different background where you may not have traditionally seen on Asian people.”

“Thank you. There’s a lot that we haven’t revealed yet. We shot probably like 11 or 12 different outfits that we’re going to slowly roll out past the album.”