The stars of It’s Always Sunny In Philadelphia have responded to criticism claiming the show has become ‘too political’ in its later seasons.

Rob McElhenney, Charlie Day and Glenn Howerton, alongside Danny DeVito and Kaitlin Olson, have consistently kept audiences in stitches for over 20 years.

With the show launching in 2005, and Danny joining the cast a year later, It’s Always Sunny In Philadelphia hasn’t been afraid to shy away from controversial, taboo and downright horrible plotlines.

In recent years, some fans have begun criticising the show for becoming what they say is ‘too political’ – but Glenn has dismissed this idea.

Speaking on the latest Always Sunny Podcast, the Always Sunny and AP Bio star asked – while doing a mocking impersonation – if they had received comments on social media where people say: ‘The show’s gotten too political, I used to love this show but it’s got too political!’

‘It’s always been political!,’ he said, shaking his head.

The Always Sunny Podcast sees the stars and writers look back at old episodes of the show (Picture: Youtube)

‘It’s not that we take a particular stance on anything,’ he said, adding: ‘We try not to, we try to skewer both sides of any argument.

‘But the show has always dealt with politics, always!’

The most recent podcast saw Charlie, Glenn and Rob discuss the season two episode The Gang Runs For Office, which, as you might guess, was pretty political, which Glenn duly pointed out. 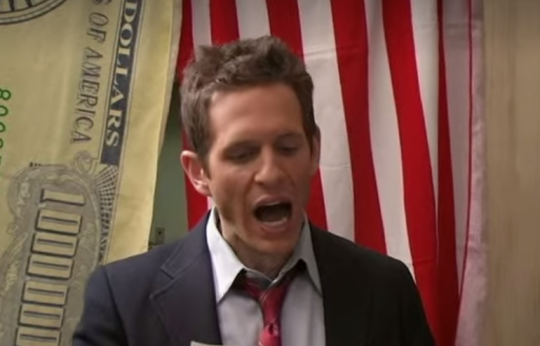 Rob, Glenn and Charlie were discussing the early episode The Gang Runs For Office – which was fairly political (Picture: FX)

He said: ‘So for those people who are like “It’s got too political, it used to not be political!”, this whole episode is about politics.’

Rob backed up Glenn’s point, recalling that in this early episode, his character Mac says there’s no point in voting either Republican or Democrat as both parties ‘blast him in the ass’.

At which point Charlie agrees: ‘It’s all one big ass blast.’

Charlie goes on to say that the phrase still feels true now, but ‘I don’t think people feel the same – I think people are more dug in…’

However he then realises he’s beginning to talk about ‘actual politics’ and feigns falling asleep and snoring, with Rob moving the conversation on by saying ‘there’s other podcasts for that’. 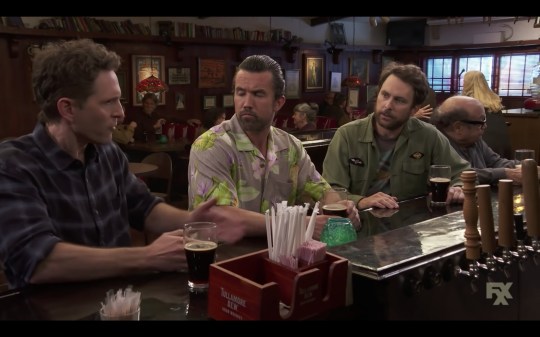 The cult favourite is currently on its 15th season and shows no signs of coming to an end any time soon, despite some viewers’ complaints about it being too political.

Season 15 saw the gang embark on a trip to Ireland, the first time the show was filmed outside of the US – and will drop on Netflix in the UK and Ireland next month.

The Always Sunny Podcast is available on Youtube, Spotify, Google and Apple Podcasts.