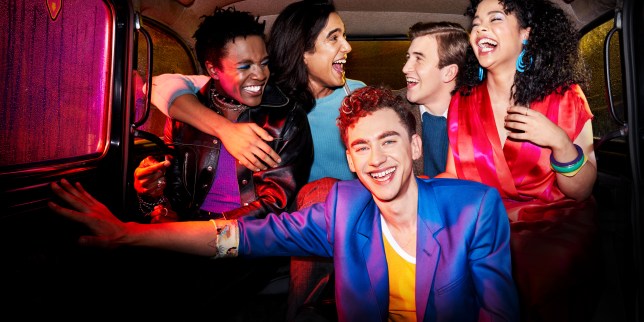 It’s A Sin has been praised for its depiction of the Aids crisis (Picture: Channel 4)

The absolutely beloved smash-hit series, tracking a group of friends dealing with the HIV crisis from 1980 to 1990, left fans absolutely heartbroken over devastating scenes showing how quickly and relentlessly the disease spread among a group of gay men enjoying life to the fullest.

But despite its critical acclaim, Russell has said he has no intention of continuing the show any further, cementing it as a perfect ‘one and done’ series.

‘There isn’t a second season. It was lovely. It said everything I wanted to say,’ he told Hollywood Reporter.

‘The only long-running thing I’ve ever done is Doctor Who and that’s because Doctor Who is designed to be long running.’

Russell admitted he was taken aback but just how successful the show was, with charity the Terrance Higgins Trust revealing its seen a surge in HIV testing as a result of viewers watching the show – leaving him unsure what to do next.

‘I don’t know how I follow something like It’s a Sin,’ he said. ‘I think I’m just going to write something funny.

‘I look at my career and I’m a bit puzzled on when I became such a tragedian, when I’m a really big laugh actually.’ 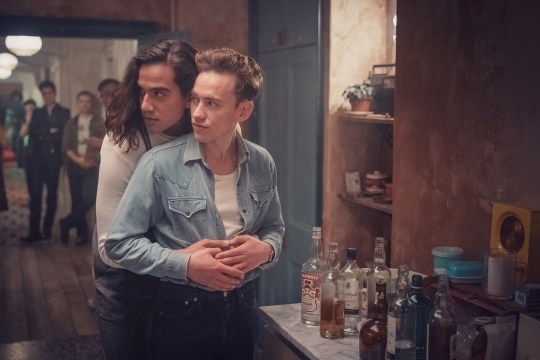 It’s A Sin has been praised as ‘stunningly perfect’ (Picture: Channel 4)

It’s A Sin, which starred Olly Alexander as a happy-go-lucky gay man trying to make his mark on London one lover at a time, has broken streaming records on Channel 4 since its release in January.

The show, originally titled Boys, was meant to run for eight episodes, but later had to be trimmed down to only five, causing storylines for characters including Roscoe (Omari Douglas) to be cut.

It’s A Sin is available on Channel 4OD in the UK, and HBO Max in the US.