Hard to watch. Tom Brady opened up about how stressful it is for wife Gisele Bündchen to watch him get tackled on the football field.

“My wife is my biggest supporter,” the quarterback, 44, said during an episode of his SiriusXM podcast “Let’s Go! with Tom Brady, Larry Fitzgerald and Jim Gray” on Monday, January 24. “It pains her to see me get hit out there.”

Witnessing the ways that his successful career has impacted the model, 41, and their three children has made Brady think more critically about retirement. “She deserves [to get] what she needs from me as a husband and my kids deserve what they need from me as a dad,” the NFL champion explained. “And I’m gonna spend some time with them and give them what they need, ‘cause they’ve really been giving me what I need the last six months to do what I love to do.” 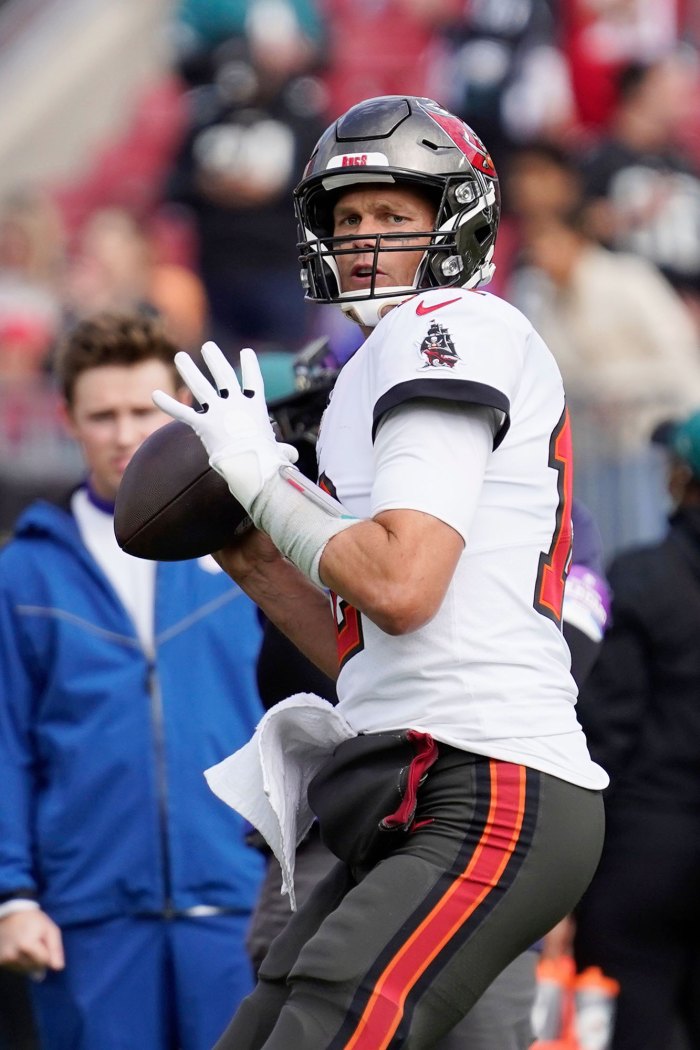 Brady continued: “I said this a few years ago, [but that’s] what relationships are all about. It’s not always what I want. It’s what we want as a family. And I’m gonna spend a lot of time with them and figure out in the future what’s next.”

Ultimately, the football star revealed that the big decision comes down to finding a way to balance his love for the game and his love for the children he shares with Bündchen, Benjamin, 12, and Vivian, 9. (Brady also shares son Jack, 14, with ex Bridget Moynahan.) “My days are meaningful to me. I’m gonna try to keep ’em meaningful to me,” he said. “And, you know, in the meantime I’m gonna do as best I can to enjoy the time that I have not playing football. Because that’s equally important.”

While he still gets a lot of “joy” from playing with the Buccaneers, Brady is also enjoying his time as a father. “There’s a lot of joy in [spending time with family] for me also,” the former Patriots quarterback said, adding that he’s loved seeing “my kids getting older and seeing them develop and grow. So all these things need to be considered and they will be.”

Brady has previously addressed the topic of retirement, confessing on his “Let’s Go!” podcast in October 2021 that Bündchen put her own career on hold in order to raise their kids.

“I think my wife has, you know, held down the house for a long time now, and I think there’s things that she wants to accomplish,” the athlete said at the time. “You know, she hasn’t worked as much in the last 10, 12 years just raising our family and kind of committing to … a life in Boston and then moving to Florida.