Meet the parents, Housewives edition. Lisa Rinna has met her daughter Amelia Gray Hamlin’s boyfriend, Scott Disick, and she’s not afraid to share her thoughts on their relationship.

The Real Housewives of Beverly Hills star, 57, confirmed during the Wednesday, May 19, episode of Watch What Happens Live that she and her husband, Harry Hamlin, have met the Talentless founder, 37.

“Very similar to what you thought when you met him, he’s more handsome in person,” the reality star told host Andy Cohen. “We had a very nice time. He met Harry.” She then added, “It is what it is, guys. It is what it is.”

The model, 19, first sparked romance rumors with the Keeping Up With the Kardashians star in October 2020 at Kendall Jenner’s birthday party, but they didn’t confirm their relationship until February, when they went Instagram official.

“Scott and Amelia really do have so much fun together,” a source told Us Weekly in March. “They’re a great match because they both love to go out and party and are both very attracted to each other.”

Another insider added that Amelia’s parents were “skeptical at first” given the age difference between the couple, but said they started to come around after “seeing their daughter happy.”

Still, when Kyle Richards called Disick “too damn old” in a trailer for RHOBH season 11, Rinna replied, “I know!” 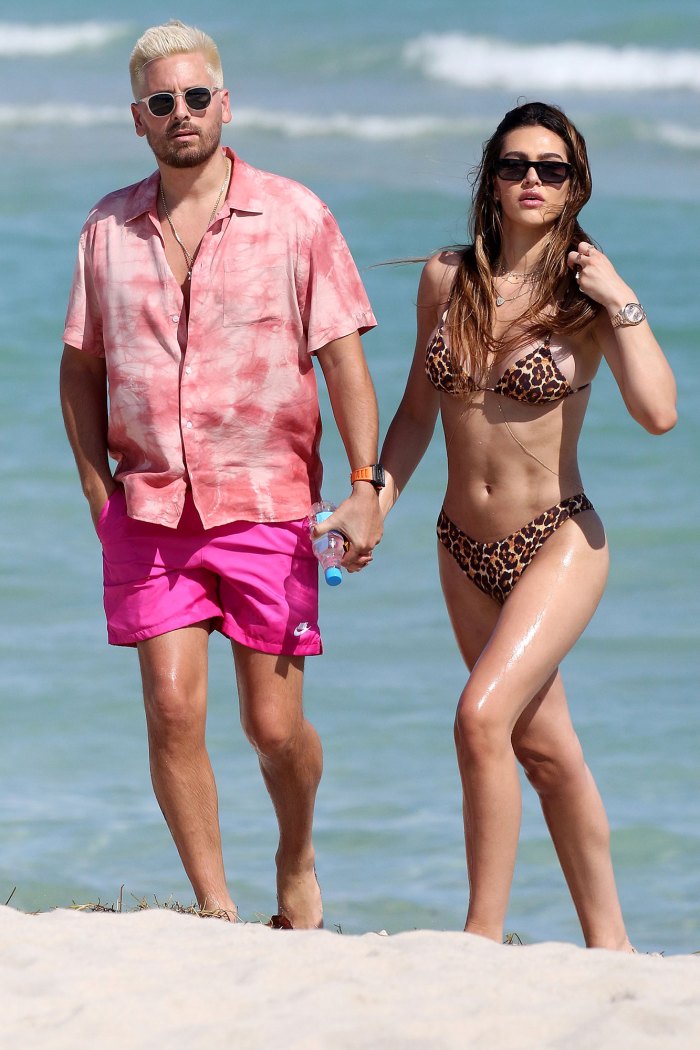 The Melrose Place place alum made her first public comment on her youngest daughter’s relationship in April when she posted a photo of the pair walking on the beach in Miami to her Instagram Story with the caption, “Welp we both seem to share a love of bucket hats.”

The former Flip It Like Disick star, shares three children with ex Kourtney Kardashian: sons Mason, 11, and Reign, 6, and daughter Penelope, 8. Though the Poosh founder, 41, is now dating Travis Barker, the former duo have remained cordial as coparents.

During a KUWTK episode that aired earlier this year — and was filmed before his romance with Amelia — Disick admitted that his close relationship with Kardashian caused problems with ex-girlfriend Sofia Richie, whom he dated from 2017 to August 2020. That doesn’t seem to be the case with Amelia, who enjoyed a family vacation with Disick and the kids in February.

“The Kardashian-Jenner family is super supportive of Scott and Amelia’s relationship,” a source told Us in January. “They really like the two of them together and think Amelia is a great influence on Scott. Scott and Amelia are in a really good place. They have a lot of love and respect for each other and it shows.”

The Real Housewives of Beverly Hills airs on Bravo Wednesdays at 8 p.m. ET.