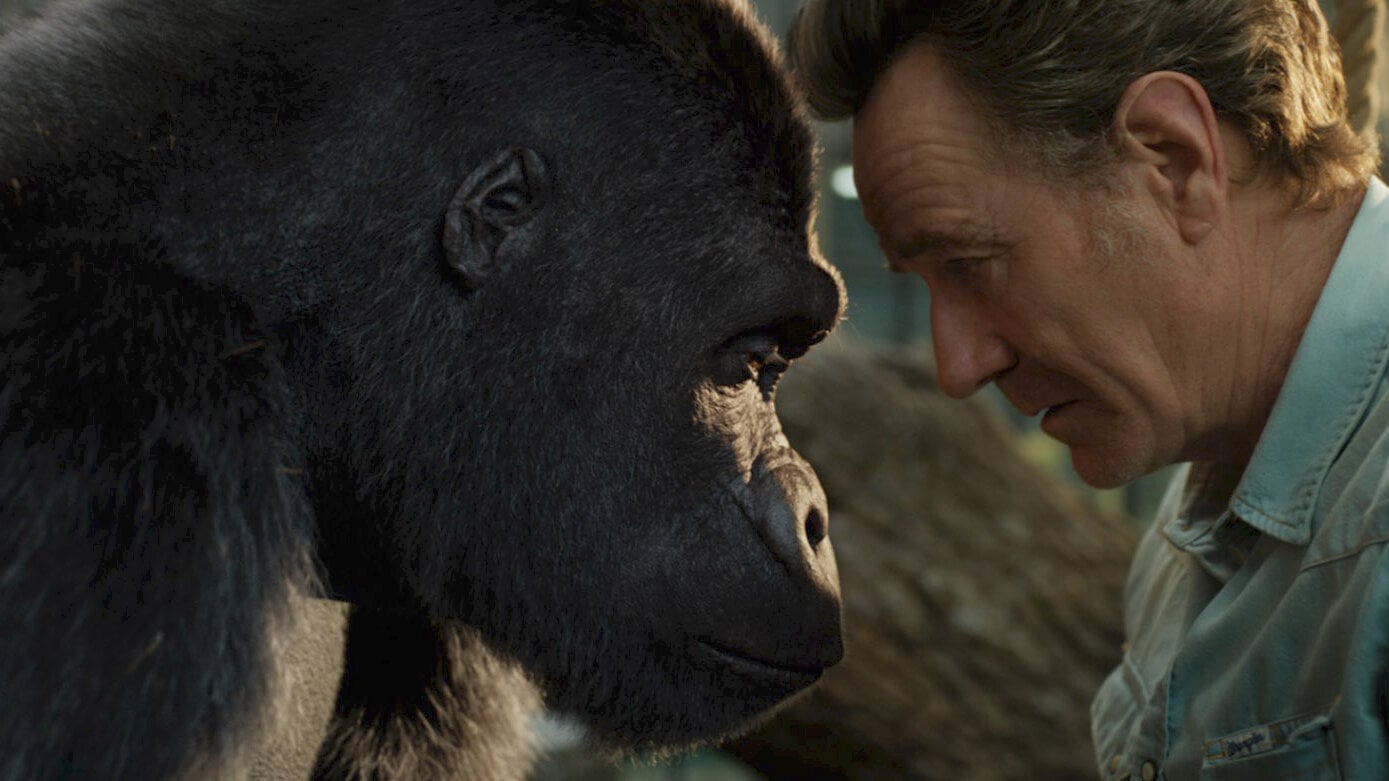 After catching the new Disney+ original movie The One And Only Ivan, it’s safe to say we’re all left with quite a few questions. The unforgettable film, based on the bestselling 2012 book of the same name, traces Ivan, a silverback gorilla who has lived for years in a suburban shopping mall called Big Top. His friends include Stella the elephant, Bob the dog, Murphy the rabbit, and Frankie the paranoid sea lion. They live a monotonous life until the arrival of a new animal to the circus, a baby elephant named Ruby, who brings back memories for Ivan of his young life in the jungle. Memories of how he was captured, and questions about his life, come rushing in, leading him to try to find who he was, and who he wants to be. But how much of this tug-on-the-old-heartstrings story is real? In short, a lot more than you would think!

Is It a True Story Or Not?

This award-winning book, written by Katherine Applegate, is actually based on real life. According to the book’s website, it was inspired by a gorilla named Ivan who lived at Zoo Atlanta from 1994 until he passed away in 2012. However, the path he had to take before his happy life at the zoo was a difficult, traumatizing one. Captured as just an infant along with his sister in the Democratic Republic of the Congo, they were both transported to the US. While Ivan’s sister sadly died en route, Ivan was adopted by a department store owner and raised as a pet in a family home. Once he got too large though, he was moved to a department store “circus” along with an unexpected menagerie of animals in Tacoma, Washington.

Depressingly, Ivan spent 27 years of his life in a cage in the shopping mall. But as people began to learn more about primate behavior, and animal rights activists took hold of Ivan’s cause, public outcry for his condition ensued. He was featured in a National Geographic special called “The Urban Gorilla,” and people began to write letters and beg for his freedom with “Free Ivan” petitions. Once the mall Ivan lived in went bankrupt, Ivan was finally released and transferred to Zoo Atlanta in 1994, where he lived a peaceful life with the largest group of captive western lowland gorillas in the United States.

What Else From The Movie Is Based On Reality?

Apart from the storyline of the movie, which is based on fact, there are a few other details in the film that are weirder than fiction, and actually very real. For one, contrary to what most people would think, it was totally legal to adopt a gorilla in the ’70s in the US, and even take it to a drive-in movie with you like Mack (Bryan Cranston) does in the Disney+ film. Unfortunately, it is still legal to adopt a gorilla in 20 states as long as you have a permit. However, while Ivan ended up getting addicted to cigarettes, the movie is quick to skip over that (it is Disney, after all). Even more, gorillas are known to be excellent painters, so Ivan’s artistic prowess could have also been very real.

You Make My Streams Come True: Daryl Hall & John Oates celebrate one billion streams of ‘You Make My Dreams’